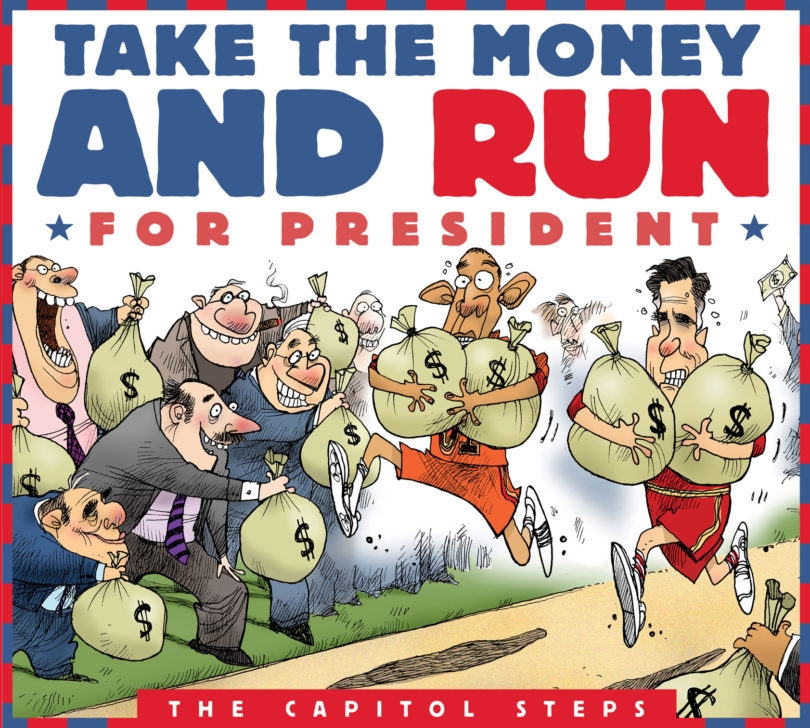 Athens, Ga. – The University of Georgia Performing Arts Center will present a return engagement of America’s equal opportunity offenders, the Capitol Steps Oct. 30 at 8 p.m. in Hodgson Concert Hall. Back by popular demand from last season’s sold-out performance, the political satire troupe makes a perfectly timed appearance one week before the Presidential election.

Billing themselves as the company that put the “mock” in democracy, the Capitol Steps take pride in poking fun at candidates on both sides of the political aisle. Humorist P.J. O’Rourke has said, “The Capitol Steps are what Washington would be like if everyone were smarter and could sing.”

The Capitol Steps began as a group of Senate staffers who set out to satirize the very people and places that employed them. The group was born in December 1981 when some staffers for Senator Charles Percy were planning entertainment for a Christmas party. According to Capitol Steps press secretary general Bill Hurd, “Their first idea was to stage a nativity play, but in the whole Congress they couldn’t find three wise men or a virgin. So they decided to dig into the headlines of the day, and they created song parodies and skits which conveyed a special brand of satirical humor.”

Since then, the Capitol Steps have recorded more than 30 albums, including their latest: Take the Money and Run-for President that has a cover featuring caricatures of Mitt Romney and Barack Obama hauling sacks of money across a finish line.

Tickets for the Capitol Steps are $44 with special discounts for UGA students. Tickets can be purchased online at pac.uga.edu or by calling the Performing Arts Center box office at 706/542-4400 or toll free at 888/289-8497.

The Trashy Book Club of Athens is the performance underwriter. WUGA 91.7/97.9 FM is the media sponsor.