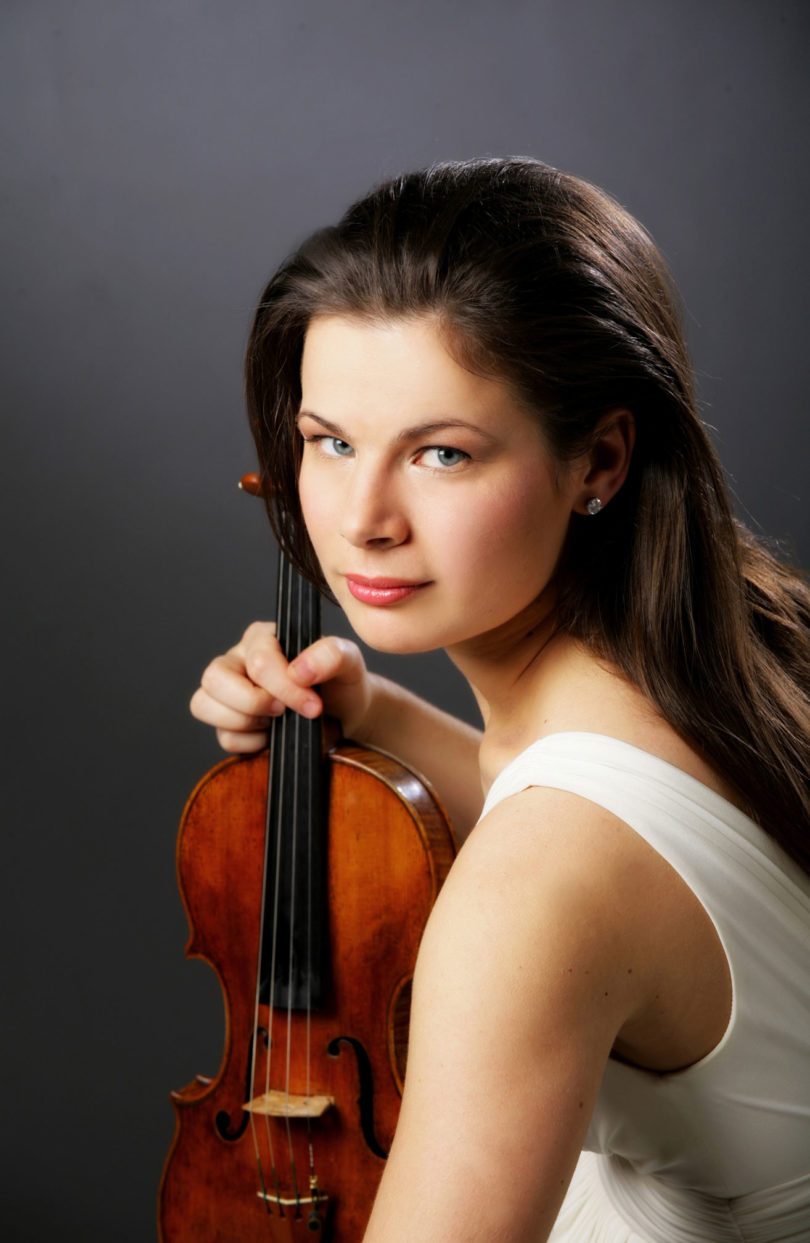 Athens, Ga. – The University of Georgia Performing Arts Center will present award-winning violinist Bella Hristova on Feb. 27 at 8 p.m. in Ramsey Concert Hall. Hristova won First Prize in the 2008-2009 Young Concert Artists International Auditions, allowing for her debut in the YCA series the following season at Merkin Concert Hall in New York and the Kennedy Center in Washington, D.C.

In reviews of her recitals, The Washington Post noted Hristova’s “…impressive power and control,” and The New York Times cited her “…expressive nuance.” The Strad magazine commented, “She plays with passion from the very first note. Every sound she draws is superb.”

Among other international awards, Hristova won First Prize at the 2007 Michael Hill International Competition in New Zealand, followed by a critically acclaimed concert tour of the country. She was awarded a career grant from the Salon de Virtuosi in New York and is a laureate of the 2006 International Violin Competition of Indianapolis. She also has appeared on Garrison Keillor’s A Prairie Home Companion on National Public Radio.

A native of Pleven, Bulgaria, Bella Hristova began violin studies at the age of six. At 12, she participated in master classes at the Mozarteum in Salzburg. Since the age of 13, she has lived in the U.S., where she has studied at the Curtis Institute and Indiana University.

The Athens recital is scheduled to include Schumann’s Sonata No. 1, Janacek’s Sonata for Violin and Piano, and Brahms’s Sonata No. 1. Lithuanian pianist Ieva Jokubaviciute will accompany Hristova. The recital will be recorded for broadcast on American Public Media’s Performance Today, heard by more than 1.3 million listeners across the country.

The Performing Arts Center is sponsoring an educational residency with Bella Hristova in conjunction with her Feb. 27th recital. She will offer educational programs for students in Greene and Oconee counties and will perform with the UGA Symphony Orchestra on March 1 in Hodgson Concert Hall.