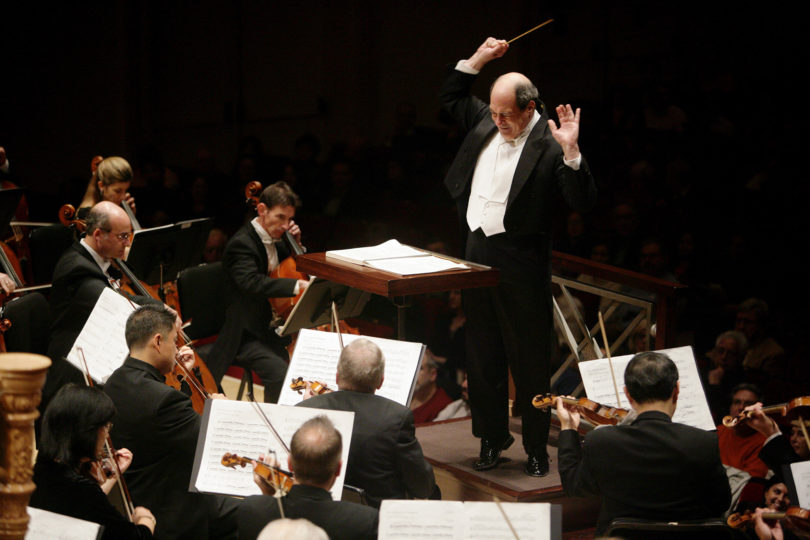 The UGA Performing Arts Center will present the Atlanta Symphony Orchestra Feb. 7 at 2 p.m. in Hugh Hodgson Concert Hall. Music director Robert Spano will conduct the program, which will include the Brahms Violin Concerto featuring ASO Concertmaster David Coucheron as soloist. The concert will also include Richard Strauss’ Till Eulenspiegel’s Merry Pranks and a new ASO-commissioned work by composer Michael Kurth titled A Thousand Words.

Tickets for the Atlanta Symphony Orchestra concert are $25-$65 and are discounted for UGA students. Tickets can be purchased at the Performing Arts Center box office, online at pac.uga.edu or by calling 706-542-4400.

Coucheron has given solo recitals at Carnegie Hall, London’s Wigmore Hall, the Kennedy Center and the Olympic Winter Games in Salt Lake City. He also serves as the artistic director for the Kon Tiki Chamber Music Festival in his hometown of Oslo, Norway.

Kurth’s composition A Thousand Words was commissioned by Spano and the Atlanta Symphony Orchestra and received its world premiere in Atlanta’s Symphony Hall on Feb. 4.

“The title alludes to the inherent difficulty in expressing verbally the images or memories that occupy our minds. When we remember visits to meaningful places, the images we recall are often accompanied by sensory memories and sentiments difficult to capture with words,” Kurth said.

A pre-concert lecture will be given by Ken Meltzer, host of the weekly radio show Meet the Classics. The lecture begins at 1:15 p.m. in Ramsey Concert Hall.