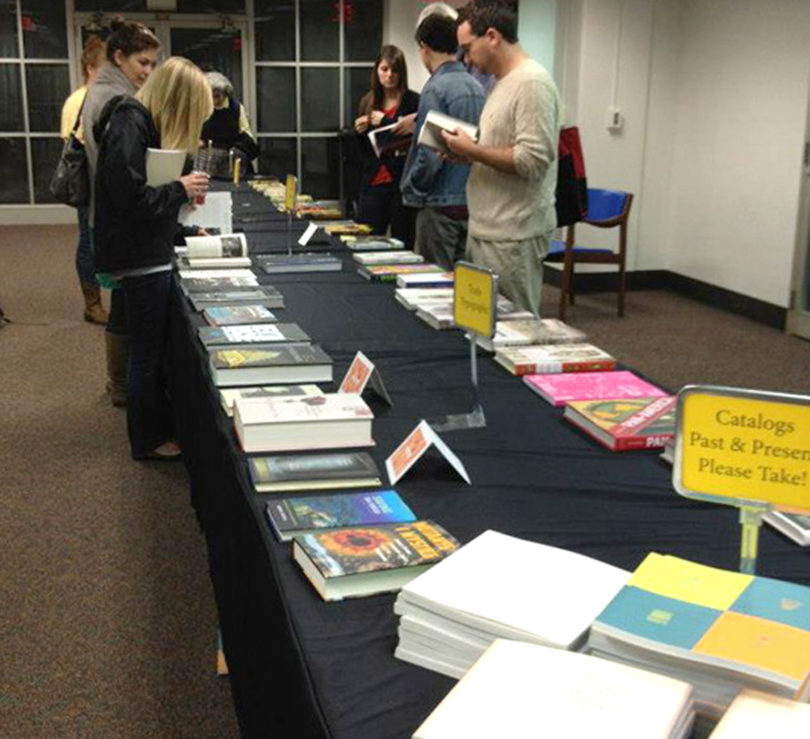 Athens, Ga. – The University of Georgia Press will exhibit the Association of American University Presses 2013 Book, Jacket and Journal Show winners Nov. 11-15 from 10 a.m.-4 p.m. on the third floor of the UGA main library.

The show travels across the country and began last month with a show at the Medieval Institute Publications in Kalamazoo, Mich. The show will end at the University of South Carolina Press in Columbia, S.C. in May.

The show in being held in conjunction with the celebration of the 75th anniversary of UGA Press, the UGA Spotlight on the Arts festival (Nov. 7-15) and University Press Week (Nov. 10-16).

“University of Georgia Press books have a longstanding reputation for beautiful reader-focused design inside and out,” said Lisa Bayer, director of UGA Press. “We appreciate that our professional organization has recognized the talents of our stellar design team with these awards.”

Each year, a panel selects the best books from a variety of categories, including scholarly typographic, scholarly illustrated, trade typographic, trade illustrated, and jackets and covers. This year, the committee received 273 books, 331 jacket and cover design entries and four journals from which to judge. The jurors, composed of designing professionals and AAUP members, selected 51 books and 44 jackets/covers as the best examples of university press design.

UGA Press received awards in the trade typographic category for “Companion to an Untold Story” and “The Rise and Decline of the Redneck Riviera” as well as an award for the jacket of “Love, in Theory.”

The event is free and open to the public. For appointments for individuals or large groups, contact Kaelin Broaddus at 706-850-0279 or kbroaddus@ugapress.uga.edu.