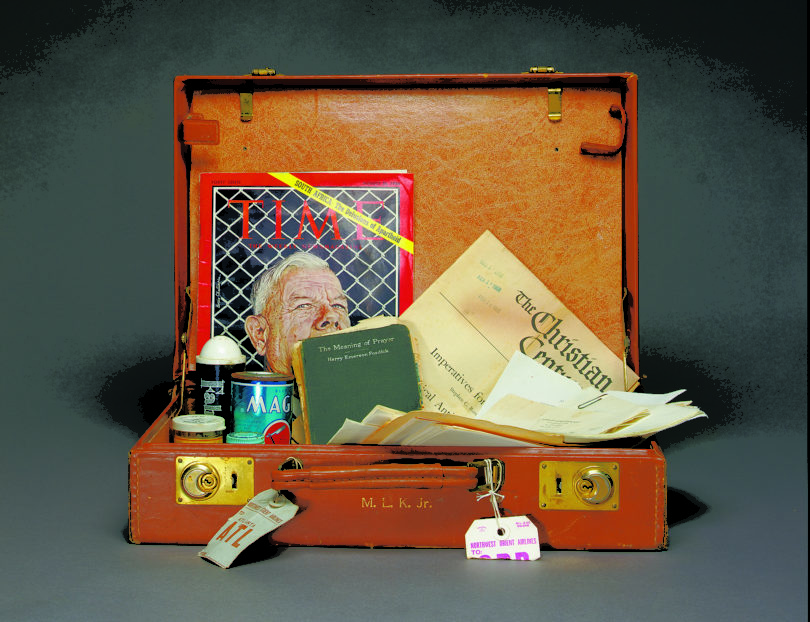 The University of Georgia Press and the Morehouse College Martin Luther King Jr. Collection will collaborate to develop a groundbreaking new series of books using the archives of the Morehouse MLK Collection

Athens, Ga. – The University of Georgia Press and the Morehouse College Martin Luther King Jr. Collection will collaborate to develop a groundbreaking new series of books using the archives of the Morehouse MLK Collection, which includes nearly 10,000 items.

To be written by notable scholars of civil rights, race relations and American history and politics, the series will provide insightful overviews and fresh analyses of King’s intellectual, theological and activist engagement. A variety of themes will be touched upon, including poverty, nonviolence, the Vietnam War, capitalism, racial discrimination, education and civil rights.

Acquired by Morehouse College in 2006, the Morehouse MLK Collection represents a large portion of the Morehouse alumnus’ legacy, spanning the years between 1944 and 1968. Included are hundreds of handwritten notes, personal letters, famous and lesser-known speeches, manuscripts and sermons. Highlights include King’s 1964 Nobel Peace Prize lecture, his 1963 “Letter from Birmingham Jail,” and an early draft of his “I Have a Dream” speech. Of significance are the 1,100 books from King’s personal library, many annotated with handwritten notes.

Drawing upon this wealth of primary documents and source information, the series authors will examine King’s legacy as an activist, theologian, philosopher and political theoretician. Viewing the papers through a 21st century lens will illustrate how King’s words, vision and actions affected other movements and philosophies, and on how others responded to and perceived his work, both during his life and after his assassination.

Walter Biggins, senior acquisitions editor at UGA Press, will work closely with a series advisory board and oversee acquisitions within the series.

“I’m so excited about the series because it situates King within the larger and never-ending struggle for human rights, and because it extends the promise and mission of his work into the present day,” said Biggins. “King should loom larger, and with more complexity, in the world as a result of the series’ groundbreaking work.”

The Morehouse MLK Collection’s director, Vicki L. Crawford, will work with the UGA Press as the series’ general editor, overseeing the vetting of new series prospects and coordinating with the authors. Crawford, herself a civil rights scholar, is coeditor, with Jacqueline Anne Rouse and Barbara Woods, of “Women in the Civil Rights Movement: Trailblazers and Torchbearers, 1941-1965.”

“We are excited about the opportunity to collaborate with the University of Georgia Press to publish a series of books inspired by the unparalleled documents in the Morehouse College Martin Luther King Jr. Collection,” said Crawford. “As a gathering of teachable texts, this series is an important step in our mission to foster greater understanding of Dr. King and the movement for civil and human rights.”

University of Georgia Press
Founded in 1938, the University of Georgia Press is the oldest and largest book publisher in the state. It has been a member of the Association of American University Presses since 1940. With a full-time staff of 26 publishing professionals, the press currently publishes 60-70 new books a year and has more than 1,800 titles in print. It has well-established lists in Atlantic World and American history, American literature, African-American studies, Southern studies and environmental studies, as well as a growing presence in the fields of food studies, geography, urban studies, international affairs and security studies. For more information on UGA Press, see www.ugapress.org/.