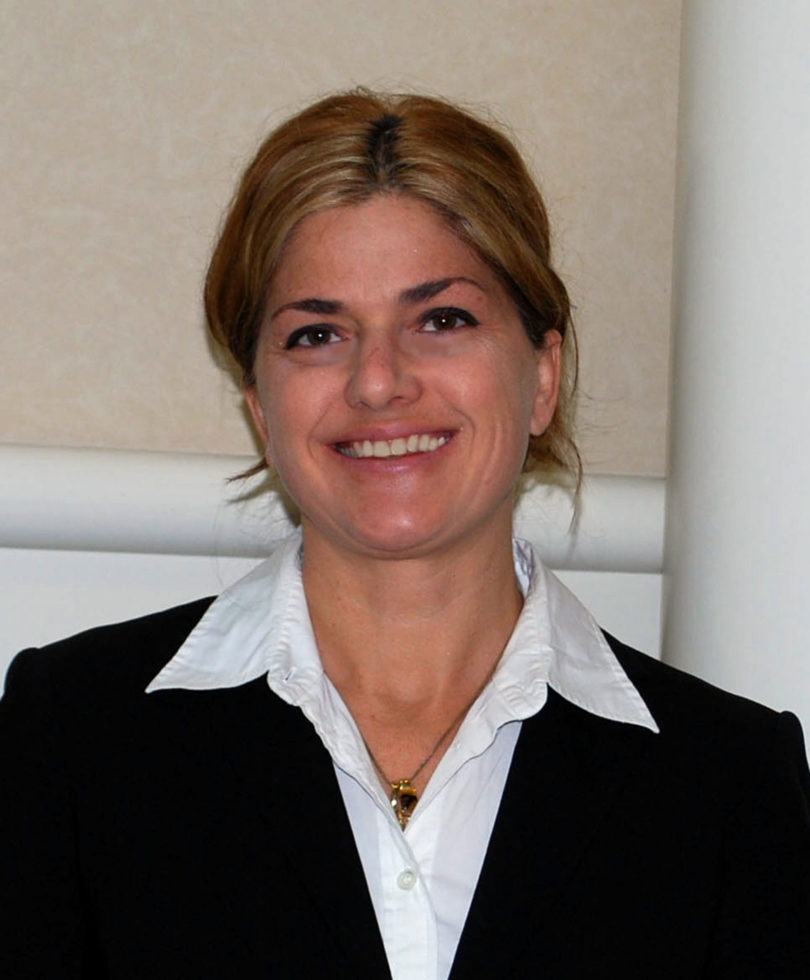 Kelly Happe is an assistant professor who holds a joint appointment in communication studies and the Institute for Women's Studies in the Franklin College of Arts and Sciences.

Athens, Ga. – Actress and director Angelina Jolie made headlines recently when she announced in a New York Times article that she underwent a double mastectomy after testing positive for a mutated BRCA1 gene, which increases her risk for developing both breast and ovarian cancer. Jolie lost her mother to ovarian cancer, and her aunt recently passed away from breast cancer, so her family history also increases her risk for developing these diseases.

Although Jolie cautioned readers that risks are different for each woman and only a fraction of breast cancers result from an inherited gene mutation, her article rekindled an ongoing debate among patients and medical experts about genetic testing and its role in modern health care.

A new book by University of Georgia assistant professor Kelly Happe titled “The Material Gene” adds social and cultural context to the discussion of medical decision-making based on genetic testing. In it, Happe urges readers to consider not only how genetics can affect health, but also how discoveries related to heredity and disease can reinforce negative ideas about social concepts like race and gender.

“I look at a research article written by a scientist as a kind of ‘social text,’ because it shows us how social and cultural ideas work their way into the research process,” said Happe, who holds a joint appointment in communication studies and the Institute for Women’s Studies in the Franklin College of Arts and Sciences. “I want to show how research is shaped by values and norms that we often think don’t exist in the lab.”

For example, Happe argues that people must be cautious in the way they describe genetic mutations and anomalies. Left unchecked, descriptions of genetic predispositions for disease might fuel the belief that certain bodies are inherently and irretrievably polluted or flawed, a view that bears striking resemblance to popular eugenics programs of the early 20th century.

Happe also questions whether the genetics of disease will lead to a fundamental change in the way people think about their own bodies. How might a woman with a mutated BRCA gene think of her ovaries, knowing that her genetic makeup might increase her risk for ovarian cancer?

Angelina Jolie, for one, plans to continue her surgical intervention by having her ovaries removed, which is generally in line with what many doctors would recommend for someone with her family history and genetic predisposition. Doctors often encourage women with a mutated BRCA gene to have their ovaries removed by their mid-thirties, the thought being that this will give them ample time to have children.

Happe notes that this is particularly troubling, as it portrays the ovaries as essential only for procreation. In truth, a woman’s ovaries are an important part of the endocrine system, and their early removal may significantly increase risks for a host of medical problems, including heart disease and osteoporosis.

Women who begin to think of their own bodies as a liability may elect to have medical procedures that are unnecessary and damaging, Happe said. The same phenomenon may also occur when geneticists identify other categories of people-such as members of a specific ethnic or racial group-as predisposed to illness.

Throughout her book, Happe explores how genetic testing has evolved from a tool used to identify one of many potential risks for a disease to a kind of diagnosis in which risk is equal to disease. Like Jolie, many women undergo dangerous and life-altering mastectomies not because doctors have found cancerous cells, but because they have identified a risk for cancer.

“When risk becomes something you act on as if you had a cancer diagnosis, that’s an important conceptual development,” Happe said. “We need to have a conversation about whether that’s a good development or not.”

Ultimately, Happe suggests that both patients and medical experts take a close look at the language used to describe the genetic risk for disease, making particularly sure that they do not create unnecessary fear or open the window for discrimination.

“The genome is one narrative among many about biology and our bodies,” Happe said. “Genes are a kind of information that has to be translated to actual bodies, and those bodies carry unique characteristics that demand recognition and sensitivity.”