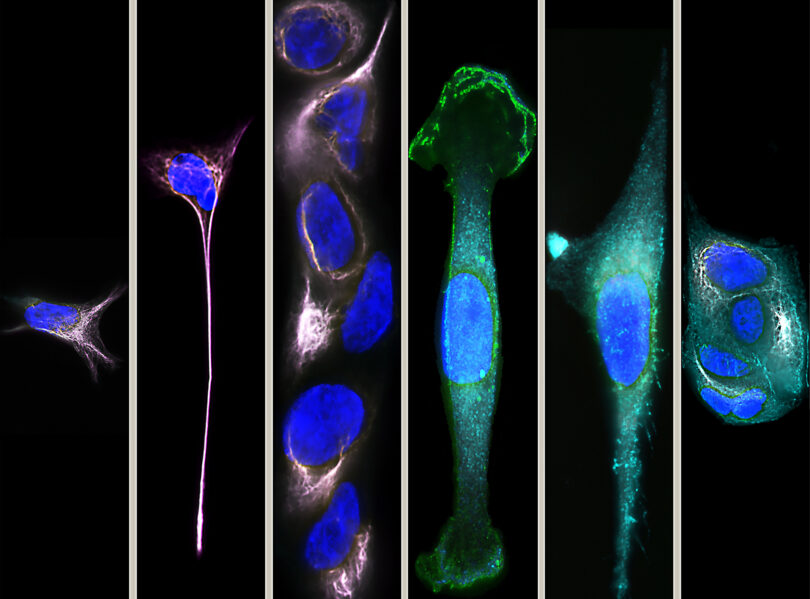 The migration of cancer cells on the new microfluidic device. (Submitted photo)

When cancer develops, tumor cells can break away from the original mass, circulate through the bloodstream and invade other parts of the body. Higher numbers of circulating tumor cells, or CTCs, often correlate with worse outcomes and higher death rates for patients. CTCs are notoriously difficult to track and study — but a team at the University of Georgia has developed patented technology that could help researchers investigate these cells and better understand the mechanics of metastatic cancer.

The key is speed, efficiency and precision. Researchers need to be able to isolate circulating tumor cells from a patient’s blood sample quickly and accurately enough to keep the cells alive to study. Typically, 1 milliliter of blood yields less than 10 CTCs, and even then, those cells may be unsuitable for study. Current technologies tend to capture few cells, lead to poor cell separation and come with major costs. 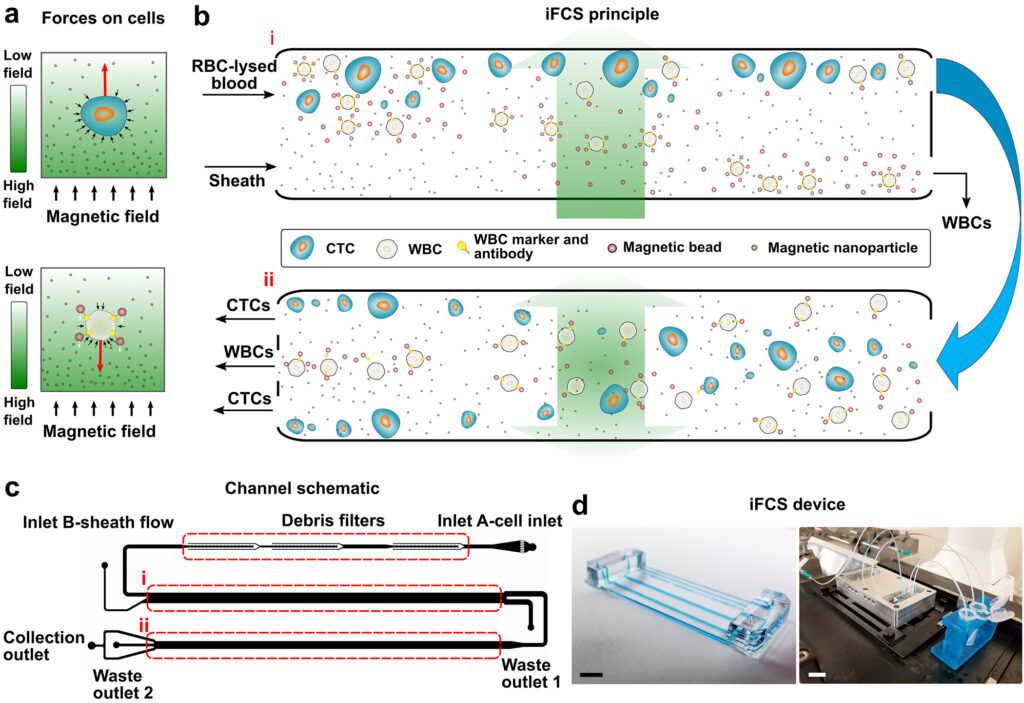 Researchers in UGA’s College of Engineering have developed a high-throughput and high-resolution microfluidic technology, called inertial-ferrohydrodynamic cell separation, that can quickly sort through more than 60 milliliters of samples at 100,000 cells per second. Known as inertial-FCS, this method can also separate cells based on a difference of a mere 1-2 micrometers in diameter.

In addition, the researchers say inertial-FCS can collect more than 99.7% of CTCs and remove 99.992% of white blood cells, which cause contamination and get in the way of research. The team describes its advances in two studies published recently in Lab on a Chip, a peer-reviewed journal of the Royal Society of Chemistry.

“Our technology is optimized in such a way that we can capture all of the CTCs in blood circulation — we don’t let them sneak by,” said Leidong Mao, a professor of electrical and computer engineering in UGA’s College of Engineering.

“We also catch them in a way that they’re still useful, functional and alive,” he said. “Cancer researchers and clinical oncologists could use these cells to try to understand why a patient has aggressive cancer or to develop a better strategy for treatment.”

Essentially, the method is so quick and efficient that the cells behave the same way in the lab as they do inside the human body. During studies, Mao’s team found that the CTCs still demonstrate an aggressive nature associated with cancerous cells, where they migrate faster than other cells and move toward the nutrients that help them survive. In the future, Mao said, researchers may be able to use these observations to understand why some patients have more aggressive cancer than others. It could lead to personalized treatment options as well.

“The potential of inertial-FCS could be unlimited,” said Yang Liu, who conducted the research as part of his Ph.D. studies at UGA and is now completing postdoctoral work at the University of California at Berkeley.

“Any type of cell separation, as long as they have size difference, could be performed with inertial-FCS,” Liu said. 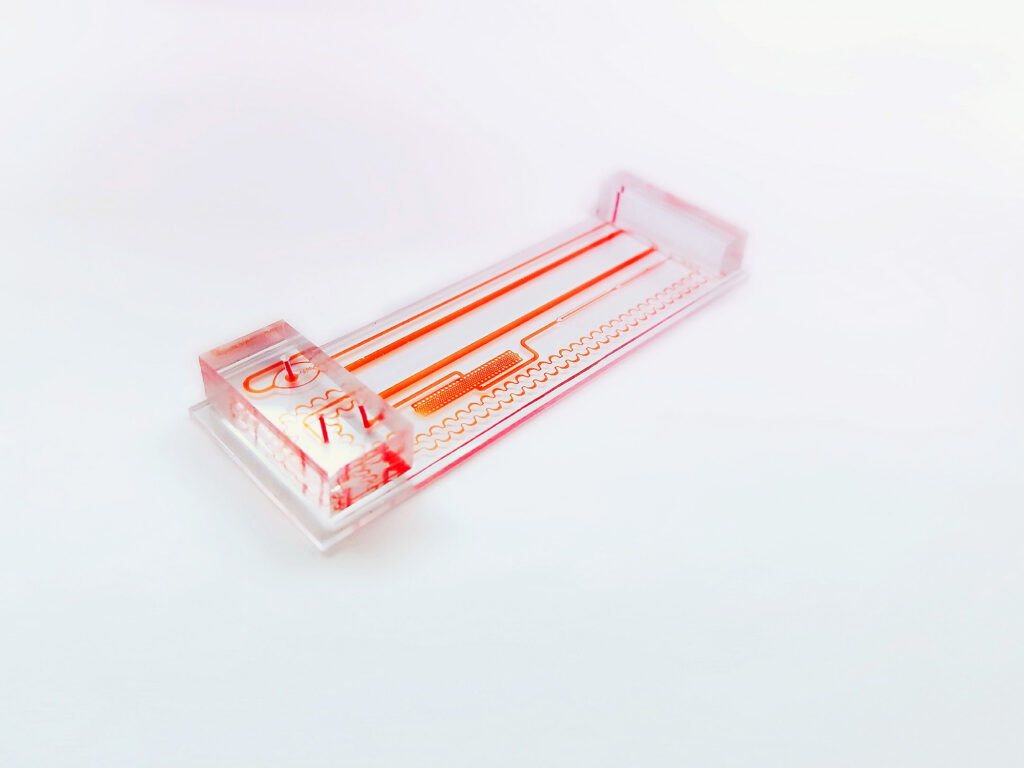 For instance, Mao’s lab is interested in using the technology to enrich therapeutic T cells for treatments such as cancer immunotherapy, which can be expensive and time-consuming. With an improved cell separation method, clinicians could collect blood samples, modify them and enrich the therapeutic cells for patients.

In addition, the research team wants to develop an inertial-FCS device that can be used widely in clinical settings. If the procedure is standardized, clinicians across the country could use the technology to study cancer patients’ cells and better understand how invasive the cancer is.

“Processes can work in one lab but not elsewhere, just because the people are experienced and have worked with the technology for a long time,” Mao said. “We want to lower that threshold and ensure that someone with minimal training can operate the device and get the same results as we do in the lab.”

That’s why Mao and his colleagues worked with UGA’s Innovation District to form FCS Technology LLC, a startup company based in Athens that is developing and commercializing the technology. The Innovation District strives to accelerate commercialization of research at UGA by training and supporting campus entrepreneurs, providing experiential learning activities for students, and facilitating university-industry collaborations. The company’s mission is to be the innovative leader in CTC isolation technology that improves prognosis and treatment.

“In the long run, this technology could be used to show the comprehensive repertoire of CTCs and how they vary among cancer patients of different stages, and eventually help with therapeutic decisions and save lives,” said Wujun Zhao, the chief technology officer for the company. 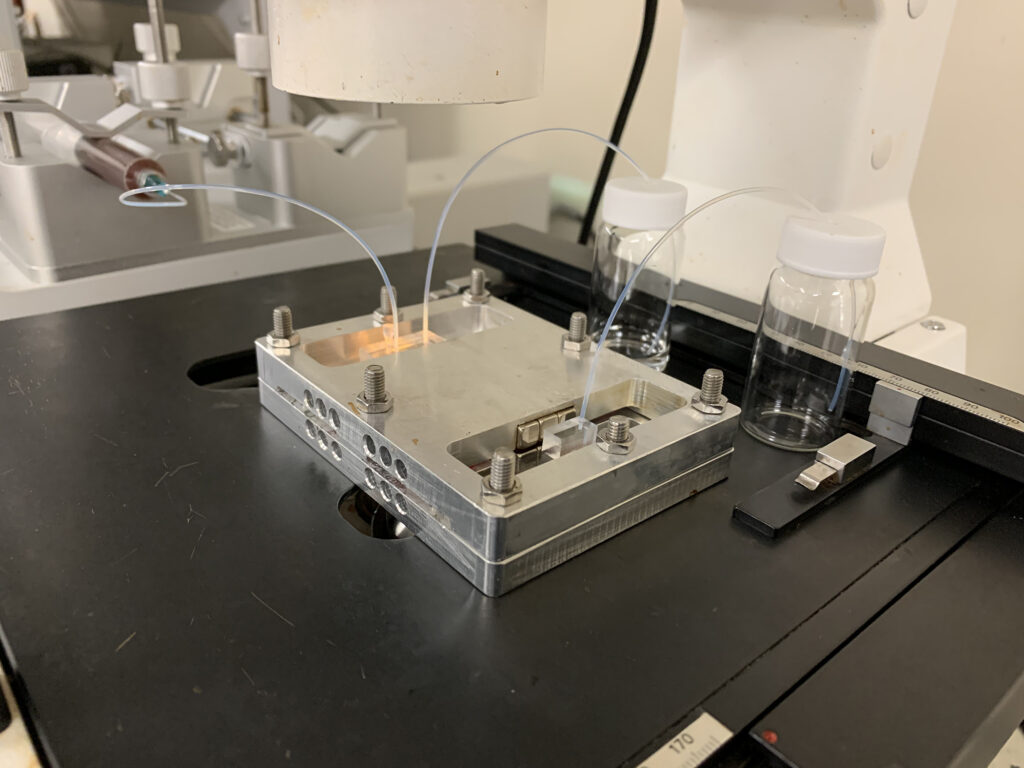 The researchers have developed a prototype device and it’s now being validated with clinical samples. Mao’s lab and FCS Technology have worked hand-in-hand with the University Cancer and Blood Center in Athens to test patients’ blood samples and isolate the CTCs for research, and they’re looking for more volunteers to donate blood for validation and clinical studies.

“We are so grateful to these patients who are already going through an emotional time but have the willingness to donate their blood so we have the chance to validate this technology,” Mao said. “Chances are, they may not benefit from this research, but their contribution could help future patients who may benefit from the study of these tumor cells and potential therapies.”