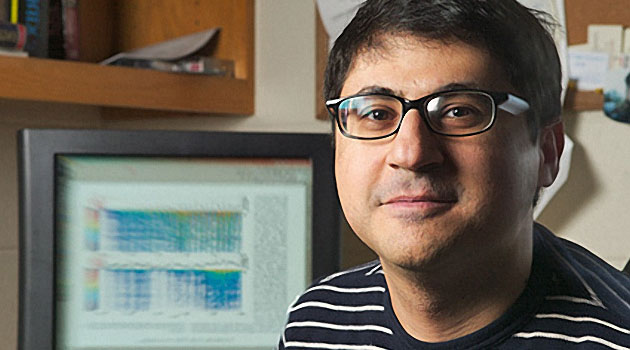 A team of researchers including scientists from the University of Georgia has found that the resurgence of pertussis, more commonly known as whooping cough, in the U.S. is a predictable consequence of incomplete coverage with a highly effective vaccine. This finding goes against pervasive theories on why we are seeing a steady increase in the disease even though the vaccine is given at an early age.

They published their findings in Science Translational Medicine.

“This study is important in that it revealed that there has been no change to the epidemiology of pertussis that is causing the rise in the number of cases,” said senior author Pejman Rohani, who has a joint appointment in the UGA College of Veterinary Medicine and the Odum School of Ecology. “Instead, it is a function of the way vaccines were administered over the decades. It is an effect that takes a long time to manifest.”

Pertussis is a respiratory infection caused by the bacterium Bordetella pertussis, which can cause serious infections in infants and young children. Routine vaccination for the disease began in the 1940s and led to a 100-fold decrease in the number of reported cases—to the point that the prospect of eliminating the disease seemed possible. But since the mid-1970s pertussis has made a comeback.

Rohani and his team examined long-term surveillance data from Massachusetts to try to understand why.

The most popular theory on the increase of pertussis cases is that the new generation of vaccines is somehow flawed, but Rohani and his colleagues saw no evidence to support that. Instead they found that today’s pertussis vaccines, like earlier ones, are largely very effective despite not providing 100 percent lifelong protection to those individuals who get vaccinated.

What they did discover was that high rates of vaccination when the vaccine was first introduced led to an overall decrease in transmission across the population. Even those who weren’t vaccinated were therefore less likely to contract the disease.

As vaccinated individuals age, however, the protection afforded by the vaccine begins to wear off in some cases. Furthermore, there are fewer and fewer people still alive who survived pertussis infections in the days before vaccination, and thus gained lifelong immunity.

This combination means that the number of people who are susceptible to contracting pertussis is slowly rising—setting the stage for an increase in the number of new cases, especially in older individuals. This is known as the “end of the honeymoon” period.

The results of this study will help to serve as a guide for future vaccination campaigns. The model identifies the core transmission group to be schoolchildren, so the researchers recommend that group should be the main focus of vaccination campaigns, rather than the current emphasis on vaccinating adults. Going forward researchers will further analyze the results of this study to assess the number and frequency of booster vaccines.

The research was supported by the National Institutes of Health (1R01AI101155) and by MIDAS, National Institute of General Medical Sciences U54-GM111274. The Massachusetts Department of Public Health provided data used in the study.

A full version of the paper is available online at http://stm.sciencemag.org/content/10/434/eaaj1748.full