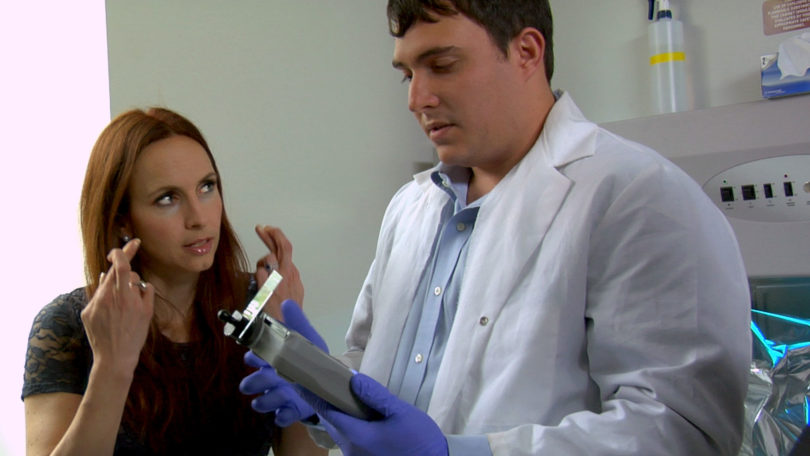 Imagine a time when flu outbreaks can be stopped within days of their appearance.

That time may not be far away, according to The Future Files, a new Georgia Public Broadcasting television program developed by the Georgia Research Alliance. The pilot episode, “Pandemic Threat,” features two UGA faculty members who are working to make such a scenario possible.

David Stallknecht and Georgia Research Alliance Eminent Scholar Ralph Tripp, professors in the College of Veterinary Medicine, are interviewed by show host Faith Salie about their work on early identification of new flu strains, which can help control or halt epidemics.

Stallknecht, an epidemiologist in the Southeastern Cooperative Wildlife Disease Study program, monitors migratory birds for avian influenza viruses that may mutate and become viable in humans.

During the program, Stallknecht and Salie visit the Georgia coast to observe the capture of shorebirds to be tested for influenza virus.

“These new strains of flu are especially dangerous because your antibodies don’t recognize them,” said Stallknecht.

Such an unfamiliar strain caused the 1918 flu pandemic that killed an estimated 20-50 million people. Not all virus strains find their way into the human population, but early identification can help epidemiologists make sure the right vaccines are available when outbreaks do occur.

Tripp is interviewed about his efforts to develop a quick test for influenza and reduce the time it takes to identify virus strains. He and colleagues Yiping Zhao, physics professor and director of the Nanoscale Science and Engineering Center, and Richard Dluhy, chemistry professor, adapted a handheld analyzer originally used by Homeland Security to detect bombs. Instead of digital profiles of explosive chemicals that were used on the original device, Tripp substituted the chemical fingerprints of known strains of influenza. The device is able to identify a virus within seconds, instead of the standard seven to 10 days.

Other researchers featured on the program include GRA Eminent Scholar Rafi Ahmed of Emory University, who has found a potential way to create a universal vaccine; and Mark Prausnitz of the Georgia Institute of Technology, who has developed no-sting micro-needles that make vaccination less painful.

If funding can be secured, the pilot episode will be the first of 13 half-hour programs. Future shows might focus on autism, cancer, new energy and -regenerative medicine.

The pilot episode of The Future Files is online at http://gpb.org/The-Future-Files.