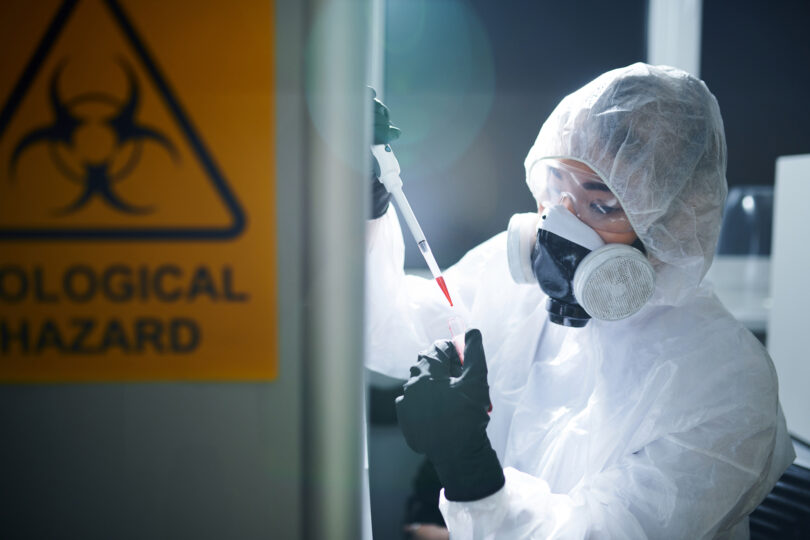 Most infectious disease outbreaks involve transmission from animals to humans

A multidisciplinary team of researchers with the University of Georgia’s Center for the Ecology of Infectious Diseases received a five-year, $2.4 million grant from the National Institute of Allergy and Infectious Diseases, part of the National Institutes of Health, to investigate and model the effects of environmental, spatial and anthropogenic factors on zoonotic disease spillover, focusing on Ebolavirus and related filoviruses.

By gaining a better understanding of how these factors influenced outbreaks in the past, the researchers, led by Patrick Stephens of the Odum School of Ecology, hope to provide information that policymakers can use to predict and prepare for those of the future.

More than half of all infectious disease outbreaks worldwide are zoonotic, involving the spillover of pathogens from animals to humans. Ebola virus disease and other diseases caused by filoviruses are among the most deadly and costly of such zoonoses.

The 2014-2016 West Africa Ebola epidemic was the largest known human Ebola virus outbreak, resulting in more than 11,000 deaths and an economic and social burden of more than $50 billion. In 2002-2003, Ebolavirus killed more than 5,000 wild gorillas, a species of critical conservation concern.

Despite the severe economic toll and threat to human and animal life of zoonotic diseases, there is a lack of scientific consensus about drivers and dynamics of transmission at ecological boundaries where spillover occurs.

“In order to move from wild animal hosts to humans (or other animals), there are a number of challenges that a pathogen has to overcome,” said Stephens. “It must come into contact with humans, and it must adapt to living and reproducing in a new species. We refer to this process as crossing the ecological boundary that separates two populations. Understanding the circumstances that make it more likely that this will happen is absolutely critical if we are to anticipate future disease spillover events such as the one that led to the current COVID-19 pandemic,” he said.

The researchers will investigate how the characteristics of these ecological boundaries affect the dynamics of zoonotic transmission. They will examine the wild areas in which pathogens already exist; the areas of human encroachment in which a pathogen may spread; and the contact zone between the two where species interact and spillover physically occurs.

The first major goal of the research is to build more accurate statistical models of spillover, using data from past events to understand the factors that influenced them.

“For example, preliminary analyses showed that past Ebola spillover events in the Democratic Republic of Congo have occurred in areas near roads and where rapid ongoing forest destruction is occurring,” said Stephens.

“This may represent areas where humans are encroaching on wild areas where there previously was little contact,” he said. “We also found that provinces where outbreaks occurred were ones of unusually low average household income, which may reflect a lack of readily available medical resources.”

The researchers will use findings such as these to develop new mathematical models of zoonotic disease spillover at ecological boundaries. They will use these models, and newly developed databases of historical filovirus outbreaks, to build risk maps and other tools that decision makers can use to predict and prepare for future outbreaks.

The insights gathered will be applicable to a number of other zoonotic disease systems as well, including West Nile virus and avian influenza. In addition to the insights and tools developed, this project will provide training opportunities for a number of postdoctoral and graduate student researchers through 2025.