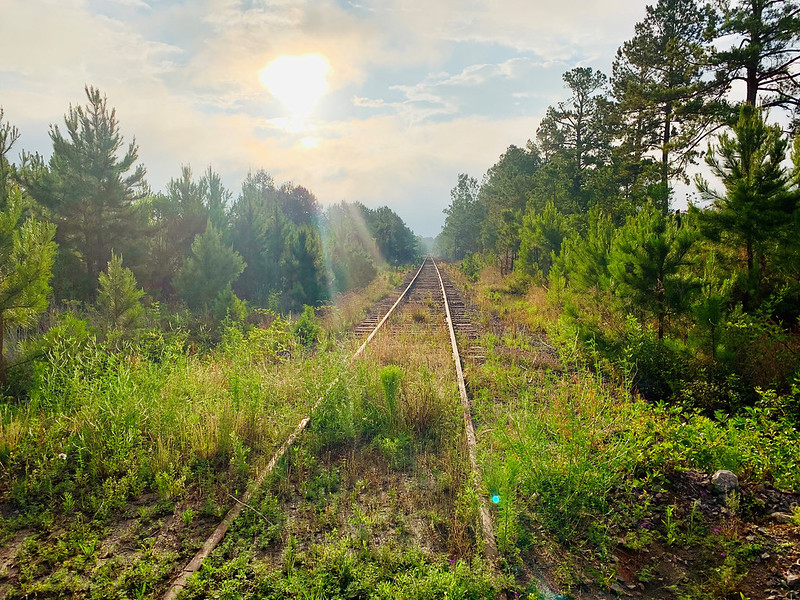 This photo won the People's Choice Award at the exhibit and was taken of old train tracks not in use, at the Savannah River Site. (Photo by Sean Havens)

If you have the opportunity to visit a nuclear production site, artistic works are probably not what you are expecting to find, but thanks to three scientists at the University of Georgia’s Savannah River Ecology Laboratory, you just might have that chance. 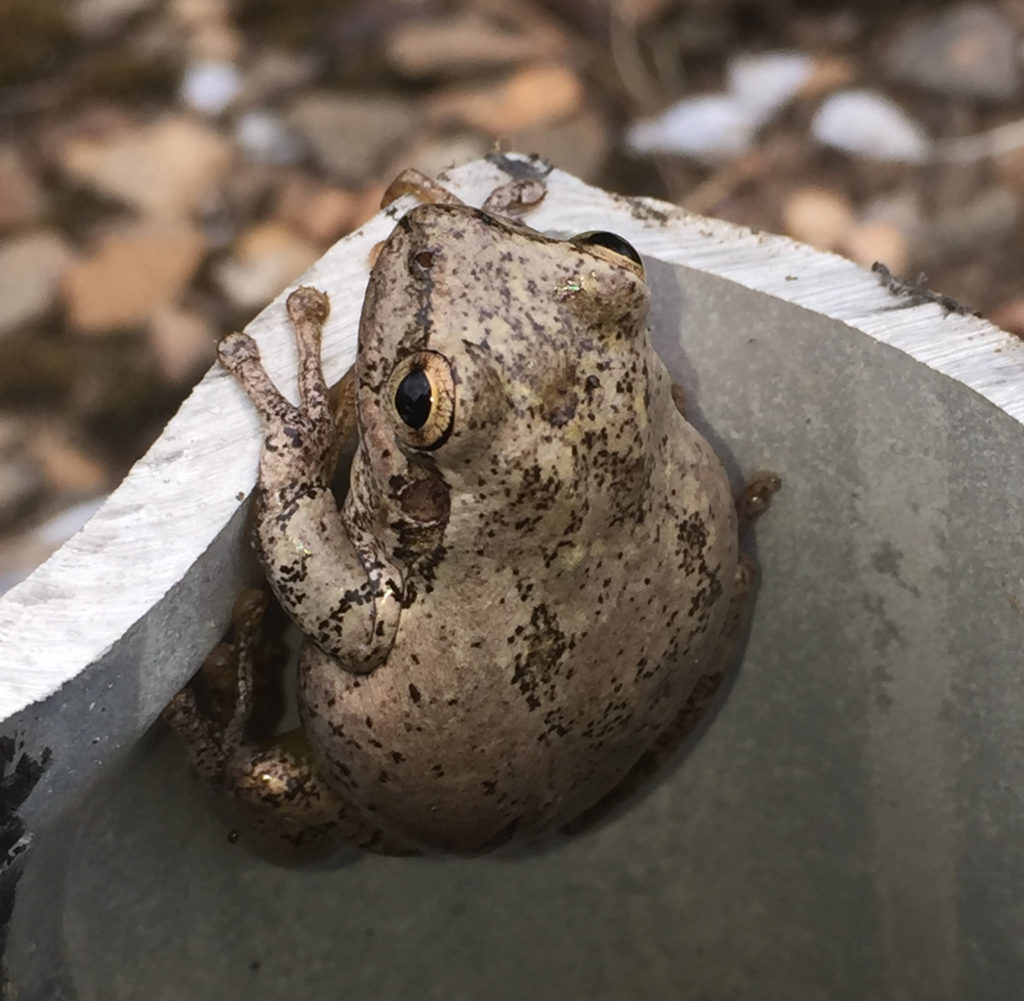 This gray tree frog made himself at home in a cut-off pipe in A Area at the Savannah River Site. (Photo by Pacifico Perea)

Photographs taken by Amanda Hurst, Pacifico Perea and David Scott were among the top 33 selected from 246 entries in a site-wide wall art contest at the U.S. Department of Energy’s Savannah River Site near Aiken, South Carolina. 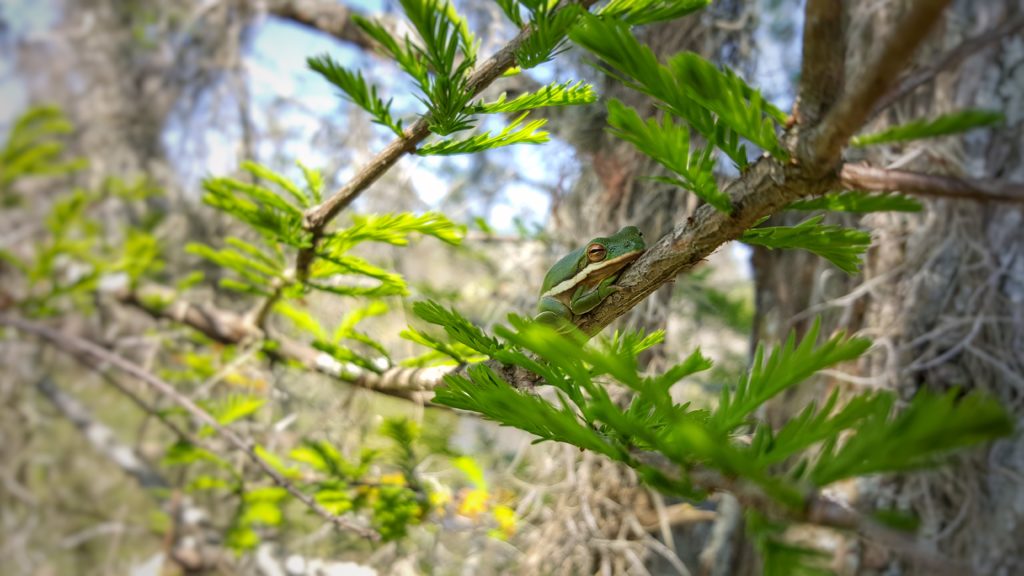 Dispelling the right brain versus left brain theory, the three believe art and science have a strong connection.

The lab’s animal caretaker, Hurst said she finds creativity in the natural environment and photography gives her a creative way to share her passion for the animals she cares for and their natural habitat. One of her winning entries captures a tree frog in its natural environment. 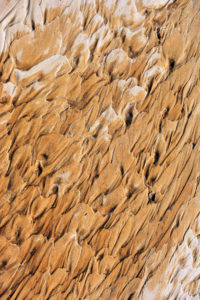 Surface erosion patterns in sand near Sarracenia Bay, a Carolina bay wetland near the northeastern boundary of the Savannah River Site. (Photo by David Scott)

A research professional, Scott spends a good bit of his time in front of a microscopic lens and the forestry of the site. He chose to capture the abstract beauty of the landscape.

“When you think about it, many scientific hypotheses spring from some sort of creative inspiration,” Scott said.

Caroline Reppert, an employee of the site’s managing contractor, Savannah River Nuclear Solutions, coordinated the contest. She said the idea for the contest came from the site’s “Compelling Place to Work” initiative.

“The interior design of the work environment not only impacts the first impression of new hires and visitors, it also affects the mental health of employees, Reppert said. “Aesthetically pleasing images can greatly impact the atmosphere and mood of the environment.” 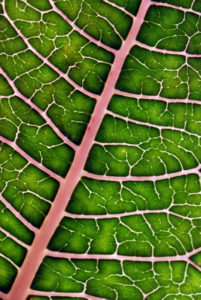 In addition to winning entries from SREL employees, Simona Murph, adjunct professor in the Department of Physics and Astronomy who works at the Savannah River National Laboratory on the SRS, placed with Carnations and Celestial Shower in the Science as Art category.

The photographs are now being displayed in buildings throughout the site.