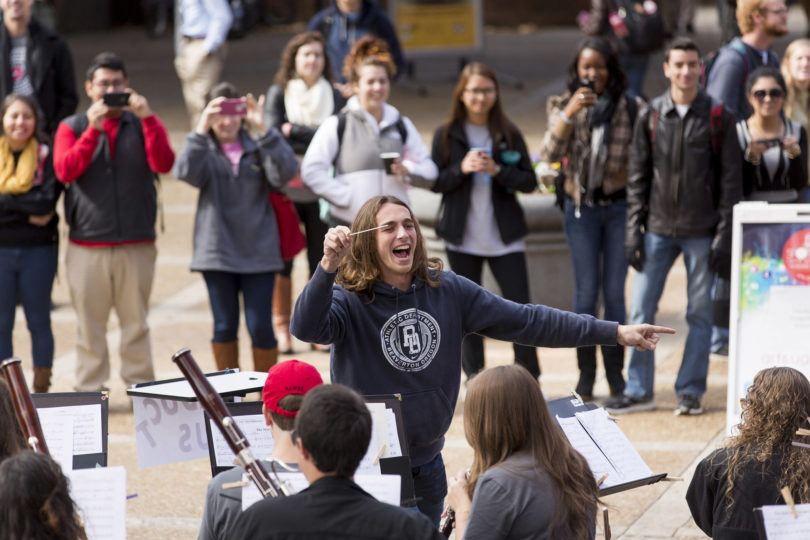 Athens, Ga. – More than 21,000 people attended the University of Georgia Arts Council’s 2014 Spotlight on the Arts festival, an increase of 29 percent over the previous year.

The festival was held Nov. 6-14 and featured more than 60 events, including plays, concerts, book talks, dance performances and art exhibitions involving nationally and internationally recognized guest performers as well as UGA faculty and students. A total of 21,467 people participated in the nine-day festival compared to 16,659 people in 2013 and 14,778 people in the festival’s inaugural year, 2012.

“The fact that this year’s Spotlight festival was so well attended speaks to the outstanding quality of the arts facilities, programming and scholarship on campus,” said Pamela Whitten, senior vice president for academic affairs and provost. “I’m already looking forward to next year’s festival and to the many world-class arts events that occur year-round on this campus.”

Planning is already underway for the 2015 Spotlight on the Arts festival, which is scheduled for Nov. 5 to 14.

Information on arts events that occur year-round on campus can be found at www.arts.uga.edu or https://www.facebook.com/UGAarts or at https://twitter.com/uga_arts.