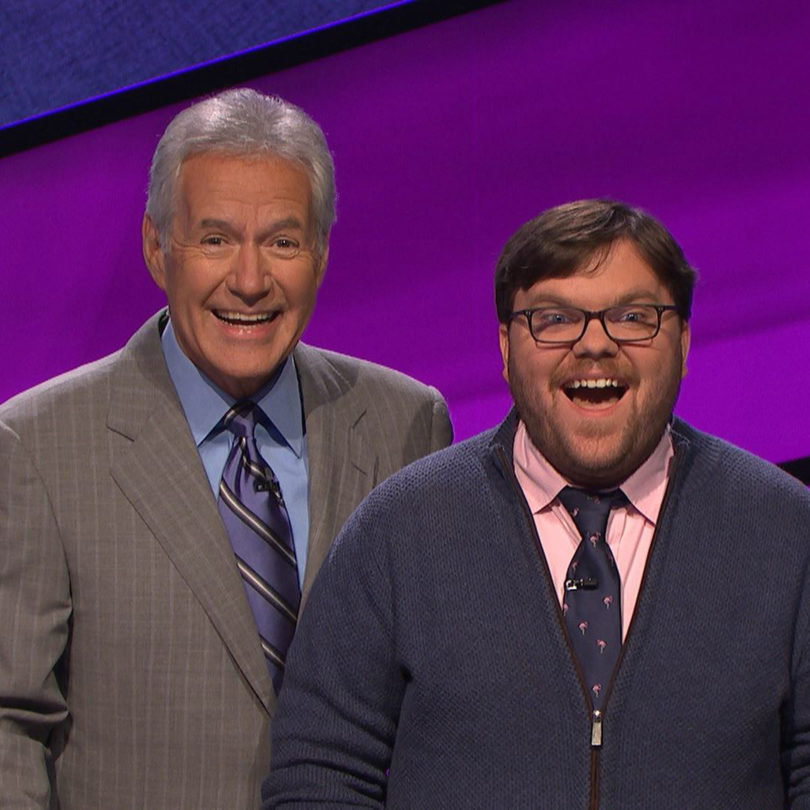 Seth Wilson, right, a UGA doctoral candidate in Franklin College’s theatre and film studies department, poses with Alex Trebek, host of “Jeopardy!” While on the game show, Wilson collected $267,000 in prize money. Now teaching in Texas as an adjunct professor while working on his dissertation, Wilson plans to pay off his student loans and take a trip. Wilson’s 12-game win streak—the fifth longest since “Jeopardy!” allowed endless streaks in 2003—qualifies him for the game show’s Tournament of Champions later this year.