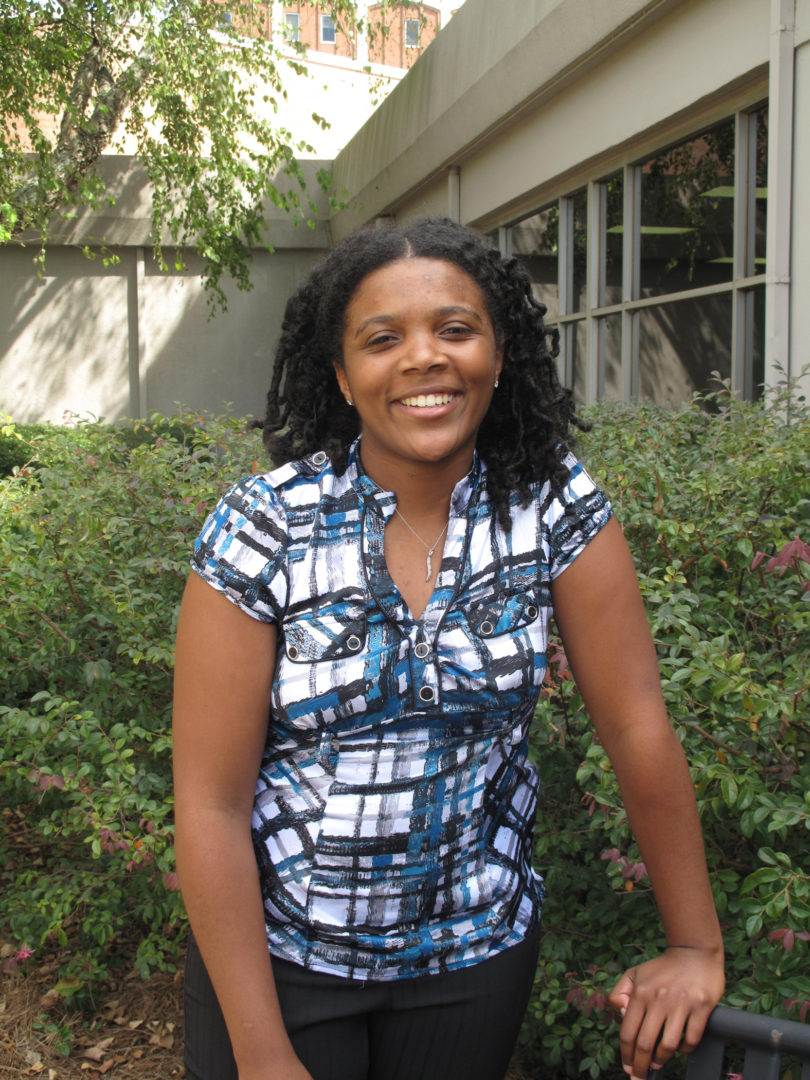 April Bailey is a graduate student in the University of Georgia Grady College of Journalism and Mass Communication.

Athens, Ga. – A video produced by University of Georgia health and medical journalism graduate student April Bailey was named one of 10 finalists in a recent LabTV contest, highlighting labs sponsored by the National Institutes of Health. Results of the contest that included 285 student filmmakers at 80 U.S. colleges and universities were announced at the Tribeca Film Festival in New York City on April 25.

LabTV is a Web-based video channel showcasing real-life young scientists. The mission of LabTV is to inspire high school and college students to become “tomorrow’s heroes of medical science.” LabTV is supported by the NIH and Google in cooperation with major universities.

Bailey’s winning video profiled Hillary Danz, a doctoral candidate in Donald Harn’s lab. Harn is a professor of infectious diseases at the UGA College of Veterinary Medicine and a Georgia Research Alliance Distinguished Investigator. His lab focuses on vaccine discovery and development. Bailey said it wasn’t the contest, but the mission of LabTV that inspired her to enter.

“For me, it wasn’t so much about the contest as it was about what the end product represented,” she said. “I wanted my videos to really reflect the characters behind the research.”

Bailey said targeting women and minorities was one of the objectives of LabTV but she mainly focused on telling interesting stories.

“I was looking for interesting characters doing interesting research,” she said. “I wanted to find interesting people to show high school students someone they can relate to and get them interested in science.”

“I knew right off the bat I wanted to profile Hillary. She seemed very relatable yet different at the same time,” Bailey said. “And the fact that Farah began college with no interest nor experience in science made her story one worth telling.”

In the winning video, Danz’s personality shines through. She says in her video after earning her Ph.D. she plans to work with the Ebola virus.

Bailey heard about the contest from her faculty adviser, Patricia Thomas, Knight Chair of the Health and Medical program at UGA.

“I loved the LabTV idea the moment I heard about it, because it challenges the idea that scientists are not like you and me,” said Thomas, a journalism professor in the UGA Grady College of Journalism and Mass Communication. “April Bailey jumped at the chance to portray young scientists in top UGA labs as three-dimensional people with passions and quirks-role models for younger students who might otherwise be afraid to give science a try.”

After finding out she’d been honored by LabTV, Bailey shared the news with her family.

“I told my sister and mom, but no one else, since I wasn’t supposed to tell anyone,” she said after finding out a week in advance she was a finalist in the contest.