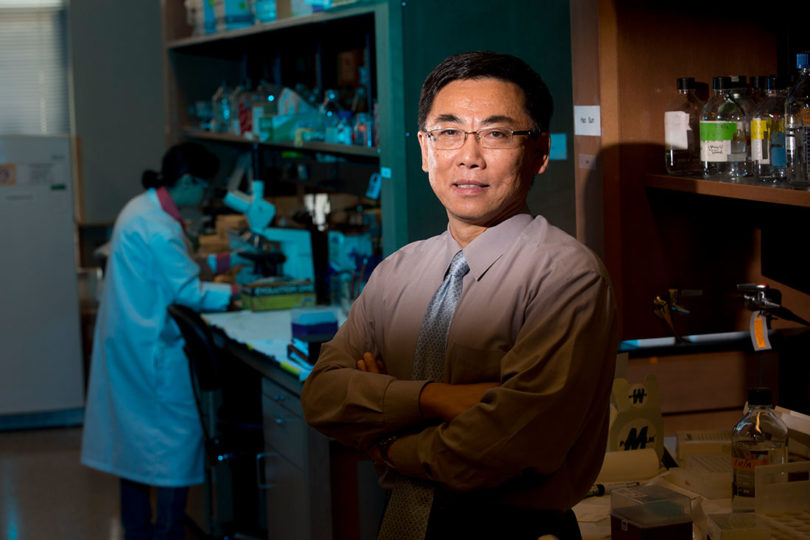 Researchers at UGA’s College of Pharmacy have discovered that alternating between a high fat and a more nutritionally balanced diet at regular intervals may help prevent or treat obesity and its associated metabolic disorders. They published their findings recently in the journal Scientific Reports.

For their study, scientists fed mice a high fat diet for five days before switching the animals to regular feed for a period of one, two or five days. They repeated this cycle for several weeks and observed the effects.

They found that switching to a regular diet for two or five days between periods of high fat intake not only helped control body weight, it also improved insulin sensitivity and prevented the accumulation of fat in the liver, two common side effects of obesity.

“Maintaining a proper diet requires a lot of willpower, and one of the problems we see very often with modern weight loss programs is that people cannot sustain a restricted diet over long periods of time,” said Dexi Liu, the Panoz Professor of Pharmacy at UGA. “The temptation to eat becomes overwhelming, and many people end up regaining the weight they’ve lost, so we wanted to see if there may be an alternative to these diets.”

Mice were allowed to eat as much food as they wanted during every phase of the study. The researchers also maintained two control groups, one
which received only a high fat diet and another that received only regular feed.

While mice that received only a high fat diet predictably gained weight, those fed an alternating diet closely mirrored the control group that received only regular feed in terms of their body weight, liver health and glucose sensitivity.

“The mice that received an alternating diet maintained body weight similar to mice that only received a regular diet,” Liu said. “They also had much lower levels of inflammation, which can contribute to the development of metabolic disorders like diabetes.”

Liu and his co-authors Yongjie Ma and Mingming Gao also found that an alternating diet can reverse obesity in mice. To test this, they fed a group of obese mice an alternating diet for five weeks, which led to a 12 percent reduction in fat mass compared to control animals.

“These results suggest that it may be possible to eat the foods you like, and to do so with pleasure, as long as those habits are tempered with periods of rest,” Liu said.

While he cautions that their results in an animal model do not necessarily translate directly to humans, Liu and his colleagues think that an alternating diet similar to the one used in their experiments could serve as the foundation for new dietary guidelines.

“Obesity is a complex disorder, and there are many factors that can contribute to excessive weight gain,” Liu said. “There are, for example, genetic differences that may influence how easily a person gains or loses weight, but we believe that diet is still the dominant factor.

“Ultimately, we want to find ways to help make people healthy, and an alternating diet may be a more practical way for people to live a healthier life,” he also said.