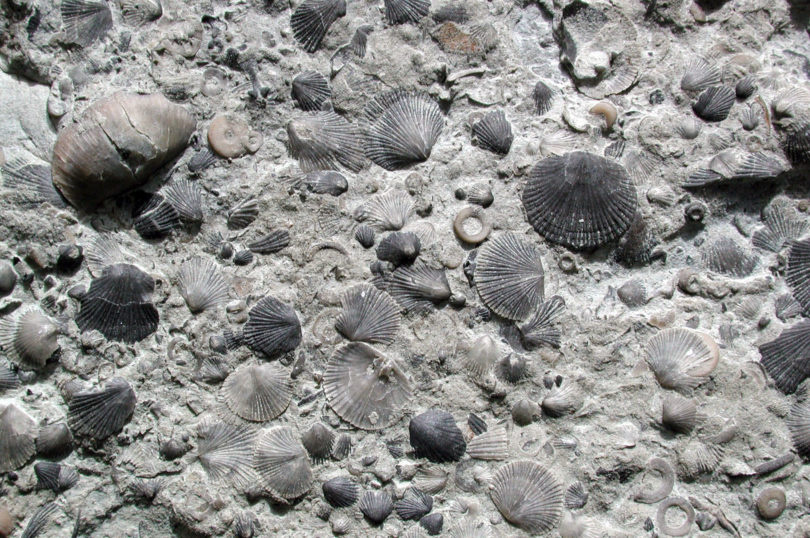 Athens, Ga. – A basic tenet underpinning scientists’ understanding of extinction is that more abundant species persist longer than their less abundant counterparts, but a new University of Georgia study reveals a much more complex relationship.

A team of scientists analyzed more than 46,000 fossils from 52 sites and found that greater numbers did indeed help clam-like brachiopods survive the Ordovician extinction, which killed off approximately half of the Earth’s life forms some 444 million years ago. Surprisingly, abundance did not help brachiopod species persist for extended periods outside of the extinction event.

Study co-author Steven Holland, a professor of geology in the UGA Franklin College of Arts and Sciences, said the seemingly paradoxical finding suggests that predicting which species are at risk of extinction is an extremely dicey endeavor.

“This study shows that extinction is much more complicated than generally realized,” said Holland, whose findings appear in the current issue of the journal Paleobiology. “It turns out that a lot of extinction events are idiosyncratic; there are a specific set of circumstances that come together and dictate whether something goes or doesn’t.”

Holland and co-author Andrew Zaffos, a former master’s student at UGA, examined fossils from the Cincinnati Arch, a racetrack-shaped geologic feature that arcs around southeastern Indiana, northern Kentucky and southwestern Ohio. The region is known in geology circles as one of the most fossil-rich areas on the planet. Brachiopods are numerous and well preserved there, making them an ideal group of animals to test the link between abundance and extinction.

The researchers looked at nearly 30 different genera—a step up from species on the biological classification scale—of brachiopods and classified them based on whether or not they survived the Ordovician extinction as well as by their global durations. They found a link between abundance and survivorship of the extinction event, but there was no correlation between abundance and duration. In fact, members of rarer genera were more likely to be present longer in the fossil record.

Zaffos, who is currently pursuing a doctorate at the University of Cincinnati, noted that the counterintuitive results highlight the unique contribution that understanding the fossil record brings to conservation.

“Many recent studies of extinction by paleobiologists are coming out with findings that are contrary to what we see in modern environments and sometimes even contrary to what other paleontologists see in other geologic eras,” he said. “I think this is why paleobiology is so important-it’s the only way for us to examine ecology at multiple points in the Earth’s history, when perhaps the environmental and biological settings were different enough that even our most intuitive expectations don’t hold.”

In a related study published in the same edition of Paleobiology, Holland tackled another widely held theory about extinction—that rising sea levels encourage the diversification of new species by increasing the amount of available shallow-water habitat. He modeled nine diverse global locations and found that sea level rise does not consistently increase habitable area, with different coasts and different habitats displaying substantially different changes in area for the same amount of sea level fluctuation.

Holland admitted that his findings are a bit disheartening. The planet is currently in the midst of an extinction event caused by human-induced habitat loss and global warming, and scientists would like to be able to predict which species are most at risk so that scarce resources can be put toward their conservation.

“You really want to be able to make some predictions about extinction risk so that you can guide policies,” Holland said, “and if the selectivity of extinction is much more complicated, it makes it harder to generate those rules.”