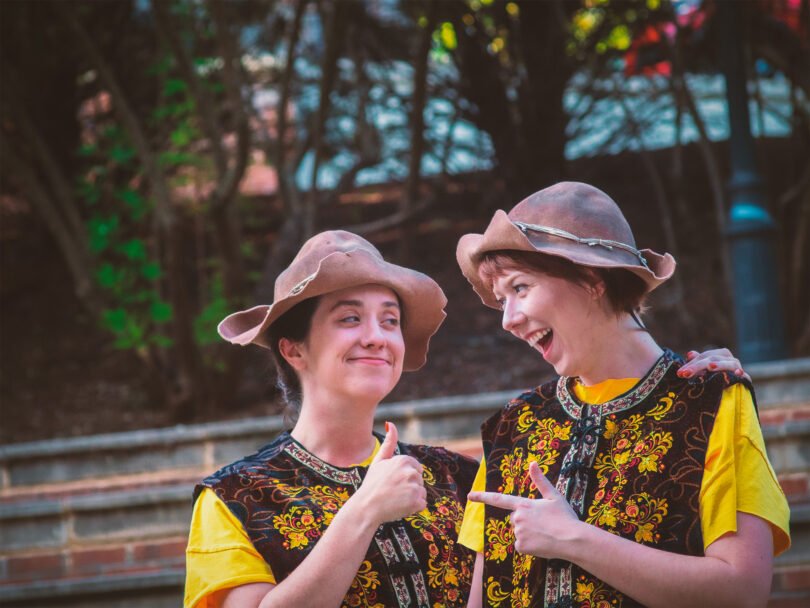 UGA Theatre's production of “The Comedy of Errors” is part of the 2022 Spotlight on the Arts festival. (Submitted photo)

The production is a part of UGA’s Spotlight on the Arts festival.

One of Shakespeare’s earliest comedic efforts, “The Comedy of Errors” is a slapstick comedy that depicts the madcap antics of two sets of twins separated at birth. As one set of twins searches for their lost siblings, they arrive in the rowdy city of Ephesus where—despite having never been there—everyone seems to recognize them. What follows is a farcical mélange of mayhem, misunderstanding and mistaken identity wherein confusion reigns supreme and puns abound.

With the thematic underpinning of UGA Theatre’s 2022-2023 being “identity,” Shakespeare’s farce serves as the most pointed demonstration of the ways in which identity can determine the trajectory of a story. But while the comical frivolities of the play’s protagonists take center stage, director Jeremiah Albers sees the raucous city of Ephesus (the play’s setting) as a tidy analogue for contemporary American society.

“The play makes a point to determine the identities of its characters based on where they’re from or what they do—or how other people think of them,” said Albers, a Ph.D. candidate in performance studies. “It’s evocative of the ways in which societal status is determined, intentionally or not, by measuring our worth based on what we contribute or where we’re from.”

“At its heart, ‘The Comedy of Errors’ is a lighthearted, hilarious romp that we think will delight audiences,” said Julie Ray, department head of theatre and film studies. “Shakespeare is and always has been an essential platform for actors honing their craft, but it also allows our student designers the opportunity to engage creatively in ways they may not have imagined. We are proud to present this piece as our contribution to UGA’s Spotlight on the Arts festival.”