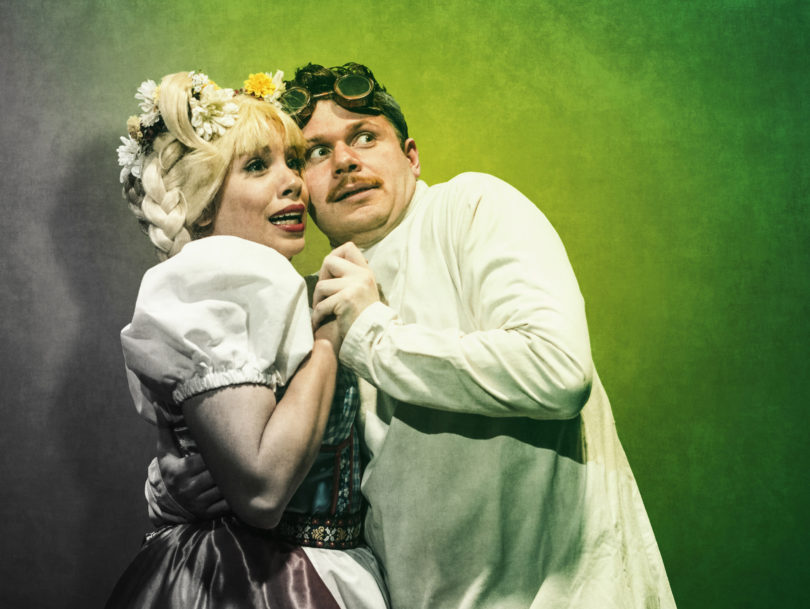 The University Theatre’s final production of the season will be Young Frankenstein.

UGA Theatre’s final production of the 2018-2019 season will be Young Frankenstein by Mel Brooks and Thomas Meehan.

The production is directed by professor George Contini and co-directed by alumnus John Terry. Performances will take place April 5-6 and 10-13 at 8 p.m. and April 7 and 14 at 2:30 p.m. in the Fine Arts Theatre at 255 Baldwin St. Tickets are $16 or $12 for UGA students and can be purchased online at ugatheatre.com/youngfrank, via phone at 706-542-4400 or in person at the Performing Arts Center or Tate Center box offices.

Based on Brooks’ comedic masterpiece, Young Frankenstein injects the now-classic story of the inept Frederick Frankenstein with music and dance, breathing new life into Frankenstein’s unwitting quest to continue his grandfather’s notorious legacy. Hijinks ensue as Frederick is joined by the bumbling Igor, the aloof Inga and the prudish Elizabeth, culminating in the creation of the Monster—a far more lascivious and “abnormal” version of his grandfather’s experiment. In staging the production for college audiences, director Contini hopes to introduce students unfamiliar with the source material to the parodic elements of Brooks’ original comedy.

“I’m really trying to find a base level of broad comedy that will allow both the actors and the audience to explore the show as a kind of three-dimensional cartoon,” said Contini, whose cartoonish mandate has influenced all elements of the production, from promotional materials to costuming to scenic design.

While excited about the prospect of introducing the show to new audiences, Contini is equally excited to engage with fans of the original film.

Young Frankenstein marks the end of UGA Theatre’s 86th season, and David Saltz, head of the theatre and film studies department, said that he “can’t imagine a more fun way to end this amazing year of theater. Mel Brooks is one of the funniest men who ever lived, and George Contini is a comic genius in his own right. The combination of these two talents is sure to produce something wonderfully unique.”