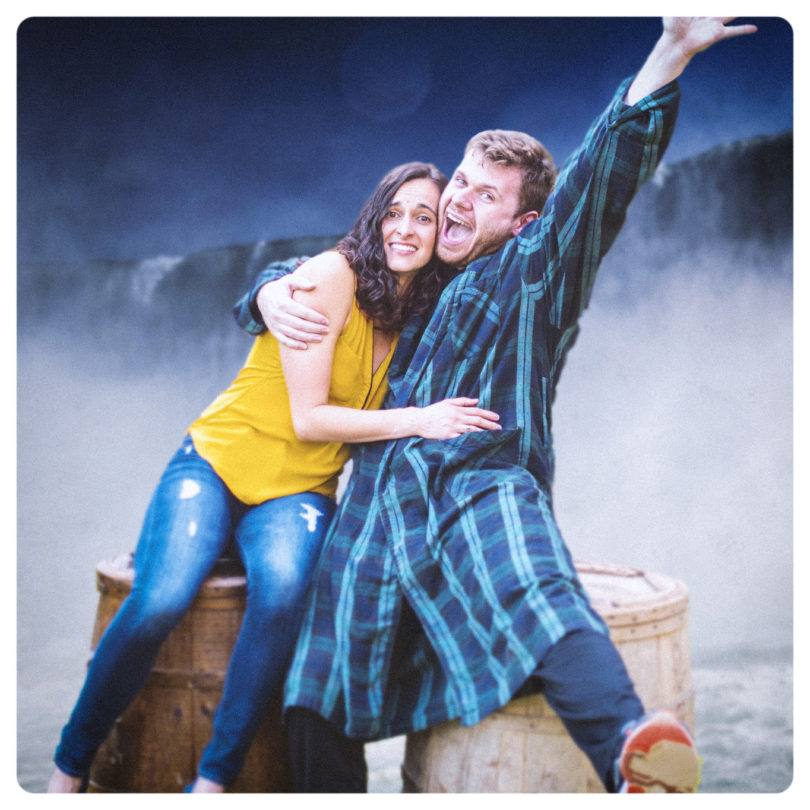 Niagara Falls opens with newlyweds Jack and Avery getting settled into a hotel overlooking the titular locale. As the surreal comedy unfolds, Avery is forced to contend with the expediency of her nuptials, leading her to consider the other paths her life could have taken. Other couples staying at the falls are faced with similarly pressing marital—and extramarital—issues.

Niagara Falls diverges from its romantic comedy leanings in the second act and embraces chaos as the setting shifts to a boardwalk carnival complete with fortune tellers, would-be arsonists and nomadic carnies, all with their own impending decisions to make that eerily mirror those of act one’s protagonists.

For director George Contini, the joys and fears that come with making life-altering choices are central to the play’s themes.

“In today’s unsteady and fractured world, sometimes we want to feel that the choices we make will have resonance, but in order to find that out, we have to take the initial plunge. Making those ripples is a scary process, to be sure, but ultimately there’s a great deal of excitement that comes from it as well,” he said.

“That moment when you make any sort of commitment—whether it be to a job, a person, a value system—brings with it joy and passion but also naturally brings up doubts and fears,” Contini said. “The playwright’s characters allow us to recognize our own relationships and neuroses while they frantically search for a meaningful way to approach making life’s choices, suggesting there is often a fine line between reality and our earnestly romanticized version of it.”

Niagara Falls marks a return to the University of Georgia for Yockey. David Saltz, head of the UGA department of theatre and film studies, said that “Steve earned his B.A. from our department back in 2001, when I was a young assistant professor. It’s been exhilarating to follow his steady rise to the top of his profession.”

After graduating from UGA, Yockey received an MFA from New York University’s Tisch School of the Arts. His plays have been produced nationally and regionally, most recently at Actor’s Express in Atlanta with Reykjavík. The playwright has also had an illustrious career in television, serving as a writer and producer on the hit show Supernatural as well as adapting and executive producing the best-selling novel The Flight Attendant alongside Kelly Cuoco (The Big Bang Theory) for WarnerMedia’s upcoming streaming service.

Tickets for Niagara Falls are $12 and $7 for UGA students. They can be purchased at ugatheatre.com/niagarafalls, via phone at 706-542-4400 or in person at the Performing Arts Center.