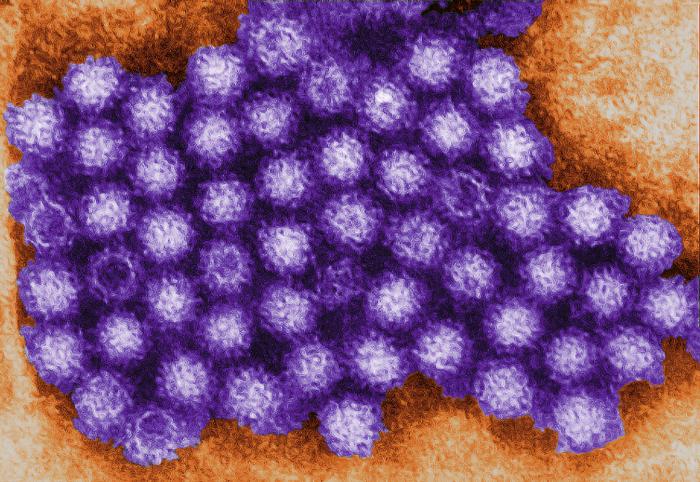 Researchers from Emory University and the University of Georgia have received a five-year, $1.7 million grant from the National Institutes of Health to help guide norovirus vaccine decision-making.

“A norovirus vaccine would be a tremendous asset for public health,” said principal investigator Ben Lopman, a researcher at Emory’s Rollins School of Public Health. However, it has been historically difficult to develop effective vaccines.

Like influenza, norovirus is genetically diverse and strains evolve rapidly, said Lopman, “and we don’t yet have the richness of data or depth of understanding about norovirus biology or epidemiology.”

The grant will support multiscale, mathematical modeling studies, which aim to understand the dynamics of norovirus at the human host, viral and epidemiological levels. The research team plans to conduct a series of studies to address questions like how many strains of norovirus does a vaccine need to protect against, and for how long might protection last.

Specifically, researchers will be monitoring whether the vaccine reduces shedding, the process through which the virus can spread from one person to another.

“When a person sheds less, there’s less potential for transmission,” said grant collaborator Andreas Handel, an epidemiologist at UGA’s College of Public Health. Handel will be applying models to individual-level data collected from the company developing the norovirus vaccine.

“So, if we can get that patient-level data and determine that person who gets the vaccine sheds some fraction less compared to the people who don’t get the vaccine, that would have an impact on the population scale,” he explained. “This is how the different levels connect.”

Juan Leon at the Rollins School of Public Health and Katia Koelle at Emory College of Arts and Sciences will also contribute their expertise to the viral and population-level epidemiology of norovirus.

“In the end, we want a norovirus vaccine that will be most valuable for public health,” said Lopman. “This research will aim to steer vaccine development and, ultimately, vaccine use in that direction.”