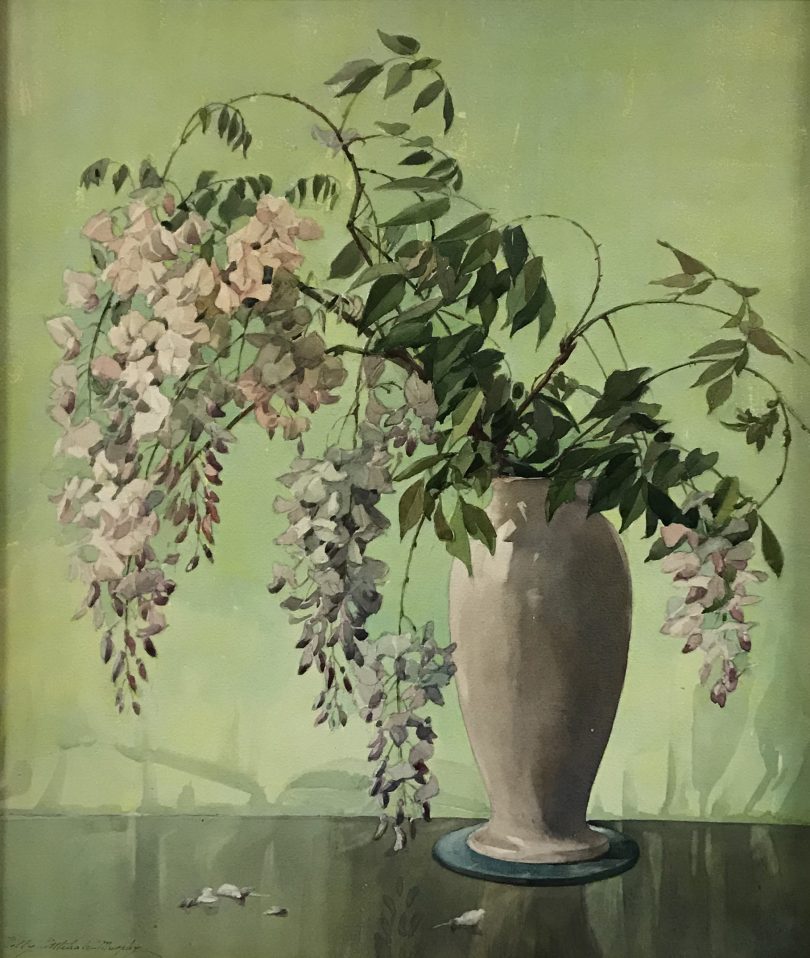 Meghan Gerig, who graduated from the University of Georgia in May with her bachelor’s degree in art history, served as co-curator 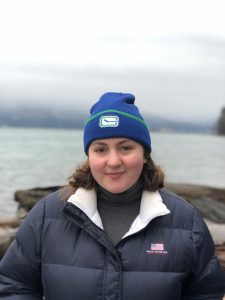 Meghan Gerig, who graduated from the University of Georgia in May with her bachelor’s degree in art history, served as co-curator of the exhibition “Echoes from Abroad: American Art from the Collection of Barbara Guillaume,” on display at the Georgia Museum of Art through Aug. 15.

The exhibition pulls from the collection of Georgia Museum of Art board member and art collector Barbara Guillaume, spanning the period from 1878 to 1940 and including many artists with varying styles, techniques, genres and stories, but similar origins, particularly an exposure to international artistic movements and a growing rejection of academic standards.

Many American artists went to Europe to learn new techniques and styles, so when they returned home, the influence of Europe was apparent in their art (hence the exhibition’s title). After the Civil War and toward the end of the 1800s, many American artists felt that the country would be overwhelmed by art that directly addressed politics or war. As a result, they took on topics that seemed more soothing. More opportunities for travel significantly increased American painters’ internationalism, and many artists left to study in Paris or the French countryside.

American students were not always impressed by new trends in French painting like impressionism. One student said, “I never in my life saw more horrible things. They do not observe drawing nor form but give you an impression of what they call nature. It was worse than the Chamber of Horrors.” American collectors also did not value the style until it became less radical, with artists Mary Cassatt and William Merritt Chase serving as exceptions.

Although many American students were influenced by European styles, Gerig points out that “we need to be careful when assuming that American artists copied and pasted European techniques, subjects and styles. Doing so obscures the brilliance and innovativeness of artists who were working in a culturally healing country, after years of political and economic turmoil.” Gerig added that Guillaume’s collection “shows a distinctly American style that communicates, perhaps ostentatiously, a specific understanding of European art.”

Jeffrey Richmond-Moll, curator of American art at the Georgia Museum of Art who worked with Gerig on the exhibition, expresses the same sentiment, saying that “the paintings on view from Barbara Guillaume’s collection reflect the rich forms of cultural exchange that occurred in the United States around the turn of the 20th century. American artists not only found inspiration in the works of European masters, but also in the cultures and aesthetic traditions of Latin America and Asia, reflecting, in a way, the increasingly diverse population of the United States in an era of rapid growth and national expansion.”

Gerig and Richmond-Moll will have a Zoom conversation on July 21 at 2 p.m. about works in the exhibition and Gerig’s research for the show. Learn more at georgiamuseum.org.