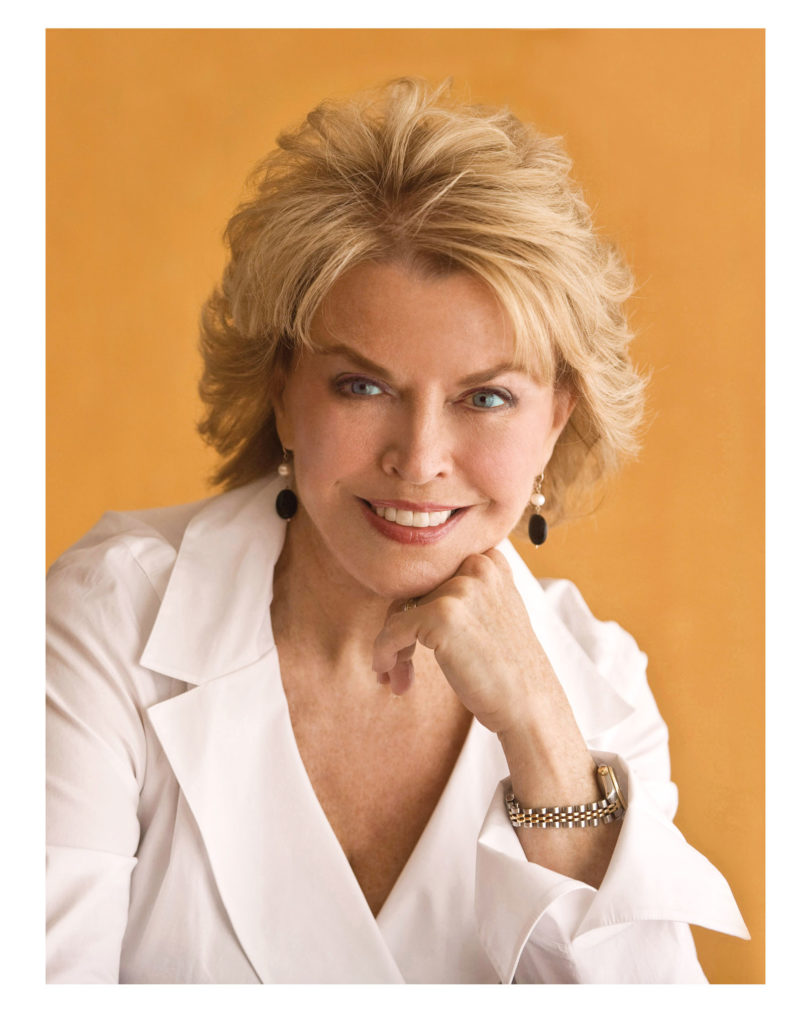 Pat Mitchell will be the UGA summer Commencement speaker.

Pat Mitchell is a UGA alumna.

“Pat Mitchell has made her alma mater very proud,” said UGA President Michael F. Adams. “She has used her UGA degrees as the foundation for a career dedicated to improving access to information for people around the world. She has been particularly insightful as to the use and impact of new media, and the Paley Center is a global leader in harnessing the power of new media. We are honored that she will return to campus to speak at summer Commencement.”

Heading the Paley Center since March 2006, Mitchell has guided the 34-year old institution through a rebranding effort and strengthened its public and industry programs by analyzing and interpreting changes in the media landscape. The Paley Center, with locations in New York and Los Angeles, leads the discussion about the cultural, creative and social significance of television, radio and emerging platforms for the professional community and media-interested public. Previously known as the Museum of Television and Radio, the Paley Center was founded in 1975 by William S. Paley, a pioneering innovator in the industry.

Her career in media began when she was recruited from college teaching by Look magazine. Not long afterwards, she took her first story to WNBC New York, and during the next three decades, Mitchell worked for three broadcast networks and several cable channels, winning national acclaim both in front of and behind the camera as a reporter, news anchor, talk show host, White House and special correspondent, producer and executive. In the mid 80s, she established her own independent production company that produced documentaries, series and specials for broadcast, cable and national syndication. She became the first woman to nationally syndicate her own show, the Emmy-winning Woman to Woman, which she also hosted.

In 1992, Mitchell was named as an executive in charge of original productions for Ted Turner’s cable networks. During the next eight years as executive producer, her documentaries and specials received 37 Emmy Awards, five Peabody Awards and two Academy Award nominations. In March 2000, she was named president and chief executive officer of the Public Broadcasting Service, the first woman and first producer and journalist to hold the position.

Mitchell has received numerous awards during the course of her career, including the 2008 Broadcasting and Cable Hall of Fame Honoree; the CINE Golden Eagle for Lifetime Achievement; the PROMAX Century Award for contributions to the television industry; Hollywood’s Most Powerful Women in Entertainment; and recently was recognized by the Center for the Advancement of Women for her accomplishments and contributions in the world of communications to create a more equitable society for women. She was named to Newsweek’s 2011 list of 150 Women Who Shake the World.

Mitchell also is known for her humanitarian efforts and her work as a dedicated member of numerous nonprofit boards including the Council on Foreign Relations and the International Women’s Forum; vice chair of the Sundance Institute board; a founding member of Mikhail Gorbachev’s global environmental organization, Global Green USA; an adviser to the V-DAY movement to end violence against women; the Human Rights Watch board of directors; the Mayo Clinic’s board of trustees.

UGA’s Commencement ceremony will be for students who complete degree requirements at the end of the summer 2012 semester. The number of students eligible to receive degrees is approximately 1,000; however, an exact figure will be available at the conclusion of final exams on Aug. 3. The ceremony will be broadcast live on channel 15 of the university and Charter cable systems. It also will be streamed live at www.uga.edu.