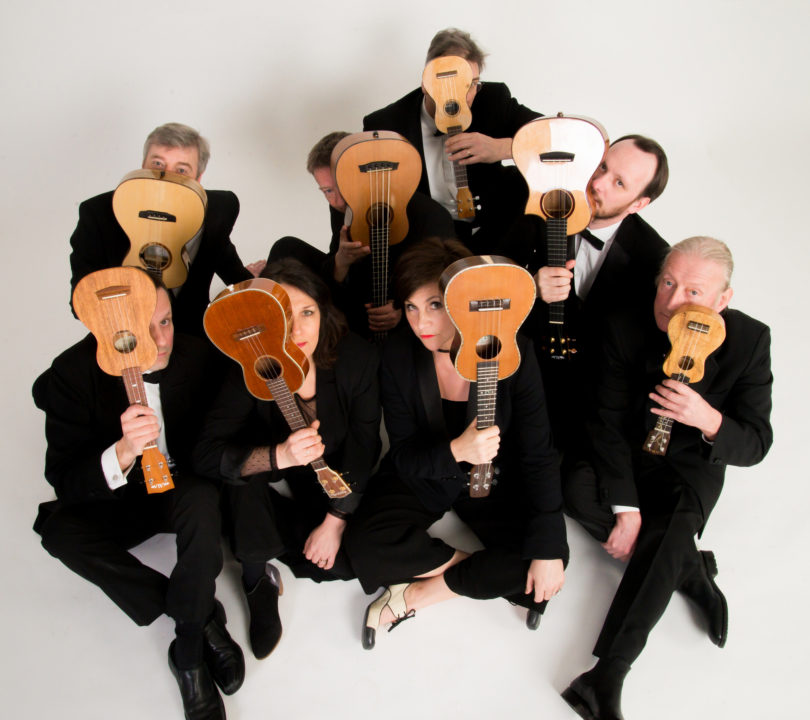 Editor’s note: Because of the suspension of in-class instruction and to keep our community safe from COVID-19, this event has been canceled.

UGA Presents is bringing the Ukulele Orchestra of Great Britain to Athens on March 19 for a 7:30 p.m. performance in Hodgson Concert Hall. Founded in 1985 by musician and composer George Hinchliffe, the Ukulele Orchestra combines virtuoso musicianship and vocals with British humor to create a one-of-a-kind show that has entertained millions around the world.

The ensemble has toured across Europe, New Zealand, Australia, Japan, China, the U.S., Canada and even the North Pole. They also had the honor to perform, by invitation of the Prince of Wales, at the private 90th birthday party of Her Majesty the Queen at Windsor Castle.

Following a concert in New York, a critic for The New York Times wrote, “They extract more than seems humanly possible from so small and so modest an instrument.” London’s Financial Times has also praised the group: “The sophisticated sound they make—both percussive and melodic—is at once hilarious and heartfelt.”

Tickets for the Ukulele Orchestra start at $30 and can be purchased at the Performing Arts Center box office, online at pac.uga.edu or by calling
706-542-4400. A limited number of discounted tickets are available to current UGA students for $10 with a valid UGA ID (limit one ticket per student).

Patrons are invited to make it an evening by visiting the Georgia Museum of Art for a tour and free dessert at 5:30 p.m.