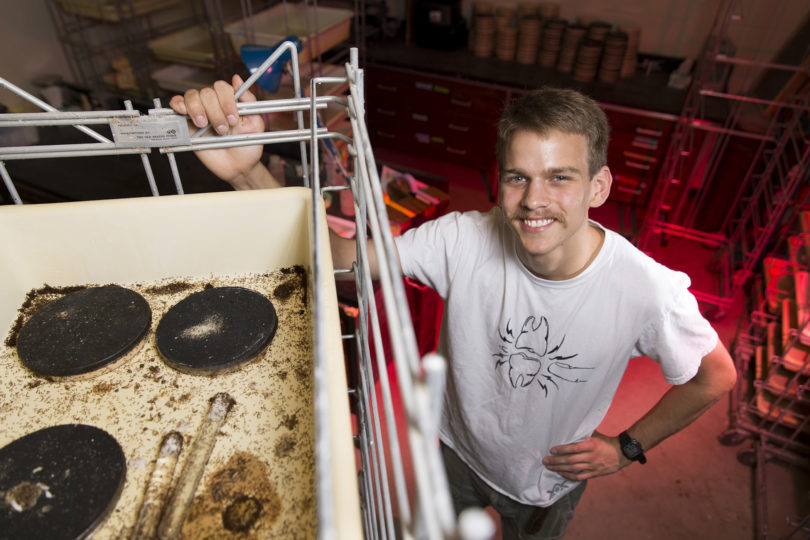 Kip Lacy knew before he began his freshman year at UGA that he wanted to be a scientist. But finding a more specific field of study proved to be tough when there are so many options.

Casey Grippando had a career in mind that doesn’t involve a lab coat, but she wasn’t sure how to get there.

Both found their niche through UGA’s Center for Undergraduate Research Opportunities.

“It’s super interesting,” Grippando, a rising third-year student majoring in political science and international affairs, said of her days examining congressional voting records as a CURO Summer Fellow. “All this infighting we see on the news, it isn’t what it appears. This research definitely made me love politics even more.”

CURO has enabled more than 2,000 UGA undergraduate students to delve into thousands of topics since it was founded 15 years ago. Last year alone, 500 students received more than 700 credit hours for CURO courses, and a record-setting number presented their findings at the annual CURO Symposium, which offers cash prizes.

In addition to paid summer fellowships, the program expanded in 2014 to offer research assistantships of $1,000 per semester to 250 students.

Grippando heard about CURO from a professor and was intrigued to find that undergraduate students have the ability to conduct research as early as their first semester on campus. While the program is administered through the Honors Program, it is open to all undergraduates, and Grippando jumped at the chance.

“Research looks great on a resume or a grad school application,” she said. “Plus, I’m having a great time doing it.”

Lacy is one of those science students who arrived on campus and immediately wanted to find his way into a lab. He soon learned that he could take a CURO course and get class credit while doing what he loved.

At the same time, CURO let him explore the vast offerings in sciences at UGA, which brought him to a surprising choice for favorite study subject: fire ants.

“CURO has opened a door for me in the sense that I’ve gotten to explore some fields that I didn’t know about. It’s been really nice to have the opportunity to pop around and try them,” said Lacy, a fourth-year student majoring in ecology and biology who has his sights set on earning a doctorate in evolutionary biology.

Through a CURO Summer Fellowship, Lacy delved into a project on a lesser-known species of fire ant, making discoveries that could leave a major mark in entomology.

“Through CURO, I was able to get class credit and funding, so I was able to invest a lot of time and energy into it,” he said. “It made my work all the more fulfilling.”