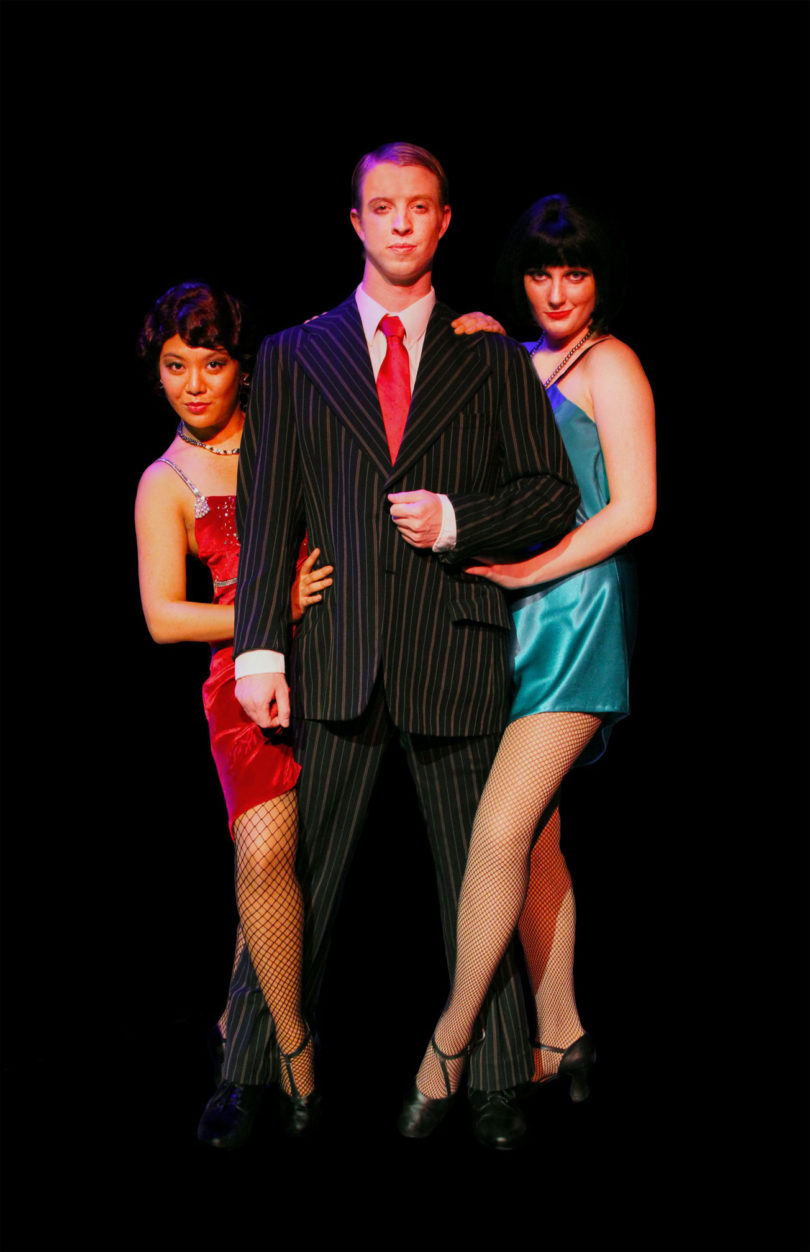 University Theatre presents Chicago, the world-famous musical about fame, fortune and “all that jazz.” Directed by Tony Award-winning guest artist Chet Walker, Chicago will run in the Fine Arts Theatre from April 12-14, 18-21 at 8 p.m., with a 2:30 p.m. matinee April 22. Tickets are $15, $12 for students.

Written by John Kandar, Fred Ebb and Bob Fosse, Chicago tells the story of murderesses Velma Kelly and Roxie Hart—two vaudeville dancers, one a star and the other a chorus girl—as they scramble to get by in a world full of what the show’s master of ceremonies describes as “murder, greed, corruption, violence, exploitation, adultery, and treachery—all those things we all hold near and dear to our hearts.”

“The characters may not have many redeeming values, but they look good and they know it,” said Erin McElroy, a master of fine arts candidate and costume designer for the show. “And in Chicago, if you look good enough and talk fast enough, you can even get away with murder.”

The university hired Walker, the internationally acclaimed director/choreographer, as a guest artist for this production. He began performing on Broadway at 16 and appeared in four Bob Fosse musicals. He also has created choreography for Cirque du Soleil, Compania Internacional de Theatro Musical and at Jacob’s Pillow, where he serves as director of the jazz/musical theatre dance program.

“Getting to work with Chet Walker—who studied at Bob Fosse’s feet, performed countless times under his direction and who won a Tony Award for recreating Fosse’s choreography on Broadway—is a truly extraordinary, once-in-a-lifetime opportunity for our students,” said David Saltz, head of the theatre and film studies department. “Though Chet has directed Chicago dozens of times elsewhere, this is an entirely original production built around the talents and qualities of our performers and designers.”

Shelli Delgado, a theatre major who plays the role of Roxie, commends Walker’s tremendous knowledge and love of this show.

“Every fiber of this show is full of energy, life and brilliance,” she said.

Ivan Ingermann, assistant professor of costume design, created a unique set for the production, removing the first few rows of seats to create a section of cabaret-style seating around tables.

“Without spoiling any of the surprises, be ready to experience a number of lighting ‘tricks’ and the ‘razzle dazzle’ that we use to bring spectacle to this production,” said Rich Dunham, lighting design faculty in the department whose works have appeared across the U.S.