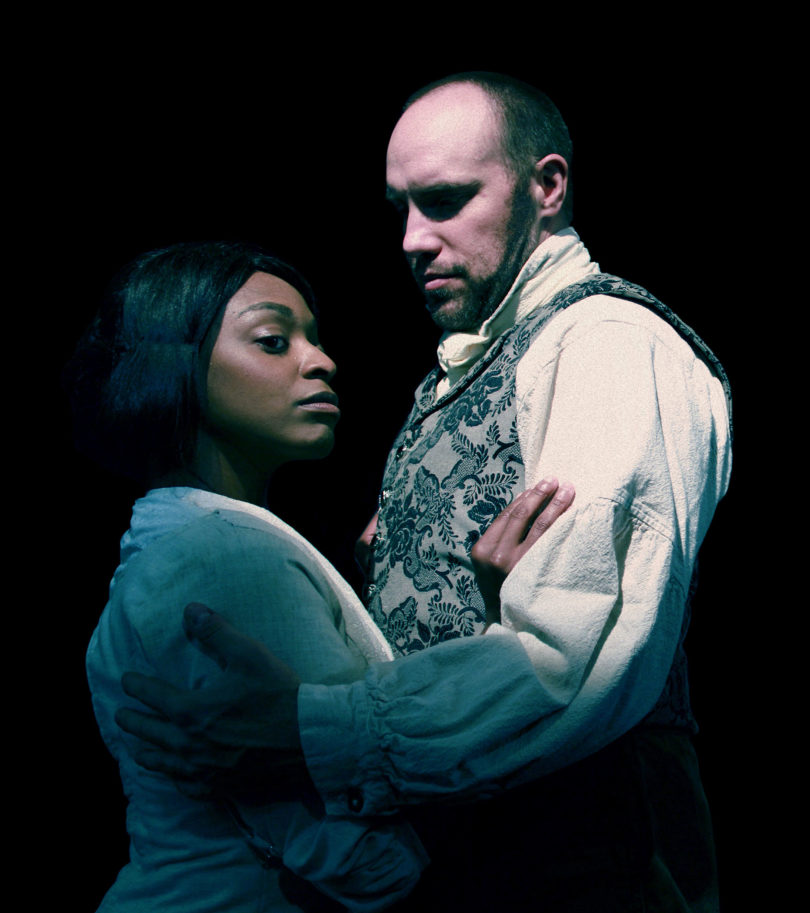 University Theatre will present Charlotte Bronte’s Jane Eyre Nov. 3-5, 9-11 at 8 p.m. and Nov. 13 at 2:30 p.m. in the Fine Arts Theatre. The performance is adapted by Polly Teale and directed by David Crowe.

The classic novel tells the story of Jane Eyre (played by second year MFA acting student Brittney Harris), an orphan raised by relatives who hold her in disdain for her poverty and plainness, then send her off to a severely austere charity school for girls. As an adult, she becomes a governess in a remote household. She learns to love its enigmatic owner, Mr. Rochester (played by second year MFA acting student John Terry), who sees past her quiet reserve to the passion and imagination that she has worked her whole life to repress. However, there is a complication: the mysterious madwoman in his attic, Bertha (played by senior theatre and English education double major Brandy Sexton).

Teale’s adaptation focuses on the mysterious inner lives of Jane and Bertha as two sides of the same coin, with Bertha as the passionate side that is kept in check by a culture that suppresses all natural desires-especially those of women.

Crowe calls the script “a bold and thrilling love note to Charlotte Bronte” that examines Jane’s journey of self-acceptance in astonishing new ways. The adaptation “draws from the best parts of the book and zeros in on the universal themes of identity, independence and the timeless struggle between desire and duty,” he said. “In a remarkably personal way, the play insists we ask: Is it possible to be loved and remain independent? Can we each embrace the darkness inside of us and still live a moral life? How can we offer and receive love without fully loving ourselves?”

Crowe has been nominated for four Suzi Bass Awards over the past three years, and his productions are consistently ranked among the “Best Plays of the Year” by the Atlanta Journal-Constitution, Arts Atlanta and Creative Loafing.

“David Crowe is currently one of the hottest, most sought-after directors in Atlanta,” said David Saltz, head of the theatre and film studies department. “I’m incredibly excited that Athens audiences will have the chance to see his work and that our students are getting the opportunity to work with him.”

“It feels more like a performance art piece than a movie of Jane Eyre,” he said.

However, the human struggle beneath the finery proves that humanity’s needs, desires and “penchant for screwing up is timeless,” he said. “There’s nothing I love more than refined people in beautiful clothes making terrible choices.”