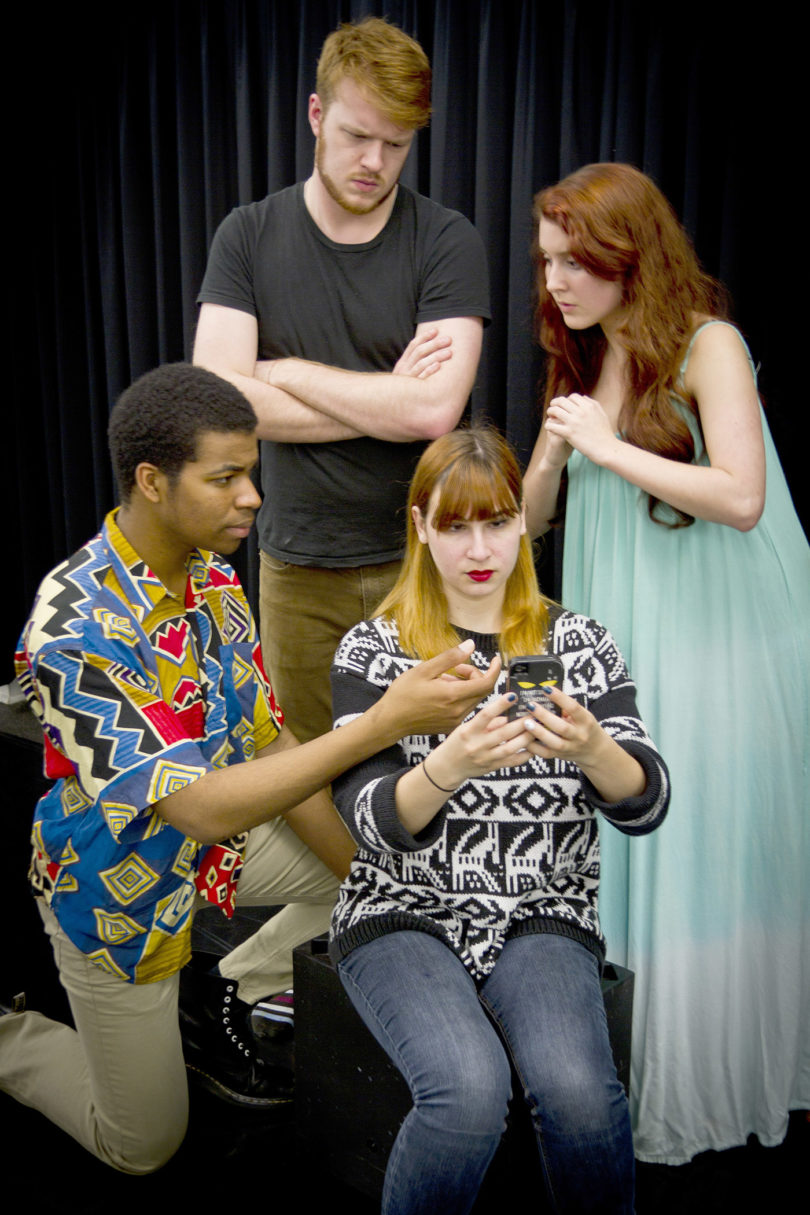 University Theatre will present the New Play Festival, with seven short plays by students and alumni, under the executive direction of John Patrick Bray. Performances will be at the Cellar Theatre March 23-26, 30-31 and April 1-2 at 8 p.m. with a 2:30 p.m. matinee on April 3.

Tickets are $12, $7 for students, and can be purchased at drama.uga.edu/box-office, by calling 706-542-4400 or visiting the Performing Arts Center or Tate Student Center box office.

The production includes plays, ranging in length from 10-15 minutes, all written by current UGA students and recent alumni. The plays revolve around the variety of human connection and disconnection-from the most fundamental levels to the supernatural.

The pieces include:
• Blue Light by Molly Pease (BA and JD 2014). In this play two spirits in the ether hope to find each other after they are born.
• Phantom Tone Syndrome by Alex Cornell (BA 2015), which explores the difficulties two people have connecting with each other directly rather than through their smartphones.
• Alice Captured by Grace Cole (theatre and English double major), which focuses on two people have a difficult discussion about an unborn child.
• Magnolia Blossoms: A Civil War Melodrama by Angela Hall (MFA dramatic media student), which satirizes existing perceptions about the black experience and what constitutes a “black play.”
• A Little Magic by Laura Sheridan (BFA 2015), which features a coven of witches and what happens when one loses her powers.
• What’s My Spirit Animal, Mama? which is a story about a person who tries to communicate with someone on the other side. It was written by I.B. Hopkins (BA 2015).
• Phantom Annihilators by Kati Gautreau (BA 2015), stars ghostbusters with a fake show who find themselves in a real haunted house.

“The New Play Festival perfectly represents what University Theatre should be: new, fresh, exciting, original,” said David Saltz, head of the department of the theatre and film studies. “We’re incredibly proud to be using our stage to tell our own students’ stories and to give audiences chance to see some of the new generation of great playwrights before they become famous.”