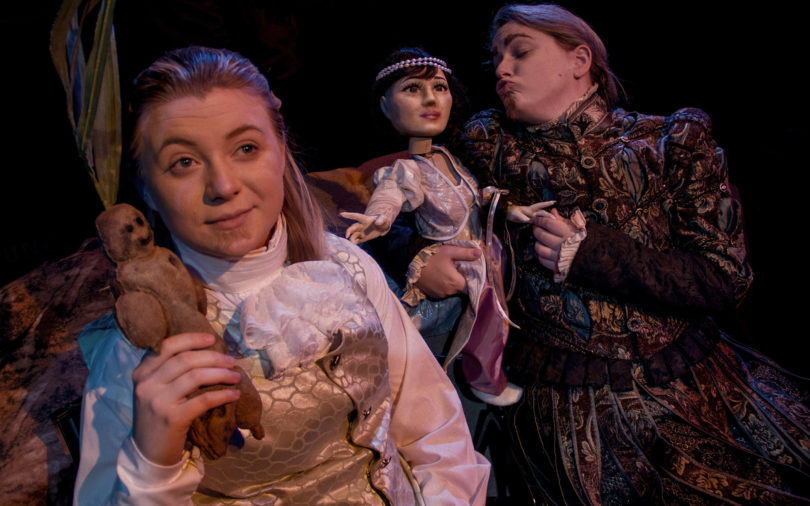 The University Theatre production is adapted by Walter Wykes from the play by Niccolo Machiavelli and directed by T. Anthony Marotta, an assistant professor in Franklin College’s theatre and film studies department.

The Mandrake is by the Italian renaissance political philosopher Machiavelli.

The play revolves around characters pursuing their desires by any means necessary: Callimaco (played by Drew Atkinson) yearns for the beautiful Lucrezia (played by Kileigh Adams), a virtuous young woman married to foolish old Calfucci (played by Hannah Klevesahl).

Marotta selected this play not just because it remains extremely entertaining but also because for modern audiences it is raises deeply disturbing and timely issues about sexual power dynamics and consent. Like many comedies of the past, the story revolves around a man who tries to concoct ways to sleep with a woman without her consent.

“How can we laugh at this? This masculine play about the ruthless pursuit of a woman as a sexual object at the same time diminishes women’s voices and presence onstage,” said Marotta, who chose to cast the show entirely with female actors. “Not only do women play the men, but to go one step further, all of the women’s roles in the play are diminished (or elevated) even more through the use of puppetry. We have women playing men manipulating female puppets to get what they want.”