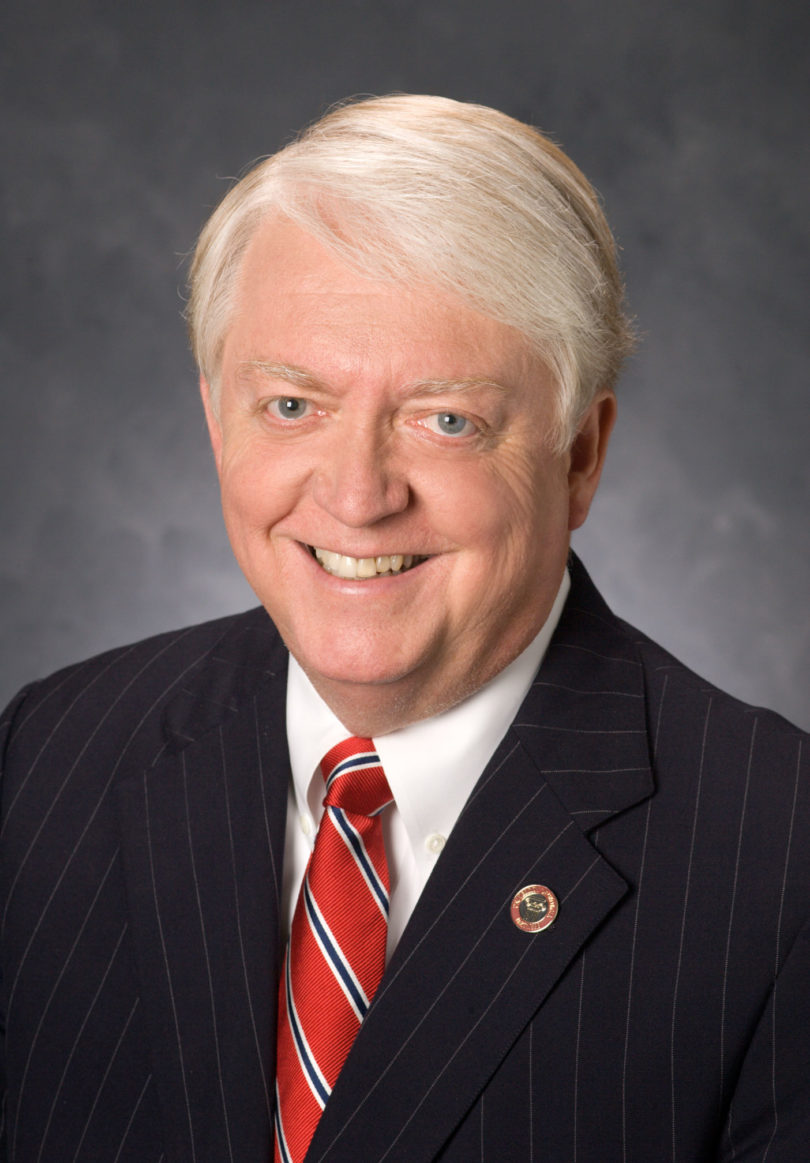 With praise for efforts by the university community to conserve water in the face of immediate crisis, UGA President Michael F. Adams accepted in principle the report of a campus task force charged with identifying additional sustainable water conservation measures for the future.

Adams praised the work of the committee under co-chairs Kathy Pharr, assistant vice president for finance and administration, and Lonnie T. Brown, associate professor of law and administrative fellow in the provost’s office.  Adams endorsed in general the committee’s recommendations for both short- and long-term measures, including:

• systemic changes in UGA’s construction and maintenance practices to retain water and use it more efficiently;
• development of an emergency management plan to identify and prioritize critical campus functions to maintain in the event of a water supply crisis; and
• enhancement of a public awareness campaign to increase knowledge of the issue and effect changes in behavior by individual members of the campus community.

Following the groundwork laid by the committee, Adams said the university will implement measures that will conserve significant amounts of water in the short term with the least possible impact on core missions, achieve sustained water conservation over time, and will work to identify ways to potentially increase the university’s water supply.

While not ruling out suggestions the committee made for “worst-case scenarios,” the president expressed confidence that such measures ultimately will not be necessary.

“The full participation of the university community exhibited to date, along with implementation of many of the other measures proposed and a reasonable amount of rainfall, should be sufficient without resorting to those measures,” Adams said. “I would be concerned if our focus for now was on worst-case scenarios—there’s so much else we can do to avoid reaching that stage.”

Adams praised administrative leadership such as that in Physical Plant for identifying and implementing numerous water-saving measures in UGA’s day-to-day operations. “I am confident that the university has the capacity within our existing organizational structure to manage the institution’s conservation projects without creating another administrative office to do so,” Adams said. “Our budget priorities must remain on increasing faculty and staff salaries, and to do that we need to manage these other issues without creating new bureaucracy.”

Noting that the university has not asked for any exceptions to county or state water use restrictions, the president praised the campus community’s spirit that has helped Clarke County achieve one of the largest percentage water-use reductions in the state. “By working together, we can weather this challenge and change long-term behavior so that we can better meet such challenges in the future,” he said.