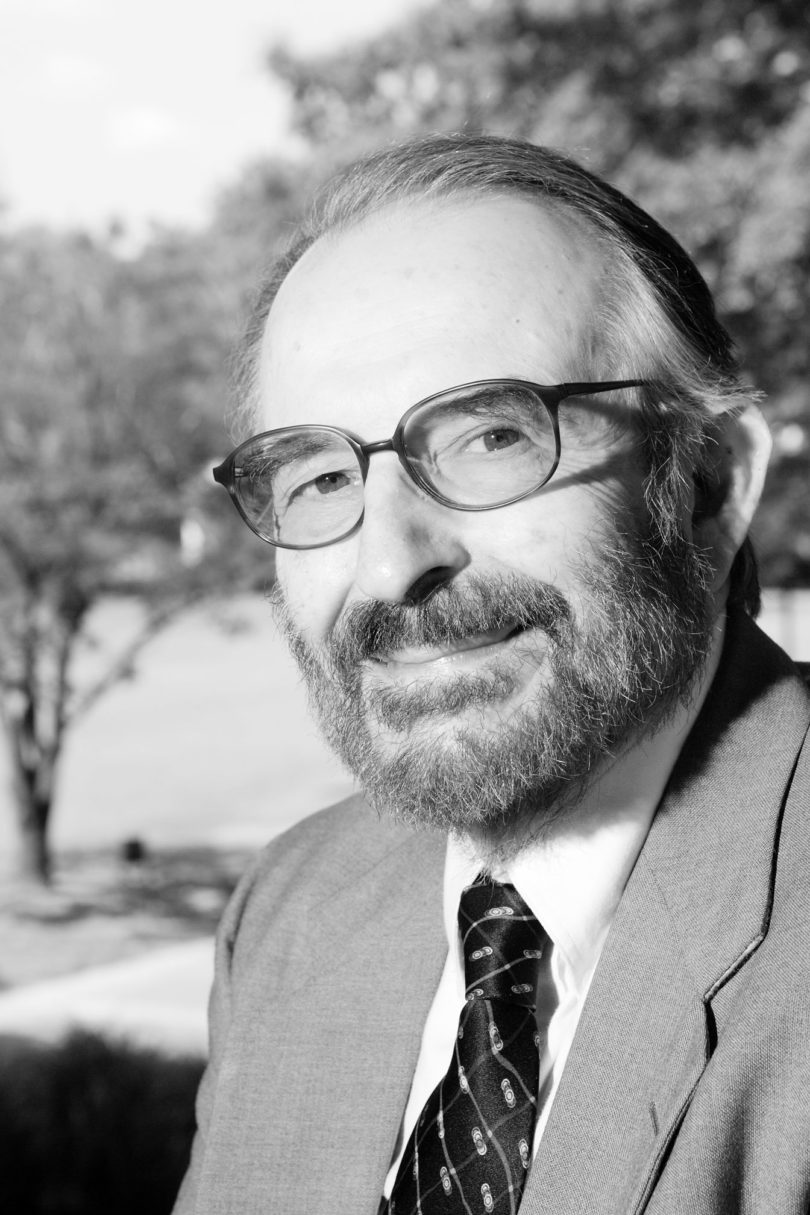 Team of UGA chemists explain possible formation of adenine, one of four ‘building blocks’ of DNA

Experiments show that simple molecules can combine chemically rather than biologically to form the building blocks of DNA, the key component of all life forms. These processes might have taken place on primitive Earth, but how they occurred is an unsolved puzzle.

Chemists at UGA have now proposed the first detailed, feasible mechanism to explain how adenine, one of the four building blocks of DNA, might be built from the combination of five cyanide molecules. The investigation is based on extensive quantum chemical computations over several years.

“Just where these biomolecules originated isn’t known,” said Paul von Ragué Schleyer, Graham Perdue Professor of Chemistry. “One can only speculate. They could have formed from smaller molecules present on primitive Earth, either very slowly over millions of years or rapidly before the Earth cooled down. Asteroids may have brought them from outer space, but how did biomolecules form there?”

Proposed adenine formation
The newly proposed mechanism for adenine formation gives a clear picture of how it could have become one of the building blocks essential for the formation of DNA. The research was published in the Proceedings of the National Academies of Science. Schleyer’s coworkers were doctoral candidate Debjani Roy, the first author of the paper, and Katayoun Najafian, his former student from Iran.

DNA is the nucleic acid blueprint of life that is passed on from generation to generation. First isolated in 1869 from the pus of discarded surgical bandages by Friedrich Miescher, a Swiss doctor, DNA’s double helix structure was discovered by Watson and Crick in 1953. DNA is shaped somewhat like a twisted ladder with the rungs anchored by matching pairs of only four bases: adenine, guanine, cytosine and thymine.

UGA chemists focused on adenine because of its relative prevalence on Earth and its formation in the dark  from simple components. Along with other fundamental building blocks, adenine has even been detected extraterrestrially. Still, the vast distance between the smaller molecules required to form adenine in outer space precludes its formation, unless some nucleation centers, like specks of interstellar dust, are present.

“Numerous experiments have demonstrated that amino acids, nucleotides, carbohydrates and other essential compounds form under simulated primitive Earth conditions,” the authors write in their paper.

Remarkably, a solution of highly poisonous cyanide in ammonia, frozen solid in a refrigerator for 25 years, produced adenine, a necessary component of life. A substantial amount of adenine also was formed in a high-temperature experiment designed to simulate early volcano-like environments. But the question is how.

Solving a series key riddles
The UGA researchers arrived at an answer by solving a series of key riddles. They worked out the processes in which five cyanide molecules might combine to form adenine under terrestrial conditions. Their predictions are based on extensive computations of sequences of reaction steps along possible mechanistic routes.

“Finding a viable, thermodynamically feasible, step-by-step mechanism that can account for the formation of adenine was far from straightforward,” the authors wrote.

“Our report provides a more detailed understanding of some of the chemical process involved in chemical evolution, and a partial answer to the fundamental question of molecular biogenesis. Our investigation should trigger similar investigations of the abiotic formation of the remaining nucleic acid bases as well as other biologically relevant molecules.”