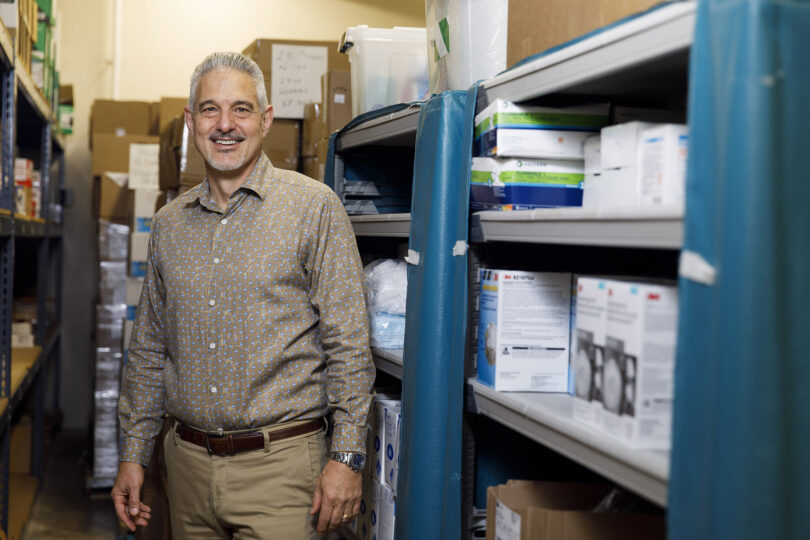 If anyone doesn’t have what they need, Bill Kemper will find it

Bill Kemper is kind of like the University of Georgia’s version of Radar O’Reilly, the guy on “M*A*S*H” who could get people exactly what they wanted when they needed it, even when it wasn’t easy. In Kemper’s case, the not-easy part is the pandemic.

Kemper has been harnessing his Radar-esque superpowers of deal making and collaboration to get supplies to folks at the University Health Center and to patients and employees at new testing sites like the one at Legion Field. And so far, so good. No one has lacked for anything under Kemper’s watch. 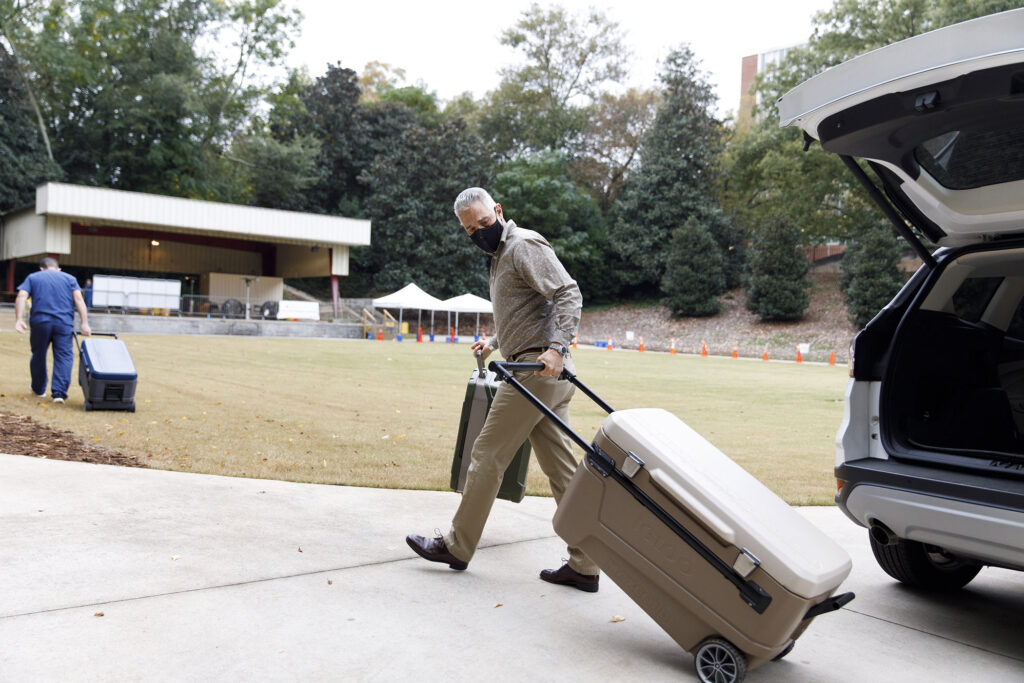 Bill Kemper unloads and delivers coolers with the COVID-19 tests for the team of workers at the UGA Surveillance Testing Site at Legion Field during the morning run for supplies to the site. (Photo by Andrew Davis Tucker/UGA)

“The big thing was the suddenness of what we had to do. We first saw this coming in the spring and almost instantly – the PPE, the supplies that we’ve normally been getting for years and years with our vendors – everything disappeared,” said Kemper, who has been at UGA for 28 years (and, for the record, is jolly, not nerdy and generally unlike Radar in every other way. Except for a penchant for saying “Gosh.”)

“I had enough supplies on hand. But I knew long term, it was unsustainable unless we took immediate action,” he said. So Kemper got on the horn. “We called in favors. We’ve been on the phone almost daily with new vendors and old vendors trying to piece together what we need.” Even when he could only find a partial box of something, he’d take it and find the rest somewhere else.

The hard-to-find items change as the pandemic unfolds. “The things that you wouldn’t think would be difficult to get in the supply chain became difficult. It started with PPE, N95 masks, then patient masks, then gloves and then patient gowns. Now it’s going to be needles and syringes,” he said. “And when they do find a vaccine, that’s going be a big rush.” 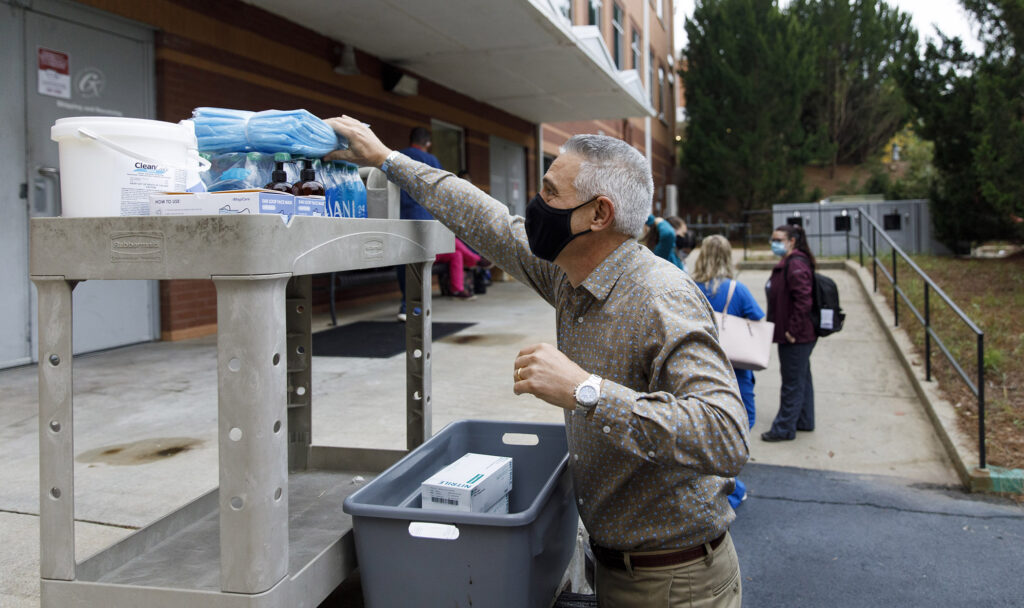 Bill Kemper loads supplies and PPE for the team of workers for the UGA Surveillance Testing Site at the loading dock of the University Health Center before the morning run for supplies to the site. (Photo by Andrew Davis Tucker/UGA)

Kemper is extremely tenacious. If someone needs something, he will get it. He attributes some of this tenacity to his time in the military. “I served in the Navy for six years. And if you’re out to sea and things break down or you need supplies, you have to be able make do with what you have. If something doesn’t work or you don’t have what you need, it’s ‘Well, what do we have?’ ‘Can we make something work?’” When he needs a sounding board, he asks his wife, Tammy, who’s worked as a nurse at Athens Regional for many years and can offer alternatives to hard-to-find items.

The rest of his persistence comes from remembering who he’s doing this for. “The key is that we’re providing for the medical staff, the patients, for the health center. These are our friends; these are the people who work upstairs. You need to protect your friends, the people you work with and the students.  It gets personal,” he said. “So, if you’ve got a new vendor, you make that phone call and you push and push and push.”