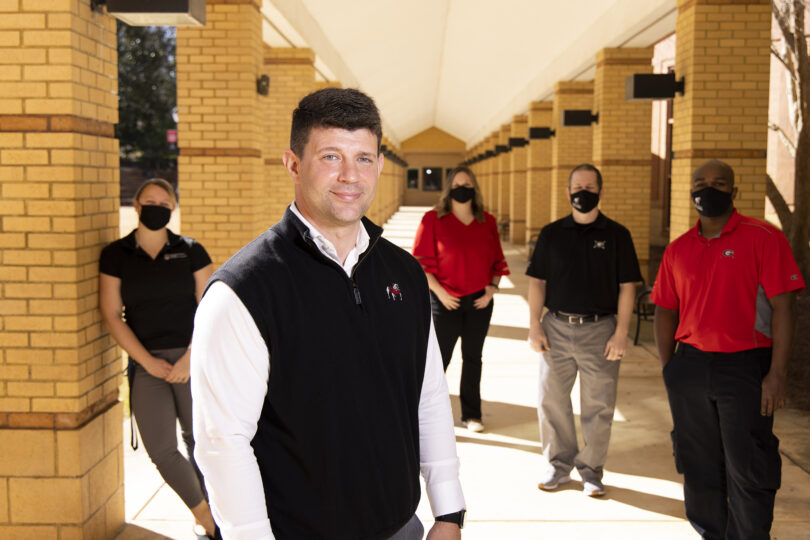 Josh Stewart and his team stand in front of the Ramsey Center. (Photo by Andrew Davis Tucker/UGA)

When it was time to get the University of Georgia’s recreational sports facilities reopened after the COVID-19 closures, Josh Stewart was more than ready. After weeks of Zoom meetings about PPE, sanitizing procedures and how to enforce social distancing, Stewart, assistant director for facility operations at the Ramsey Student Center, knew what they needed to do and was eager to get to it.

But it wasn’t easy going—particularly the part where he and his team had to move between 400 and 500 pieces of fitness equipment, each weighing 500 to 1,000 pounds.

“Let’s be honest, it was a lot of elbow grease. But we had been teleworking for a while so when it was time, we were really excited about it. We wanted to prove that we could open and operate safely. I don’t want to say I enjoyed it, but I did kind of enjoy it because it was a challenge,” said Stewart, who is in charge of providing vision, leadership and strategic management for all rec sports facilities including the Ramsey Student Center and the Rec Sports and Club Sports complexes.

Stewart takes the “leadership” part of his job especially seriously. “That’s probably the whole reason I’m in this career,” said Stewart, who has a master’s degree in college student affairs. He oversees roughly 250 student staff in the Ramsey Center, not just instructing them on gym operations but teaching them skills they can use throughout their lives and careers. 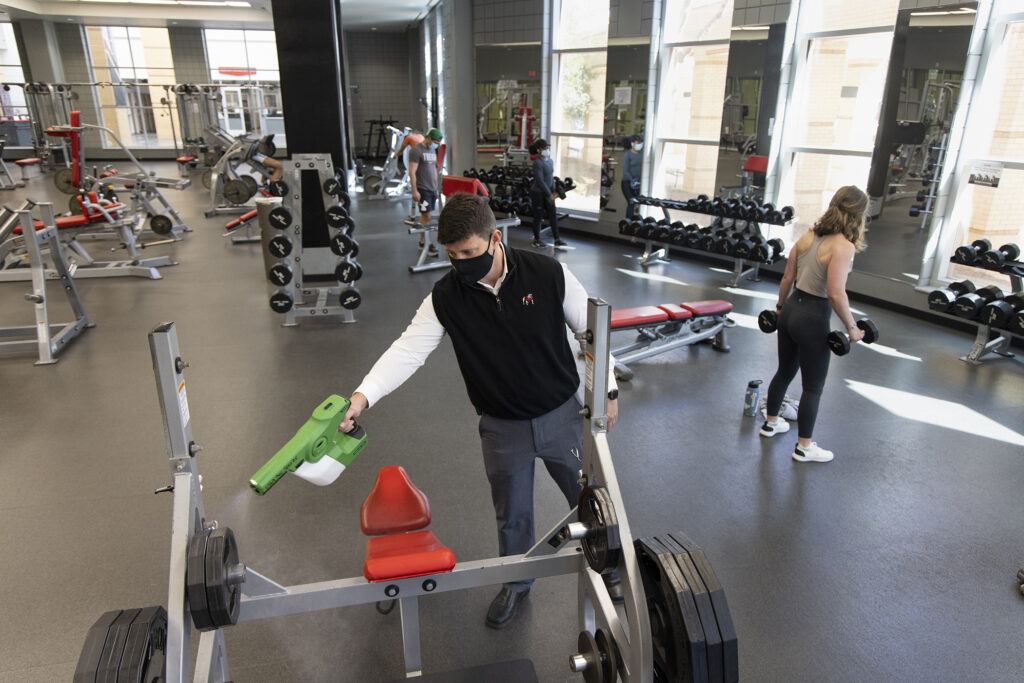 Josh Stewart sprays a sanitizing gun over an incline bench press bench in a weight room at the Ramsey Center. (Photo by Andrew Davis Tucker/UGA)

“I was one of those students at one time,” said Stewart, who started at a rec center at the University of West Georgia. “I’ve seen firsthand what student development can do for somebody. It can change your entire life. It can change the trajectory of your entire career.”

Not only are student staff learning gym-centric skills like spotting lifters, wiping down equipment and aiding folks with minor injuries, they’re getting trained in skills they can carry with them into the future. “We really try to teach transferable life skills through their employment. We want them to leave here with good, solid resume experience that they can use throughout their career,” said Stewart. 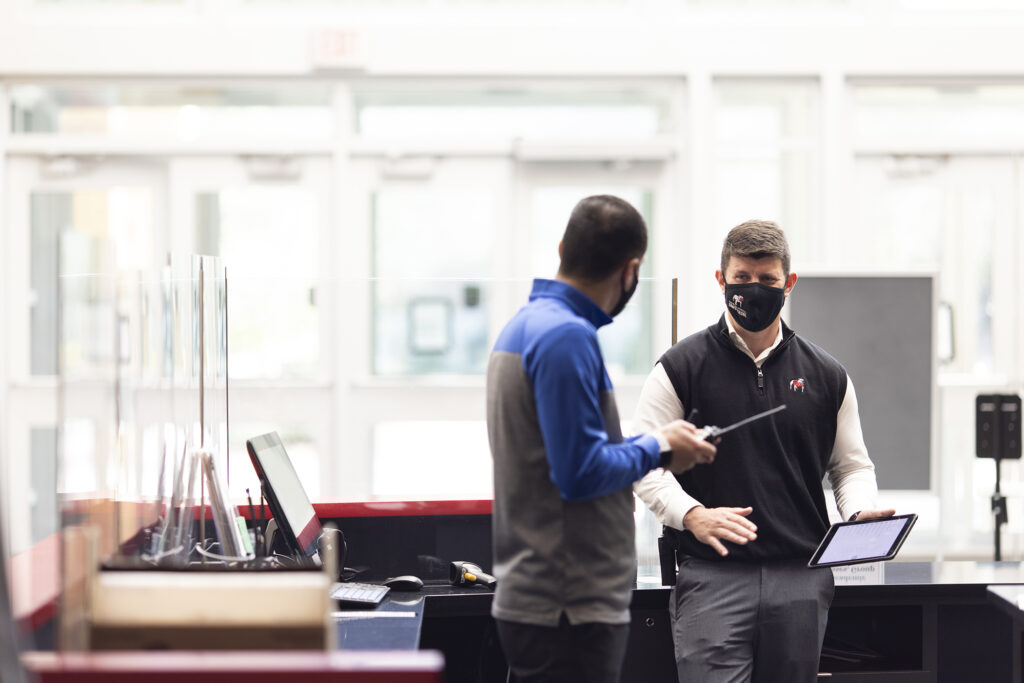 “We include student workers in things like hiring, training and meetings, letting them lead and coaching them through,” he said. “That way they can go into a job interview and say, ‘Yes, I have sat on the other side of the table before in an interview. I have trained individuals before. I have supervised people on shifts before.’ It’s not just something on their resume. They can actually speak to these experiences.”

Stewart’s facilities are clean, safe and operating smoothly. But it’s what goes on behind the scenes that is even more important. “It’s more about developing people than it is developing a facility,” said Stewart. “I really believe in what we do. I believe we can make a difference because it made a difference in my life.