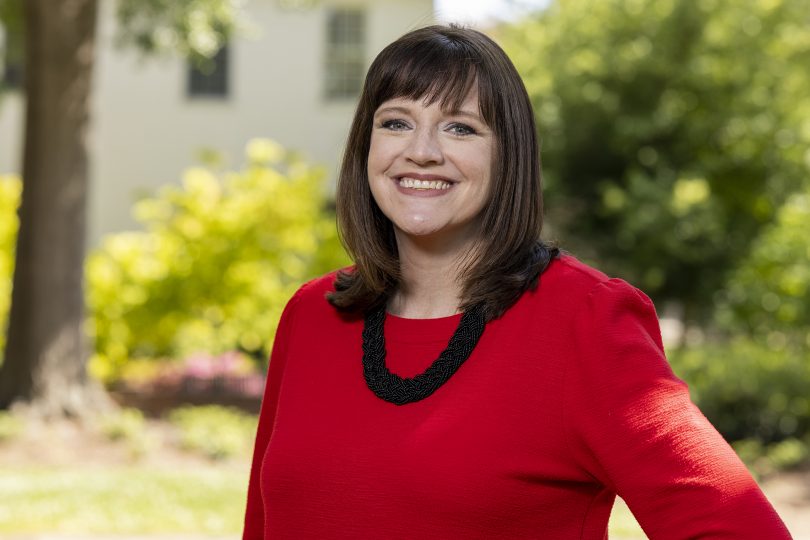 How has Lindsey Copus’ job changed since the advent of COVID-19? “It’s events,” laughed Copus, assistant director of the University of Georgia’s Office of Special Events. “It’s completely changed. There’s not one thing that is the same as it was before COVID.”

Copus and her colleagues had to look at all scheduled events and figure out how to re-create them safely following CDC and USG guidelines and consulting with UGA’s Preventative Measures Advisory Board, experts from a wide variety of fields who advise how to best keep campus safe during the pandemic.

What they came up with took different forms, depending on the nature of the event. Some things like pregame receptions for football games and out-of-town receptions for donors had to be canceled outright. For occasions like the Presidents Club event for donors or Staff Appreciation Day, small gifts and other items were mailed in lieu of in-person events.

But the biggest challenge has been the Commencement ceremonies, which were reformatted throughout the year depending on a host of factors, including the weather, COVID numbers and the size of the graduating class. The October ceremony for spring graduates was small, so they were able to hold a safe, in-person event outdoors, capitalizing on the mild fall weather. In December, they opted not to have an in-person ceremony. “We were looking at the news and the COVID numbers were rising, rising, rising,” Copus said. “Along with that, it’s typically rainy and cold, and if the ceremony had to be moved inside we wouldn’t have been able to properly social distance.” 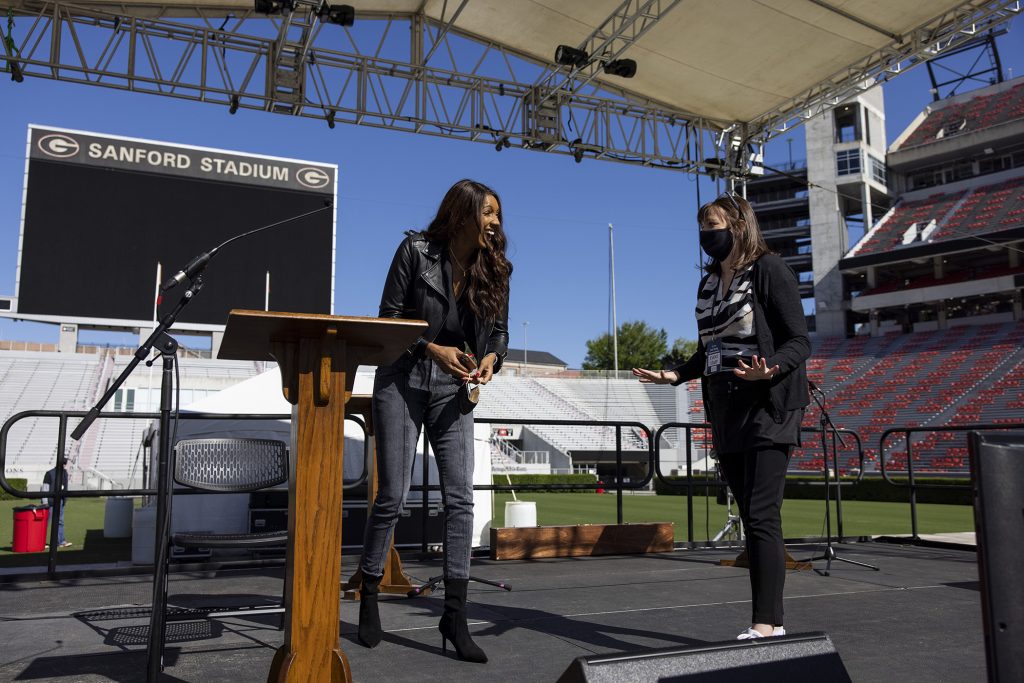 And the May ceremony? “I’m planning even another different scenario,” she laughed. “We’re apparently trying out all the options.” It was split into four ceremonies, all in Sanford Stadium, and went off without a hitch.

For the four different ceremonies, eligible spring graduates were provided a ticket to sit on Dooley Field at Sanford Stadium, if they chose, and there was no limit on the number of guests in the stands.  Ph.D. students also had a seat on the field as well as an additional ticket for field access so that their major professor, friend or family member could be with them when they were hooded. Since they couldn’t walk across the stage this year, planners created a slide for each student to put up on the Jumbotron to give them individual recognition.

“The people who supported you through all of it will get to be there,” said Copus. “And it’s nice to be with your family because graduation is often just as important to parents as it is to the graduate.” 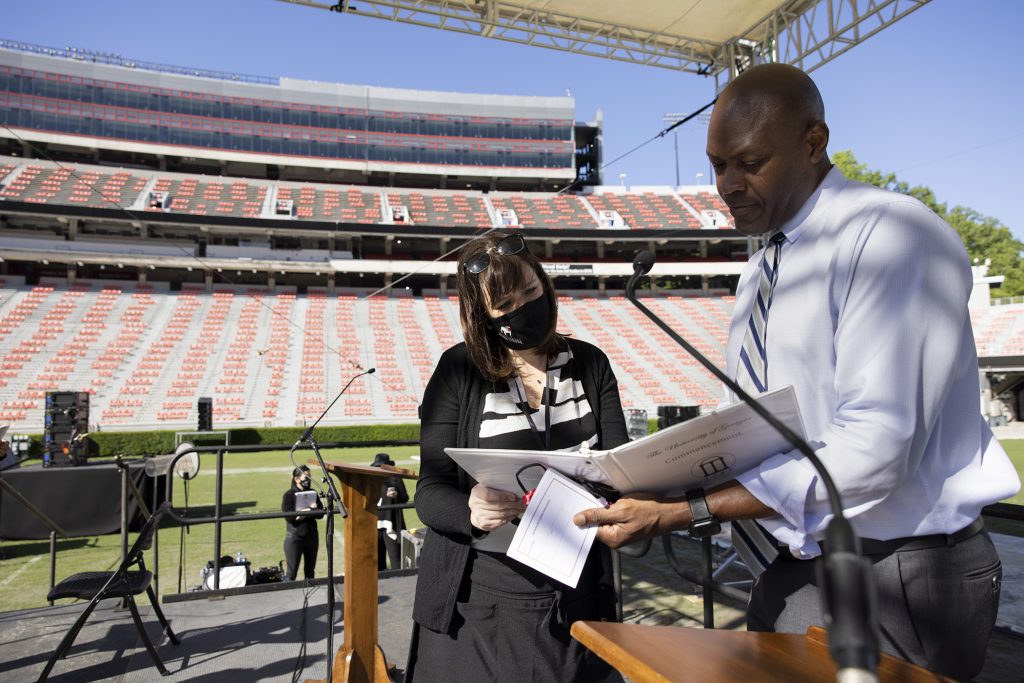 Lindsey Copus looks over the Commencement script with Dean of the Graduate School Ron Walcott at the morning sound check. (Photo by Andrew Davis Tucker/UGA)

There have been a lot of these kind of happy solutions that Copus said might continue in the future. She and her fellow Commencement planners will be evaluating feedback from this year’s ceremonies over the summer.

None of the changes seemed to faze Copus, who loves throwing events of any kind. “My son is 5 and he’s had a themed birthday party every year,” she said. And dealing with unforeseen challenges is part of her job, so when the pandemic upended her carefully laid plans, she decided to view it all as a fun challenge. “Every event is stressful – something’s going to go wrong at every one,” she said. “I think event planners are gluttons for punishment.”