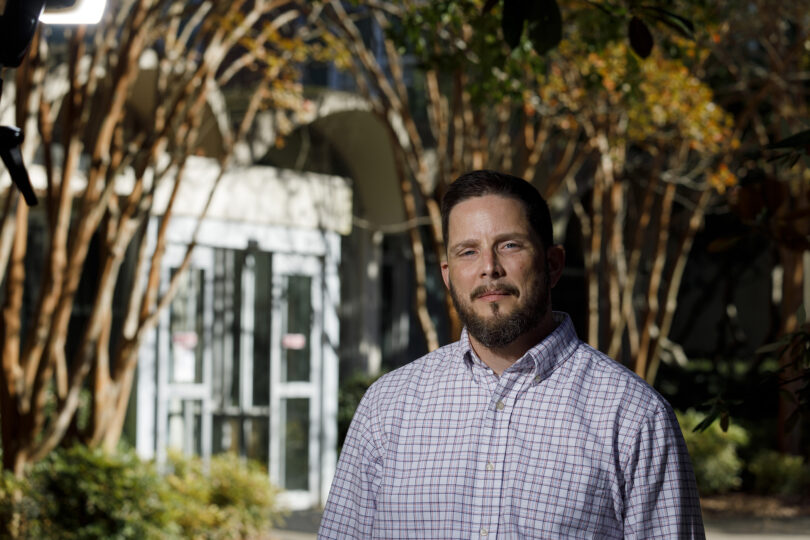 Security Coordinator Ricky Young and his team tackle many challenges

Following the hand washing dictates that came with this pandemic was definitely not a problem for Ricky Young. “I’m naturally a germaphobe anyway,” said Young. “There’s always a bottle of hand sanitizer in my car.”

In fact, the security coordinator and his team of 13 other security guards who patrol the University of Georgia residence halls each night instituted pandemic protocols before they were mandated, including staggered check-in times, social distancing, separate breaks, masks and, of course, even more hand washing.

Young is used to taking on challenges as they come his way. “I joke around and say that we’re the slash unit because we do a little bit of everything,” he said. Not only are they a visible presence on campus helping to deter and/or handle various problems, they also handle some maintenance and facilities issues as well as building security. “And anything else that gets thrown in our laps,” said Young.

What can be thrown in their laps truly can be anything. After students left campus last spring due to the pandemic, they also permanently left behind some of their stuff in their rooms. Young assisted with “trashing out” the residence halls, removing things that students didn’t take with them. “I was amazed at some of the things they left behind,” said Young. Things like TVs and futons—there were many, many futons—were donated to charity. 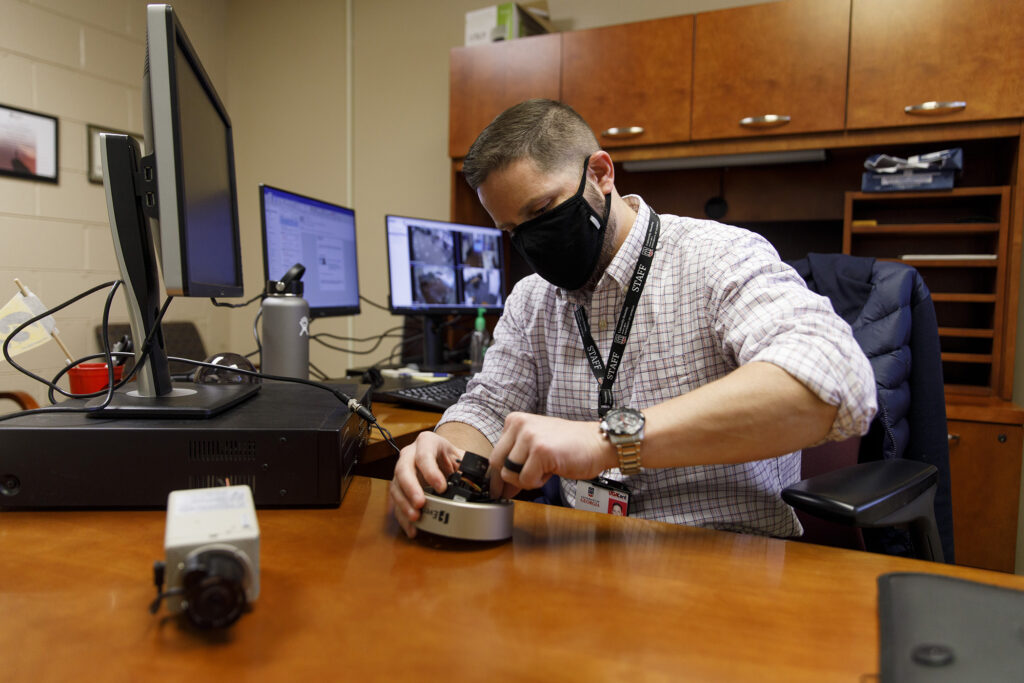 Ricky Young looks over some older surveillance cameras in his office in Creswell Hall. (Photo by Andrew Davis Tucker/UGA)

Sometimes Young and his team run into more serious issues, but very rarely do they have to get the UGA police involved. (We focus on de-escalation, said Young, and 99.9% of the time people are cooperative.) And sometimes they just happen to be there when a student needs them. “It could be as simple as somebody just wanting somebody to talk to,” said Young. “Maybe a resident is dealing with an issue they don’t want to talk to their friends about so they see somebody in uniform and want to talk to them. It could be just being an ear for somebody.” If someone’s having a mental health issue, Young and his team connect them with housing staff, campus police, psychiatric services or whatever else they might need.

“You never know what you’re going to get,” he said, describing a typical night on the job. “I get calls all the time. And if I can help them, I will. That’s basically our MO within this unit. If we can’t help you, we will find somebody who can.”