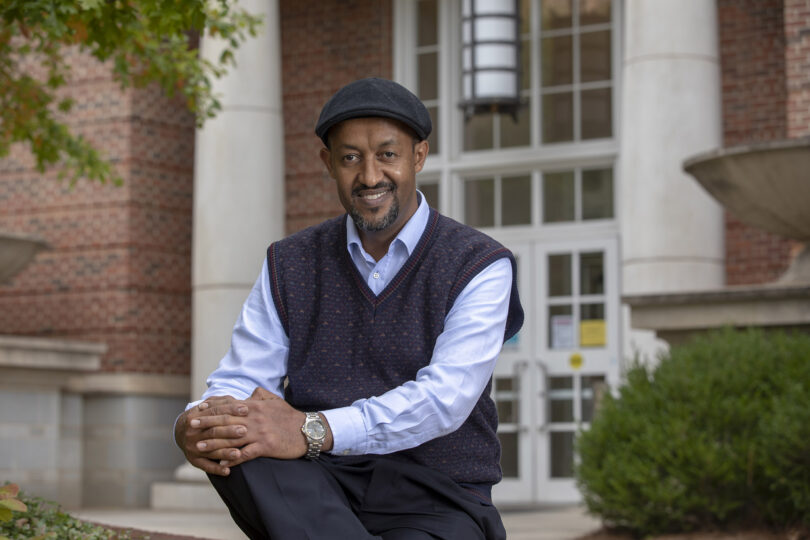 Teodros Ghebreyesus outside of the Miller Learning Center. (Photo by Peter Frey/UGA)

During the pandemic, he’s helped set the stage for new modes of instruction

“What gives me satisfaction is finding solutions,” said Teodros Y. Ghebreyesus, an audiovisual systems engineer at the University of Georgia’s Center for Teaching and Learning.

The pandemic has given Ghebreyesus plenty of chances to find solutions. He and his colleagues have spent months making sure students, faculty and staff are safe in their classrooms. Some of the prep has been the kind of tech stuff you’d expect an AV guy like Ghebreyesus to take on. He’s switched out traditional computer monitors in classrooms with models that have built-in microphones and webcams to accommodate virtual learning. He’s put new voice amplification equipment in classrooms. He’s helped trade wireless mics for gooseneck types that sit further from users’ mouths. 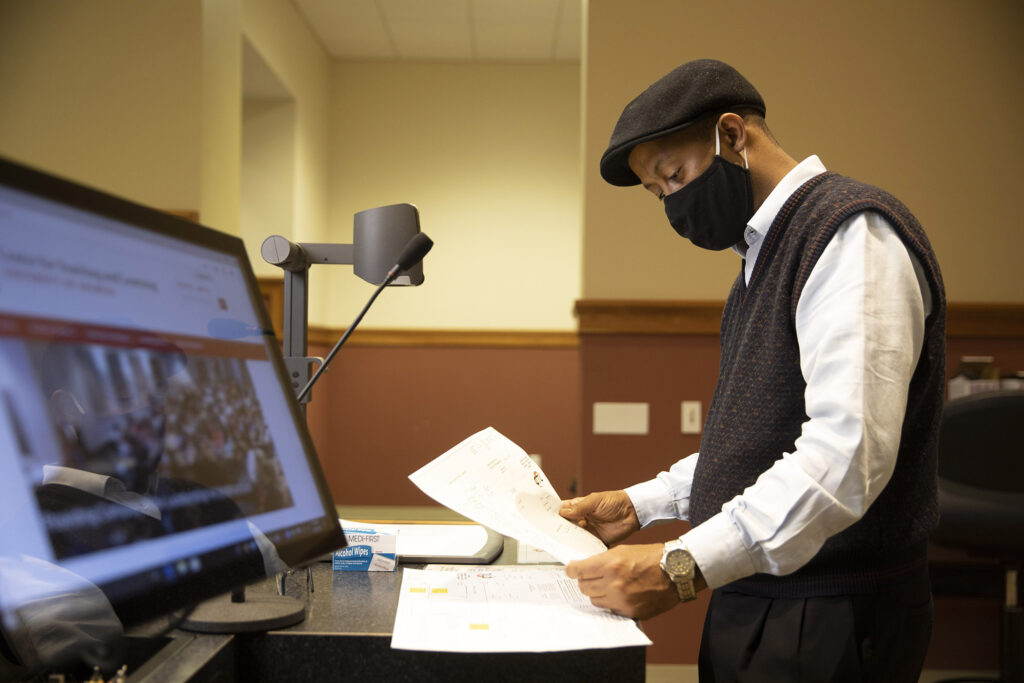 Other new tasks weren’t in his usual job description. He and his colleagues went through classrooms, labeling chairs and marking socially distanced spots on the floor. Ghebreyesus and other AV employees even did a little acting, pretending to be professors or students to help colleagues test out new video conferencing software.

No one is really prepped for a pandemic, so they’ve had to figure it all out on the fly. “We’re all at home meeting via Zoom or on the phone daily or a few times a day to see what information is out there,” said Ghebreyesus, who has been at UGA for 15 years. They brainstorm and check out what their colleagues have discovered at other schools to solve new problems, such as finding the best cleaning solution to use on classroom touch panels.

Ghebreyesus, who lived in Asmara, Eritrea, in Eastern Africa until he was 18, appears to be working on about 8 billion things at once, which is his usual mode even during nonpandemic times. And he’s had a penchant for engineering for as long as he can remember. “When I was a child, I was always curious to know how things worked,” he said.

Though he loves working with electronics and solving problems, his favorite part of the job is helping people. He described going into classrooms to help faculty members with technical issues and then fixing the problem so that the teaching could go on. “The smile that you see on someone’s face after you helped – that means a lot,” said Ghebreyesus. “Sometimes they are so nice and say, ‘Give Teodros a round of applause for fixing the problem.’  When they are happy, it makes me happy.” 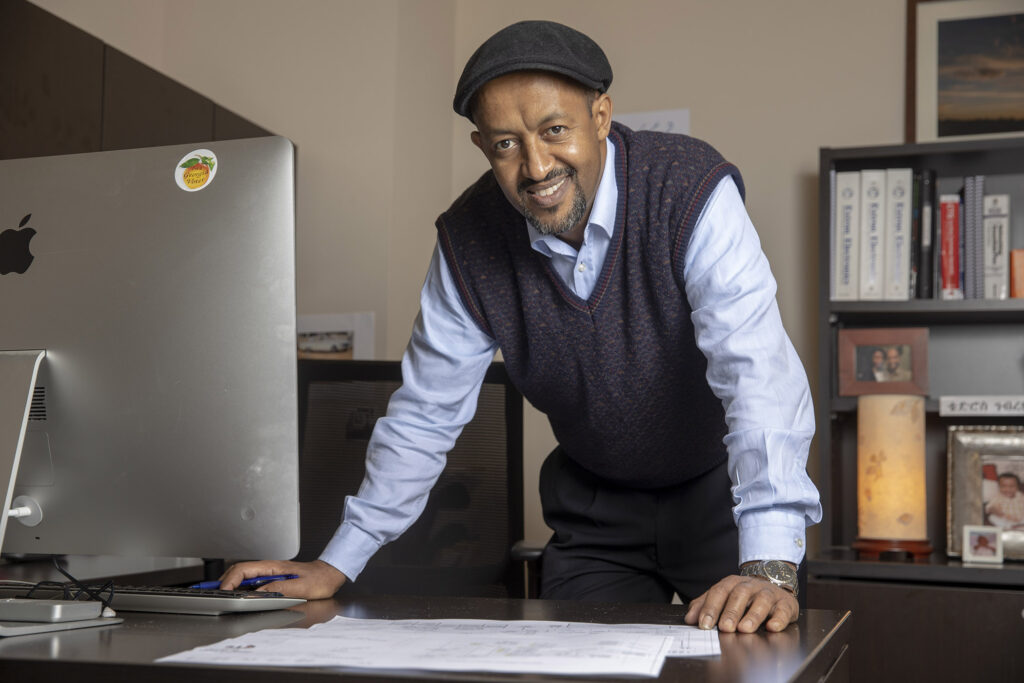 Ted Ghebreyesus looks at design plans in his office at the MLC. (Photo by Peter Frey/UGA)

As much as Ghebreyesus likes the occasional round of applause, he’s adamant to share those kudos with his fellow workers. “Our team is a family,” he said. “Just like everybody else on campus, we did what we needed to do to keep everybody safe while getting the campus ready for classes to begin. I am just one of many led by our wonderful, wonderful boss Edward Schwartz (associate director for classroom support and learning spaces). Under his leadership, we all delivered. We all worked together as a team, hand-in-hand,” he said, then paused and laughed. “Except it was no-contact hand-in-hand.”