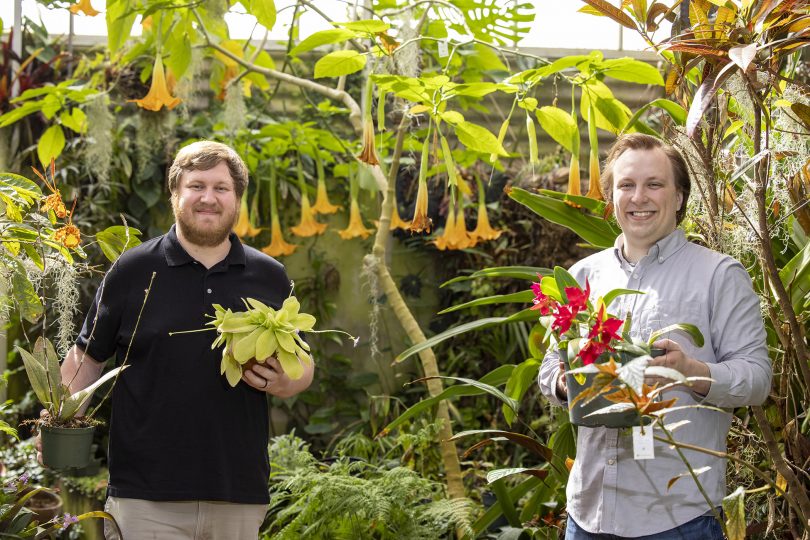 Some classes are easier than others to translate into virtual instruction. The department of plant biology’s Plant Taxonomy course is in the “not easy” category.

“It’s a very hands-on lab where students are dissecting flowers and looking at things under microscopes,” said Mason McNair, a graduate teaching assistant who along with fellow TA Mark Zenoble was given the task of creating and presenting content for the lectures and laboratory sessions, under the supervision of two professors, the official instructors of record for the course.

When COVID-19 first hit, Zenoble was splitting teaching duties with a previous TA. Zenoble was in charge of the second half of the course. “That split was supposed to coincide with spring break – which, as you may recall, coincided with when we never came back,” said Zenoble dryly. He scrambled to get lectures out to the students, prerecording about 30 videos in rapid succession.

For the hands-on lab portions like plant dissections, it was trickier. He didn’t have any of the proper lab equipment so he tried to make do with things he had on hand at home. “I did all the dissections in my tiny apartment kitchen on a little round table that was not at all a good size for doing dissections,” said Zenoble. He took pictures of each step, moving his cutting board and microscope every time he needed to take a picture. 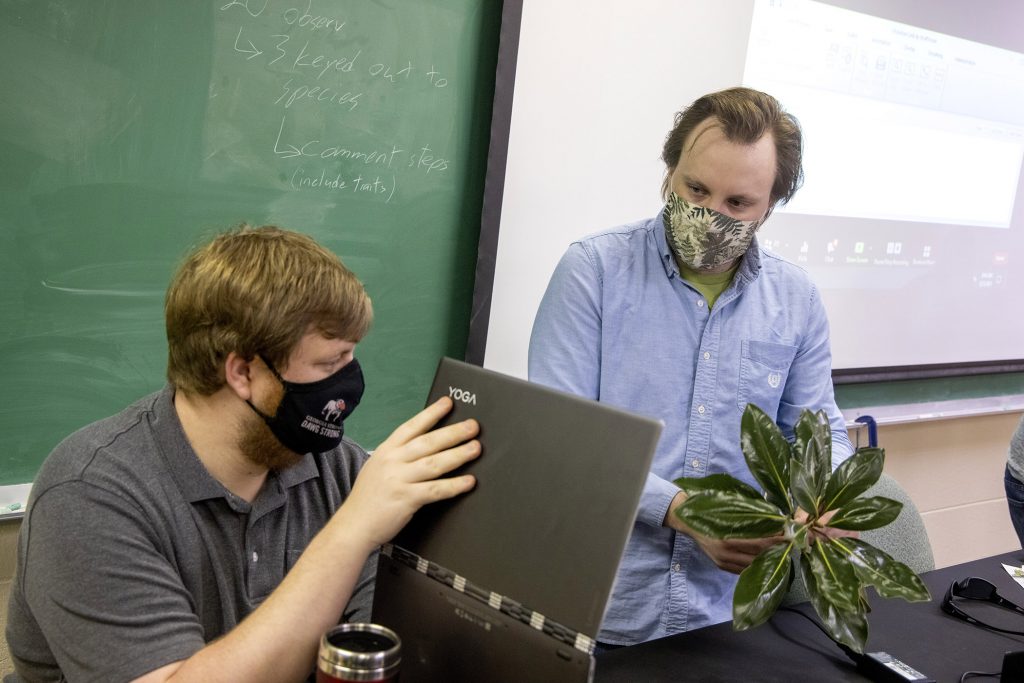 Zenoble and McNair have since jazzed up their repertoire for their three lecture sections and two labs a week. They’ve created videos in the greenhouse and the herbarium, and video walking tours around campus to identify various plants. McNair, who has a photography background, adds graphic and editing flourishes.

Plant Taxonomy is a hybrid synchronous class, which means it is offered in person as well as online. “We tried to adapt as many different lectures and labs to online as we could while also maintaining the in-person aspects that we’ve done in the past,” said McNair.

Every week, they take a poll to see how many students will attend class in person, then work from there. “Essentially we double down on or double up the amount of material we’re prepping,” said McNair. They gather specimens and record the dissections for the home viewers, while making sure there are enough plant specimens for the students to work on in class.

It’s a lot of work, but for these two self-described plant nerds, completely worth it. 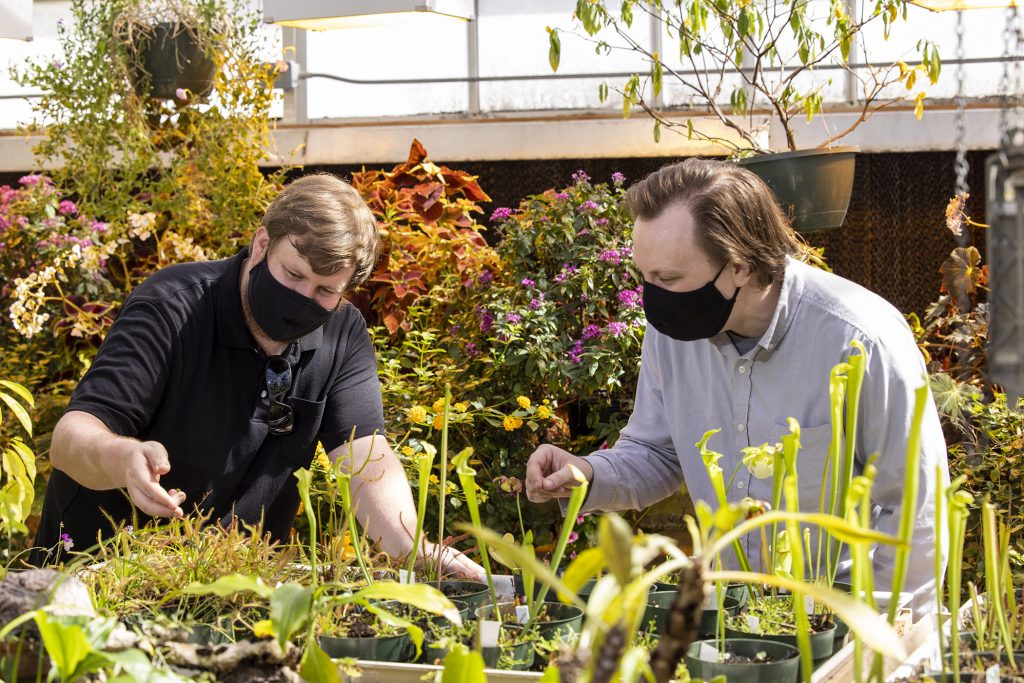 “For me, it’s wanting to pass on that passion to my students. Our goal is to get these students excited about plants that they see all around them every day,” said McNair, who got his plant passion as a kid when he discovered the carnivorous pitcher plant (Sarracenia sp.). (A running class joke is McNair’s tendency to work in a reference to the plant in nearly every lecture.)

Zenoble feels the same way. “I have a huge passion for making plants as cool to other people as they are to me. This class and having the opportunity where I’m just explaining stuff about plants all day is really my dream job,” said Zenoble, who developed a passion for biology watching his veterinarian father bring home his work, but decided he wanted to study something that “wouldn’t run away.” “I’m a huge plant nerd. I can’t overstate that enough.”

The two hope the work they do can help alleviate some Plant Awareness Disparity (PAD), a new term in the plant world for the phenomenon of people failing to notice the plants around them and not being aware of what they are or what they do. “Part of it is making people aware of the problems we’re facing in the natural world,” said McNair. “Plants are a huge part of that, and making people aware of them and how they can help conserve them is invaluable.”