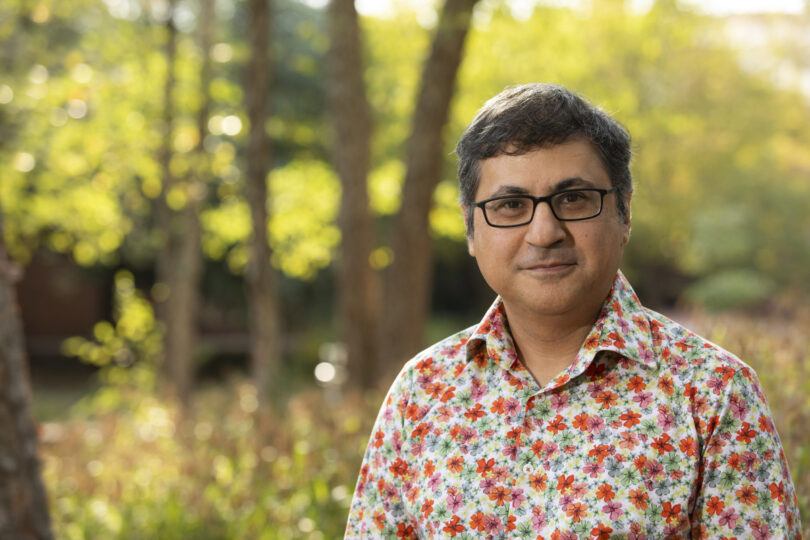 Professor Pejman Rohani in the gardens in front of the Ecology Building. (Photo by Andrew Davis Tucker/UGA)

The 2019-2020 flu season in the U.S. was unusual in a number of ways. Cases picked up in August rather than the more typical fall and early winter months, and it hit children particularly hard. It was also dominated early on by a Type B influenza virus instead of one of the much more common Type A viruses like H1N1 or H3N2.

A new study by researchers at the University of Georgia suggests that these dynamics were driven largely by a new, more transmissible strain encountering a population with very little existing immunity to it.

Their findings, just published in the Proceedings of the National Academy of Sciences, have implications for future vaccination and preparedness strategies.

“Influenza B viruses until now have been thought of as the junior partner in this endeavor, and what our paper demonstrates is that, in the 2019-2020 flu season, they were in fact the senior partner in the U.S. flu epidemic,” said Pejman Rohani, Regents’ and Georgia Athletic Association Professor in the Odum School of Ecology and College of Veterinary Medicine, the paper’s senior author. 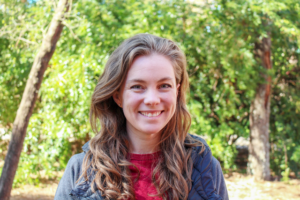 “That’s one way to see whether or not a proposed hypothesis fits in with the observed patterns,” said Borchering, at the time of the study a postdoctoral associate working with Rohani. She is now at Penn State University.

One hypothesis involved within-host interactions between different viruses, in which the immune response to one virus prevents the other from gaining a foothold; studies have suggested that such interference may be possible even across virus types if the exposures happen within a short enough time. They created one model to test that assumption.

Another possibility was that the genetic mutations that distinguished the 2019-2020 virus strain—known as “B/Victoria subclade V1A.3”—had made it more easily transmissible, as the mutations occurred on two genes that are involved in triggering the immune response. The team built a second model to test that premise.

They then compared the results of both models to see which most closely resembled the pattern observed in the actual outbreak data.

“We arrived at the explanation that it really was increased transmissibility of this novel variant, and at the same time the fact that the susceptible population, the population of individuals naïve to this virus, was larger than you would expect, which led to the dynamics that we see,” said Rohani.

One reason for the larger than usual number of people susceptible to the V1A.3 variant was that the previous year’s flu season was almost entirely the result of Type A influenza viruses, rather than a mix of A and B. People who’ve been infected by a Type A virus generally gain some immunity to related Type A viruses, but not to Type B viruses, while those previously infected by a Type B virus are likewise somewhat protected from other Type B viruses but not from Type A.

“That’s where age starts to come into it a bit,” said Borchering. “In the paper, we mention younger individuals were more severely affected [in 2019-2020] and that’s likely related to them having less time to be infected by other B viruses.”

Rohani and Borchering said that their findings pointed to the need to learn more about Type B influenza viruses and incorporate that knowledge into vaccine development and timing strategies.

“Our study suggests it’s important to keep an eye on the evolution of influenza B to avoid a vaccine mismatch in the same way they do with H3N2,” Rohani said, explaining that vaccine updates are based on predictions about what’s likeliest to be the next year’s H3N2 variant.

“Anticipating the timing of influenza A and influenza B epidemics could improve vaccination schedules, so that individuals have protection throughout the influenza season.”

Borchering said the team’s findings also point to the need for enhanced surveillance for influenza beyond the winter months, and that hospitals may want to consider ensuring that they are prepared for an influx of flu patients earlier than usual.

Another factor to consider is how steps taken to curtail COVID-19 transmission may affect future flu seasons.

“Measures trying to restrict transmission of SARS-CoV-2 prevent transmission of other respiratory viruses too—it’s not like you get to pick which virus you transmit,” said Borchering. “It’s unclear what exactly will happen, but there has been a very small influenza season this year. People aren’t getting the exposures they would normally get during flu season. Fewer exposures lead to fewer infections, and thus fewer individuals acquiring immunity. This could lead to large influenza epidemics in the future, particularly when combined with relaxation of COVID-19 prevention measures, such as social distancing and mask wearing.”