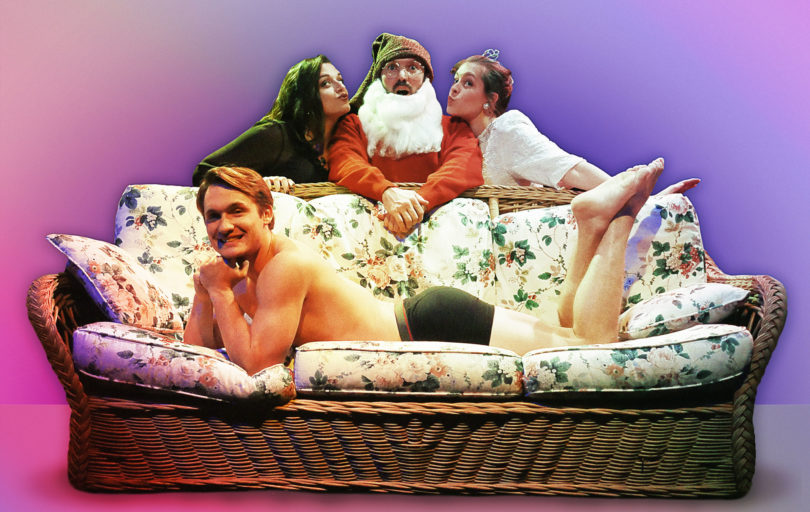 University Theatre presents Christopher Durang’s Vanya and Sonia and Masha and Spike, directed by Kristin Kundert, an associate professor of theatre in UGA’s Franklin College of Arts and Sciences.

The aging ingenue returns home for a surprise visit with her young, sexy lover Spike (finance and theatre major JD Hyers), a would-be actor who was once almost cast in a film.

Tensions mount as the three siblings grapple with regrets over their pasts and fears over what their futures may hold. While proving that siblings are never too old to get on each other’s nerves, Vanya and Sonia and Masha and Spike also shows that there’s no one like family to remind each other of what is most important.

“This play was a huge hit off-Broadway and then on Broadway just a few years ago; now it’s being performed by the top theaters throughout the country ,” said David Saltz, head of the theatre and film studies department. “It’s no wonder. The play is sexy and smart, and it vividly captures the sort of quirky relationships that develop only within very close families.”

“It’s nice to be able to go into the theater and laugh,” said Kundert. “The play encourages us not only to laugh at the characters, but to recognize and laugh at ourselves.” Eccentric and uniquely spiritual Cassandra (theatre major Lauren King), self-centered and larger-than-life Masha, sexy and insensitive Spike, compassionate and artistic Nina (theatre major Rebeca Ispas), calm and quiet Vanya, heart-on-her-sleeve Sonia—”all are odd in their own ways,” Kundert also said. “But all speak to quintessential human questions: Where do we fit? And what’s really important?”