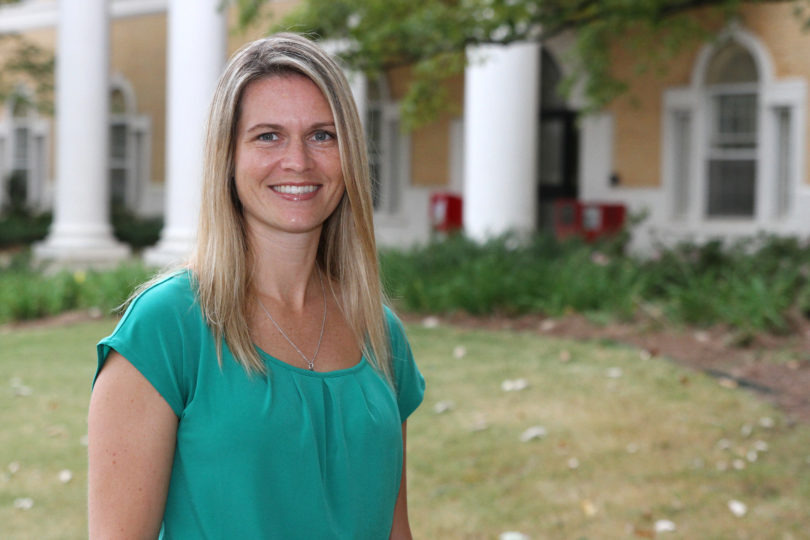 Athens, Ga. – A week’s vacation may leave many adults with a heavier midsection—extra weight that can hang around even six weeks post-vacation.

A faculty member in the University of Georgia’s College of Family and Consumer Sciences found that adults going on a one- to three-week vacation gained an average of nearly 1 pound during their trips. With the average American reportedly gaining 1-2 pounds a year, the study’s findings suggest an alarming trend.

“If you’re only gaining a pound or two a year and you gained three-quarters of that on a one- to three-week vacation, that’s a pretty substantial weight gain during a short period of time,” said Jamie Cooper, an associate professor in the college’s department of foods and nutrition.

The study supports the notion of “creeping obesity,” the common pattern of adults gaining small amounts of weight over long periods of time, leading to increased health problems later in life.

Cooper’s study involved 122 adults between the ages of 18 and 65—average age of 32—who went on vacations ranging from one to three weeks in length between the months of March and August.

Study participants agreed to three lab visits for height, weight and body mass index recordings, in addition to blood pressure and waist-to-hip ratio measurements. The first measurements were taken one week prior to vacation, then again one week and six weeks post-vacation.

The study found that 61 percent of the participants gained weight while on vacation, with an average gain of 0.7 pounds, and that the weight gained throughout the entire study averaged 0.9 pounds.

There was a large variation, however, with some participants losing weight and some gaining as much as 7 pounds.

“One of the challenges people face is unless you’re diligent about weighing yourself before and after vacation, usually you’re not going to notice a pound of weight gain,” Cooper said. “People don’t realize it’s happening, and that’s why they don’t lose weight following a vacation.”

Cooper noted there were some benefits to vacations. Study participants showed significantly reduced stress levels and a slight reduction in systolic blood pressure that lasted even six weeks post-vacation.

“This may, in part, be explained by the trend for more total activity while on vacation,” Cooper said. “Whether or not those positive changes in blood pressure and stress can overcome the negative health implications of gaining weight on vacation are yet to be determined.”

Cooper said future studies may be able to provide more data by examining food intake during vacation as well as the effectiveness of targeted interventions for cutting back on certain foods and drink.

The study was published online ahead of print in the journal Physiology and Behavior and included Theresa Tokar of Texas Tech University as a co-author.

The study, “A prospective study on vacation weight gain in adults,” is available at http://www.sciencedirect.com/science/article/pii/S0031938415302250.