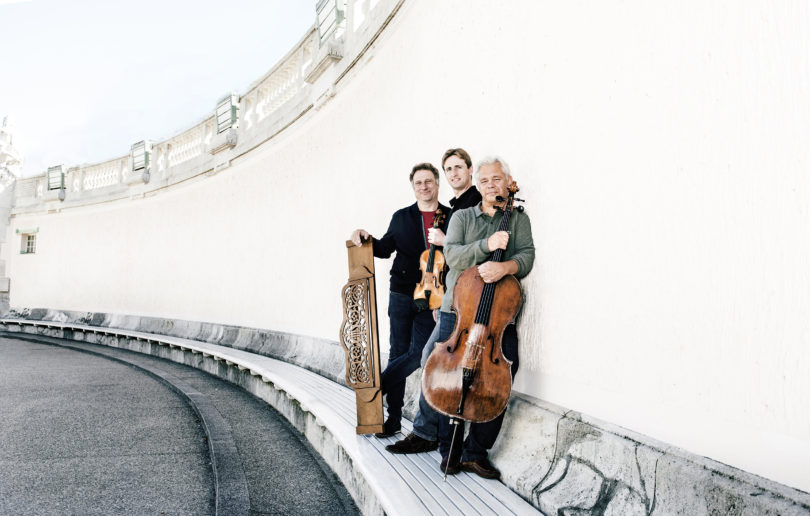 The Vienna Piano Trio will visit Athens for a Feb. 26 concert. (Submitted photo)

UGA Presents is bringing the Vienna Piano Trio to Athens on Feb. 26 for a 7:30 p.m. performance in Hodgson Concert Hall. The trio’s program will include Haydn’s Trio in E minor and Ravel’s Piano Trio in A minor. The concert will also feature Beethoven’s “Archduke” Trio in celebration of the 250th anniversary of Beethoven’s birth.

The Vienna Piano Trio was founded in 1988 by the Viennese pianist Stefan Mendl. His partners are the Californian violinist David McCarroll, a member of the trio since 2015, and the Austrian cellist Clemens Hagen, who joined in 2018. McCarroll plays a 1761 Gagliano violin, and Hagen plays a Stradivari cello from 1698. Together, the players embody the ensemble’s continuing commitment to bridging the traditions and practice of Europe and America.

Since the 2006-2007 season, the Vienna Piano Trio has had its own subscription series at the Vienna Konzerthaus and has been a regular visitor to the world’s major concert halls, including the Concertgebouw in Amsterdam, Palau de la Musica Catalana in Barcelona, Konzerthaus Berlin, Wigmore Hall in London and Cité de la Musique in Paris.

The trio’s extensive prize-winning discography on the Naxos, Nimbus and MDG labels covers the complete piano trios of Brahms, Dvorák, Saint-Saëns, Schönberg/Steuermann, Schubert, Tchaikovsky and Zemlinsky, as well as works by Beethoven, Haydn, Ravel, Schumann and others.

The Vienna Piano Trio’s Athens concert will be recorded for broadcast on American Public Media’s Performance Today, the most popular classical music program in the U.S.