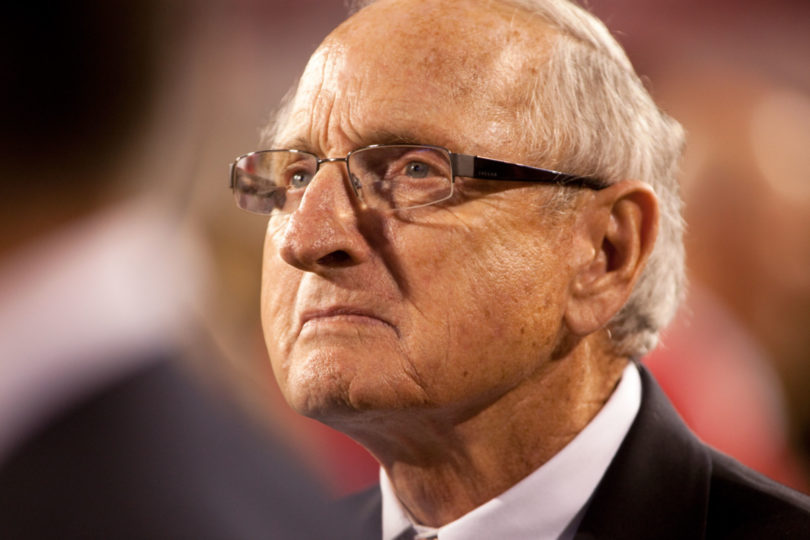 Vince Dooley, former director of athletics, has been inducted into the Marine Corps Sports Hall of Fame in Quantico, Va.

The U.S. Marine Corps Sports Hall of Fame honors former Marines who have excelled both on and off the athletic playing field.

Dooley, a former Marine captain, was head football coach at UGA from 1963-88 and director of athletics from 1979-2004. He posted a career record of 201-77-10 with the Bulldogs, becoming the ninth coach in NCAA Division I history to win more than 200 games. He guided UGA to the 1980 national championship and six SEC championships, and he took his teams to 20 bowl games.