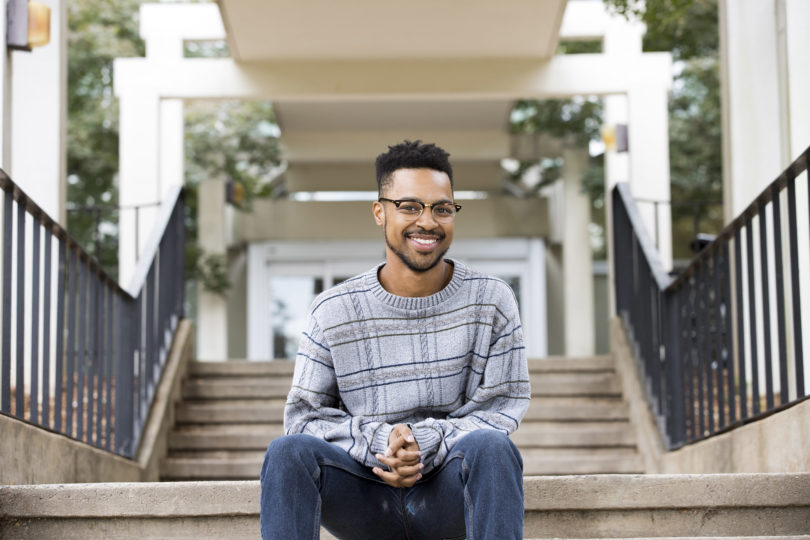 Vince White is a fourth-year environmental engineering major. “I want to one day be able to build infrastructure that’s very ecofriendly and uses new technology and new energy sources. I want to be an engineer first, so I can understand how buildings are built, and then go to grad school for architecture,” he said. (Photo by Dorothy Kozlowski/UGA taken in January 2020)

Vince White isn’t one to lie down on the job. He doesn’t really sit down either.

A desk assistant in Creswell Hall, White, a fourth-year environmental engineering major from Athens, received a second place award in the 2019 University of Georgia Student Employee of the Year competition for going above and beyond.

“As a desk assistant, it is common, especially when working late nights and weekends, to come in to your shift, open up homework, and make periodic eye contact as residents enter. This is not typical for Vince,” said Emily Wallace, White’s supervisor. “Rather than sitting, Vince stands his entire shift to appear more welcoming and friendly to guests and residents.

“Vince knows the name, major and a random fact of 80% of residents in Creswell Hall. Given that we have more than 900 residents, this is quite a task. When residents enter the dorm, Vince takes time to ask how their chemistry test, club soccer match, sorority formal or first date went. His inquiries are completely genuine, and this is recognized. Throughout the year, Vince has taken on the role of counselor, encourager and friend among others in addition to his title of being a desk assistant.”

White’s nontraditional approach to his housing job is actually pragmatic.

“It shows that I’m more engaged,” he said. “I feel like it’s more of a welcoming feeling when I’m standing up.”

His goal is to give off positive energy.

“I just know when I was a freshman coming back to the dorms, I wouldn’t always be in the best mood. It would be a long day. Maybe I’d have a test, a long day of assignments or getting a test back that I didn’t do well on,” he said. “I just want to give off positive energy, because there are times when I need it. I want them to take a step back and realize life is still great. They have their parents, their friends, their family. People care about them.”

And learning all of the names and stories is something he’s genuinely interested in. “I like to ask people questions—ask them how their day was.”

It goes back to advice his mother told him: “You can learn from anyone, no matter who the person is.” 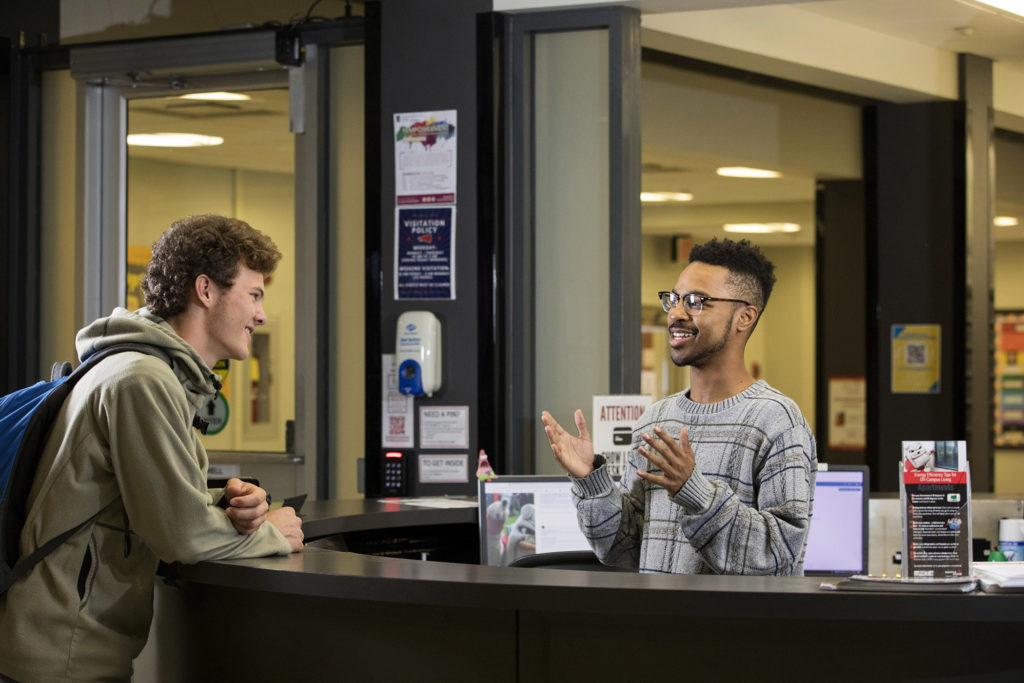 Vince White talks to a Creswell Hall resident. He’s been a desk assistant at Creswell Hall since his sophomore year. (Photo by Dorothy Kozlowski/UGA taken in January 2020).

He got the job his sophomore year. He originally applied his freshman year and waited for someone to email. His sophomore year, he was more proactive and reached out and emailed people about his genuine interest—and got the job. Nearly three years later, the job is still better than expected. Working around 16-18 hours a week, he’s learned how to communicate better, talk to people and read people.

He’s made some of his best friends on the job, and he sees it as beneficial to his career—where he hopes to one day build eco-friendly infrastructure.

“As an engineer or architect, I’m going to build for people,” he said. “Engineers aren’t good at communications so it can set them back. You can design something, but if it’s not what the client wants, then the time you spent designing it was wasted. This job helps me be able to read people better, communicate better.”

Student Employee of the Year nominations for 2020 are open until Feb. 6.