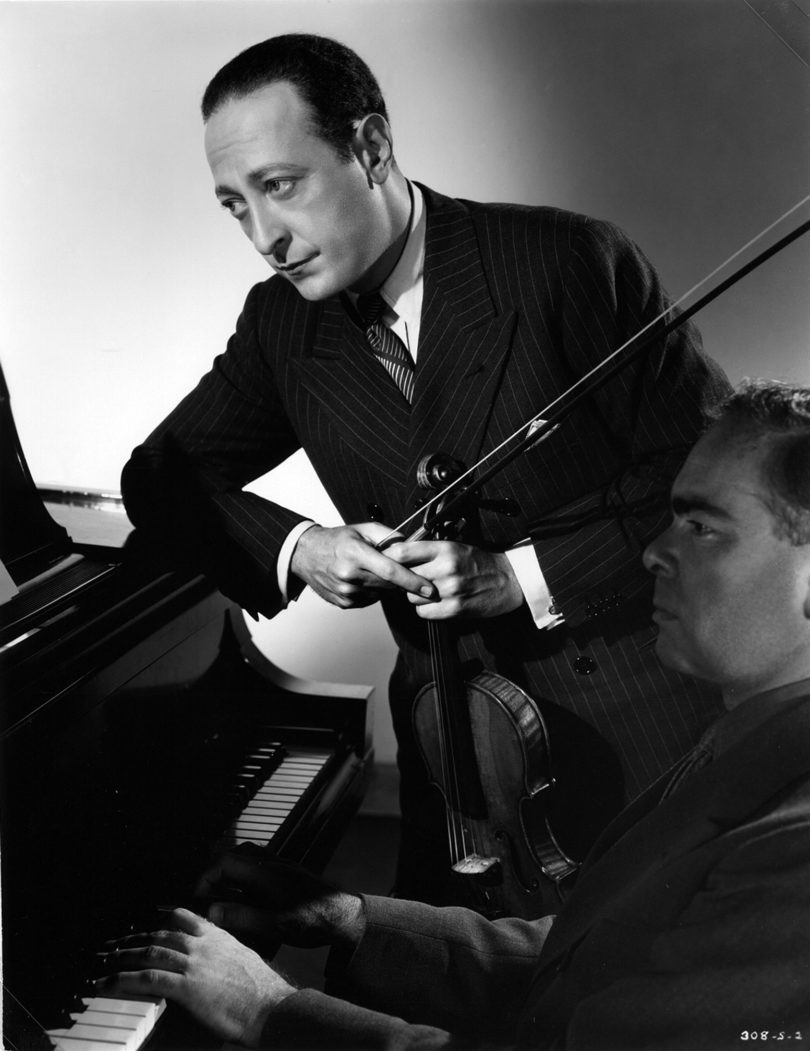 The life of violin virtuoso Jasha Heifetz will be celebrated Oct. 23-24 with a concert

The Performing Arts Center will pay tribute to the life of violin virtuoso Jascha Heifetz with a two-day celebration Oct. 23 and 24 in the Hodgson Concert Hall. Admission is free, but tickets are required for both events.

On Oct. 23 at 3 p.m., the Performing Arts Center will present “A Heifetz Celebration” with violinist Arnold Steinhardt and pianist Seymour Lipkin. The musicians will perform a world premiere of a transcription of Richard Strauss’ Dreams in the Twilight that Heifetz arranged but never performed in public.

Steinhardt was a founding member and first violin of the internationally acclaimed Guarneri String Quartet until the ensemble’s retirement in 2009. Lipkin won the Rachmaninoff competition at 20 and enjoyed a long career performing with the world’s major symphony orchestras. He was assistant conductor of the New York Philharmonic, and he performed with Heifetz on a 60-city tour.

Steinhardt and Lipkin’s concert will include works by Mozart, Schubert, Strauss and Grieg. Heifetz biographer John Maltese,  an associate professor of political science at UGA, will give a pre-concert lecture 45 minutes prior to the concert.

Jascha Heifetz: God’s Fiddler, a new film by Peter Rosen, will be screened Oct. 24 at 8 p.m. The film will officially open Nov. 11 at New York’s QUAD Cinema. The Athens preview screening will include a discussion with Rosen and Maltese. Rosen relied on research, period photographs and family home movies to create the first full-length film biography of Heifetz.

Tickets are available from the Performing Arts Center box office.