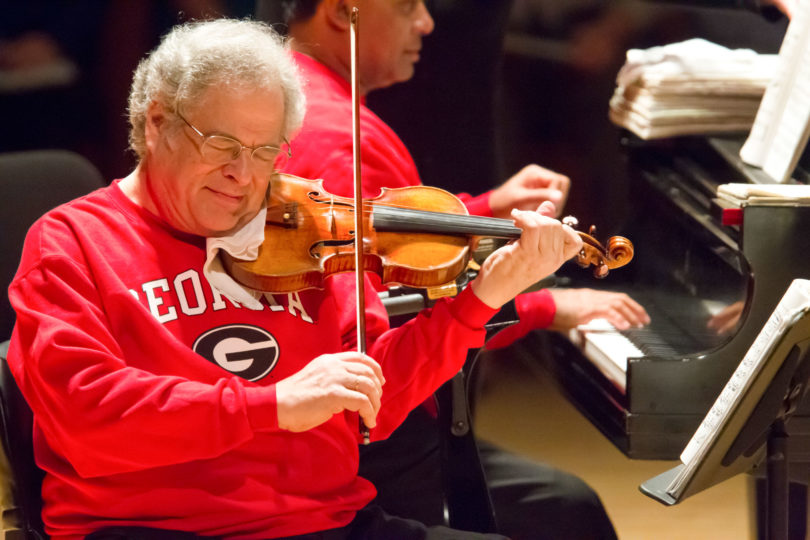 Celebrated violinist Itzhak Perlman performed Dec. 9 for nearly 2,000 music lovers in Hodgson Concert Hall. For the second half of his concert, he wore a Georgia sweatshirt and joked that he was having a hard time focusing on his music because he had Georgia on his mind. His long-time accompanist, Rohan De Silva, also donned Georgia apparel, and the packed house went wild when they took the stage.