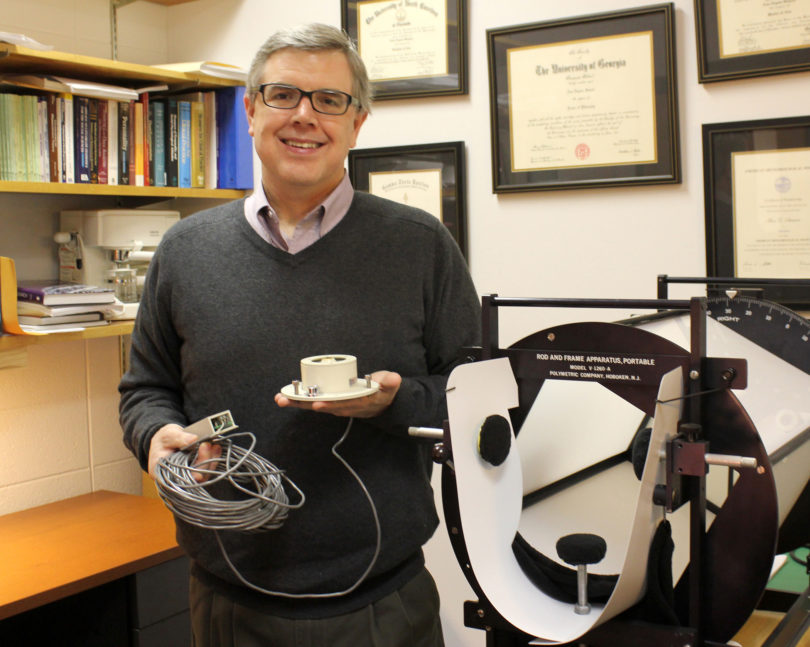 Vitamin D deficiency is not just harmful to physical health, but it also might impact mental health, according to a team of researchers that has found a link between seasonal affective disorder, or SAD, and a lack of sunlight.

“Rather than being one of many factors, vitamin D could have a regulative role in the development of SAD,” said Alan Stewart of the UGA College of Education.

An international research partnership between UGA, the University of Pittsburgh and the Queensland University of Technology in Australia reported the finding in the journal Medical Hypotheses.

Stewart and Michael Kimlin, from QUT’s School of Public Health and Social Work, reviewed more than 100 leading articles and found a relationship between vitamin D and seasonal depression.

Seasonal affective disorder, which is depression related to changes in season, affects up to 10 percent of the ­population, depending upon geographical location, according to Stewart, an associate professor in the counseling and human development services department.
“People with SAD have the same symptoms every year, starting in fall and continuing through the winter months,” Stewart said.

Based on the team’s investigations, vitamin D was likely to be a contributing factor in seasonal depression.

“We believe there are several reasons for this, including that vitamin D levels fluctuate in the body seasonally, in direct relation to seasonally available sunlight,” he said.

Studies show there is a lag of about eight weeks between the peak in intensity of ultraviolet radiation and the onset of SAD. This time correlates with the time it takes for UV radiation to be processed by the body into vitamin D.

Vitamin D is involved in the synthesis of serotonin and dopamine within the brain, both chemicals linked to depression.

“It is logical that there may be a relationship between low levels of ­vitamin D and depressive symptoms,” said Kimlin, a Cancer Council Queensland Professor of Cancer Prevention Research.

“Persons with greater skin pigmentation may experience not only higher risks of vitamin D deficiency, but also be at greater risk of psychological and psychiatric conditions,” Kimlin said.

Kimlin, who heads QUT’s National Health and Medical Research Council Centre for Research Excellence in Sun and Health, said adequate levels of vitamin D were essential in maintaining bone health, with deficiency causing osteomalacia in adults and rickets in children.

“What we know now is that there are strong indications that maintaining adequate levels of vitamin D are also important for good mental health,” Kimlin said. “A few minutes of sunlight exposure each day should be enough for most people to maintain an adequate vitamin D status.”