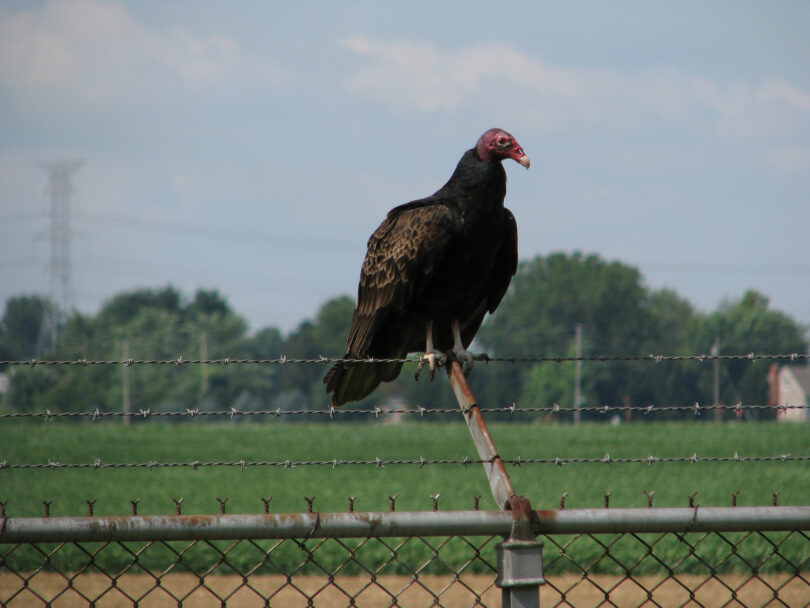 Vultures thrive near people, according to new research. (Submitted photo)

Human-altered landscapes often bring hardships for wildlife—unless you’re a vulture, according to a new study by University of Georgia researchers.

Since the late 1960s, researchers have noted a consistent increase in black vulture and turkey vulture populations across most of their North and South American ranges. While conservation legislation has certainly played a role, this rise is also attributed to better roosting conditions resulting from human-modified landscapes, according to Jacob Hill, a postdoctoral research associate at UGA’s Savannah River Ecology Lab.

The combination of developed land and open areas like wetlands, forests and dirt paths work to the birds’ advantage by producing obstruction air currents that reflect from one type of structure to another creating an updraft that helps them to fly, said Hill, adding that roads have a similar effect.

Assessing GPS satellite-tracking data from a study conducted by the United States Department of Agriculture, Hill and his research team compared where the birds lodged to see if they bunked in natural habitats or near human-modified areas. Published in the journal Scientific Reports, the findings consistently showed the birds selected roosting locations near roads and in fragmented landscapes. 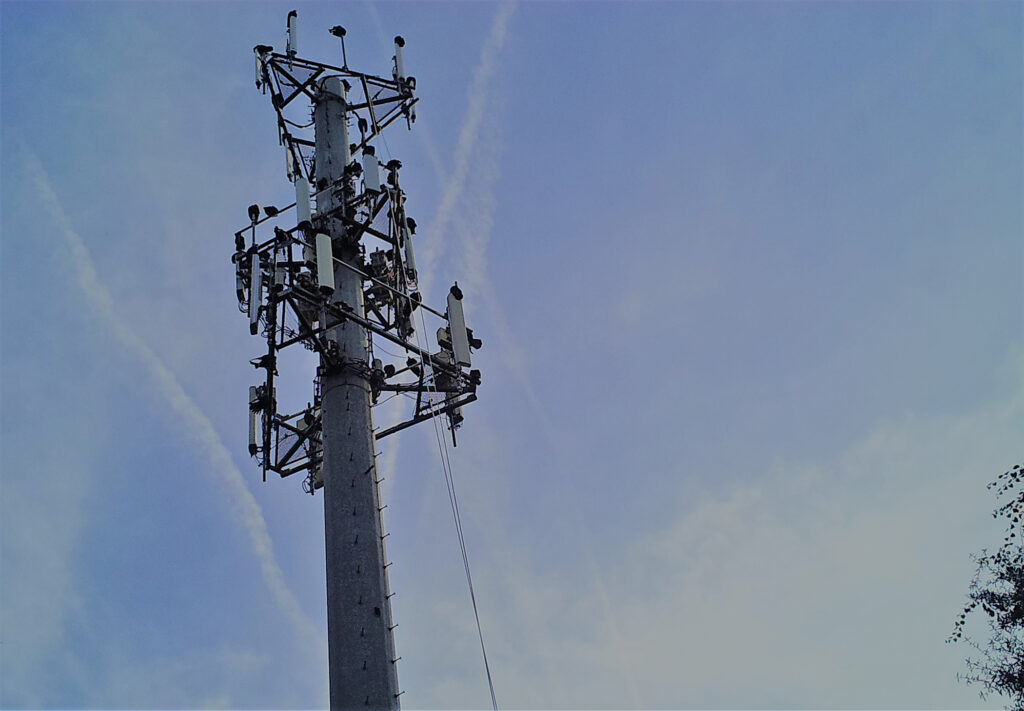 “The birds have a high amount of flexibility in where they can roost, but certain conditions, like moderate amount of changes to the landscape, are going to be favorable for them.” Hill said.

Vultures seem to do just as well in human-modified landscapes as they do in natural landscapes—and frequently do better, said Travis DeVault, study co-author and SREL associate director.

“Because they are really large birds, they can’t get off the ground as easily as smaller birds. They rely on the earth’s surface heating up to produce a thermal current. They can use those currents flowing around them to lift them up,” he said. “Landscape changes like paved roads with asphalt and concrete produce these thermal currents.”

Although the roads pose a risk, Hill said the benefits of getting a roadside meal outweigh the risks, and the birds seem to know when to take that risk.

“These vultures were found near intermediate roads. Intermediate road levels are probably about what you’d find in a small suburb or small town,” he said. “Somewhere between an agricultural area with few roads and a large city with a high density of roads.” 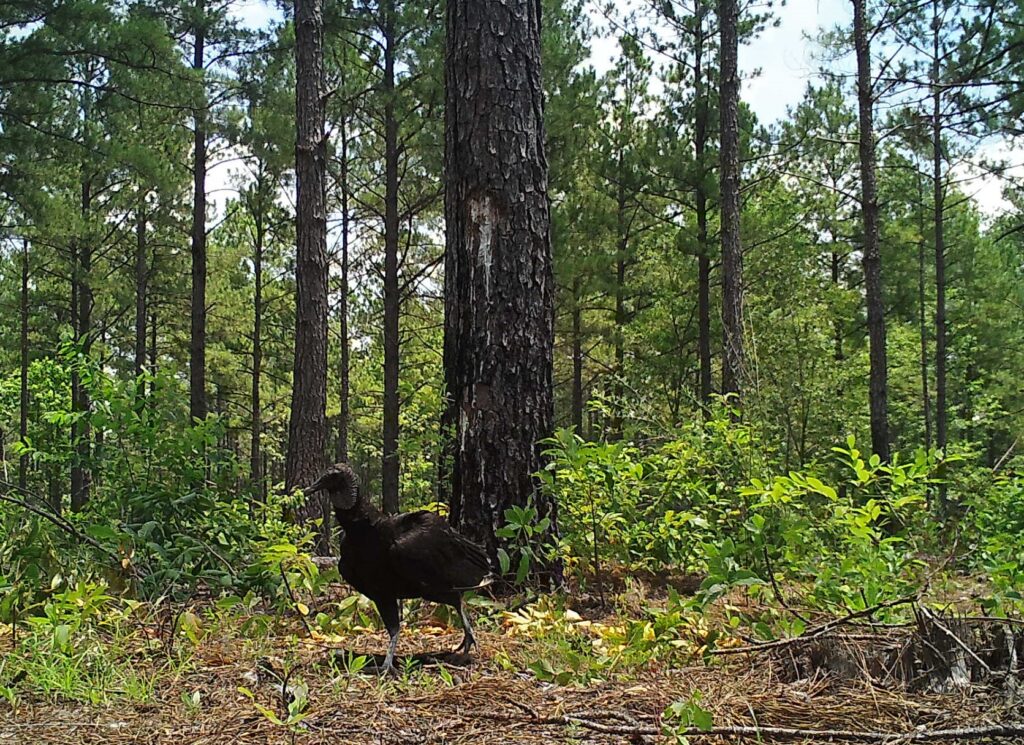 A black vulture investigates a carcass site in a pine forest. (Submitted photo)

The USDA study the researchers analyzed tracked seven turkey vultures and 11 black vultures for close to 8,000 nights on a military base in Beaufort, South Carolina.

Distinguishable from their black-headed cousins by their red heads and occasional dark brown feathers instead of black, turkey vultures can sniff out a hidden carcass.

The researchers report vultures are frequently found roosting near shopping centers in urban areas where they take advantage of fine dining options in the form of discarded trash. However, that was not the case for these vultures. They perched in areas with less human development, potentially to avoid encounters with people.

DeVault said these birds demonstrate flexibility in both diet and their home range (how much they move around the landscape). Their food sources can vary from domestic animals to roadkill and depends on where they live and what resources are available.

The researchers said it’s essential to study these birds to develop appropriate management techniques because of the incredible paradox they present.

“While vultures provide a huge ecosystem benefit by removing dead carcasses from the landscape— reducing the spread of disease—balance is needed to address the potential risks of aircraft collisions,” DeVault said.