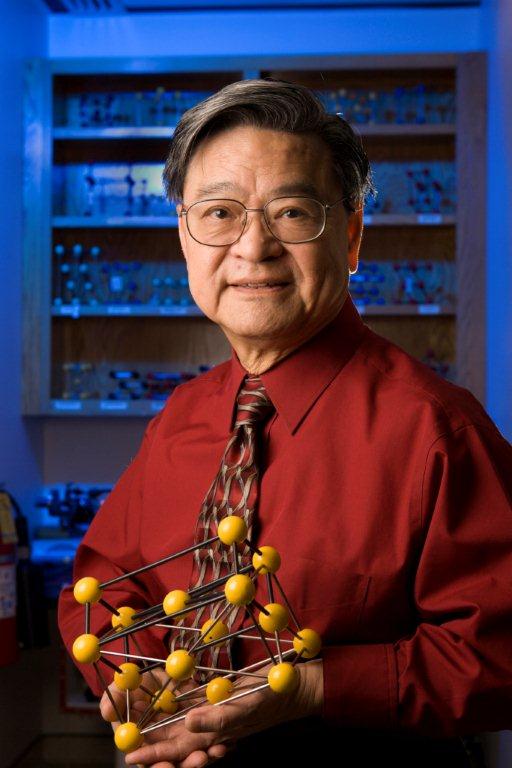 Athens, Ga. – B.C. Wang, the Ramsey-Georgia Research Alliance Eminent Scholar in Structural Biology at the University of Georgia, has been named a Fellow of the American Crystallographic Association-one of 16 named in the organization’s inaugural class of Fellows.

Several of the new inductees are winners of the Nobel Prize, and the entire class was announced at the annual meeting of the ACA last week.

Wang, a native of China who has been on the faculty at UGA since 1995, was named, in 2008, winner of another top honor from the same group, the A. Lindo Patterson Award, which is presented once every three years.

Wang has served on the Biophysical Chemistry Study Section for the National Institutes of Health, as president of the Pittsburgh Diffraction Society and as co-editor of Crystallographic Reviews. In 1997, Wang initiated and founded the Southeast Regional Collaborative Access Team (SER-CAT), a consortium of 25 institutions for the use of synchrotron X-rays at the Advanced Photon Source of the Argonne National Laboratory in Illinois.

From 2000 to 2006, he directed the NIH-funded Southeast Collaboratory for Structural Genomics. In 2005, he was co-founder of the Global Structural Proteomics Initiative between the United Kingdom and the Southeastern U.S. He also is head of the Georgia X-Ray Crystallography Laboratory at UGA, an advanced academic X-ray crystallography laboratory for home-based research activities. His research is supported by the NIH, the U.S. Department of Agriculture and the Georgia Research Alliance.

The membership of the ACA voted to approve the Fellows Program in the 2009 Annual Elections. During the past 60 years, the ACA has established 10 individual awards to recognize and honor outstanding scientists who have made seminal contributions in research, science policy and outreach to the general public. Each of these awards recognizes contributions within a specific set of criteria and, in general, are only awarded once every three years.

The new Fellows program recognizes “a high level of excellence in scientific research, teaching and professional duties, but also service, leadership and personal engagement in the ACA and the broader world of crystallography and science. ACA Fellows will serve as scientific ambassadors to the broader scientific community and the general public to advance science education, research, knowledge, interaction and collaboration.”

The American Crystallographic Association, Inc. is a non-profit, scientific organization of over 2,200 members in more than 60 countries.ACA was founded in 1949. For more information about the organization, see http://www.amercrystalassn.org/.

For more information about UGA’s Franklin College of Arts and Sciences department of biochemistry and molecular biology, see http://www.bmb.uga.edu/home/index.php.