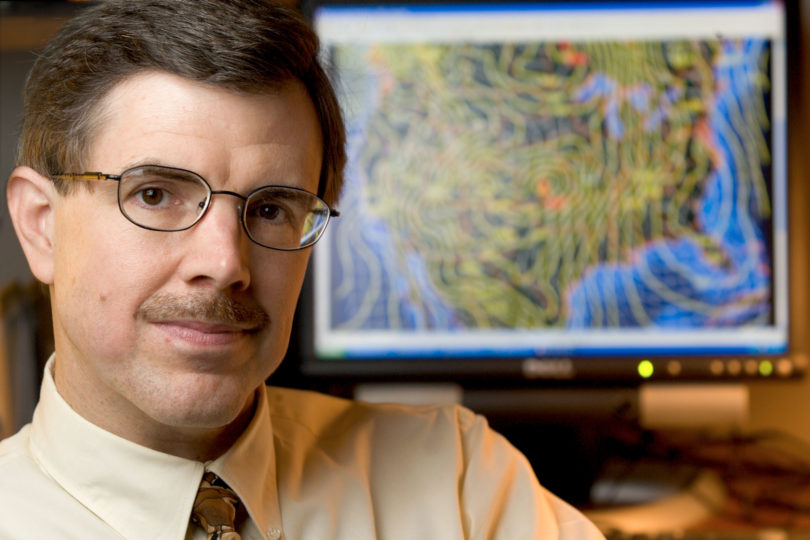 Alan Stewart is a weather and climate psychology professor who studies the effect severe weather has on our mental health. (UGA file photo)

Three new studies led by UGA weather and climate psychologist Alan Stewart suggest that people living near the U.S. Gulf Coast may systemically underestimate the damages that some hurricanes can produce when landfall occurs.

However, if people are given additional information on the destructive potential of certain hurricanes, they would be more likely to evacuate compared to those who were given the hurricane category alone, said Stewart, an associate professor in the College of Education’s department of counseling and human development services.

As the intensity of a hurricane increases on the Saffir-Simpson Hurricane Scale, or SSHS, previous studies have documented that economic damages tend to increase exponentially.

“Hurricane destructiveness increases nonlinearly with increases in storm intensity,” he said. “Our studies suggest that people are not aware of this relationship.”

In two studies, one of which involved university students and the second of which involved a random sample of people residing in counties along the U.S. Gulf Coast, a majority of people in each sample indicated that damages increased in a straight-line manner and thus underestimated the degree of damage that could occur. The magnitude of coastal residents’ damage underestimations ranged from a factor of approximately two for a Category 2 hurricane to a factor of about 15 for a Category 5 hurricane.

A third study, involving Gulf Coast residents, found that especially for hurricanes of Categories 2 or 3, people provided with the exponentially increasing damage estimates were more likely to report that they would evacuate compared to people who were given the hurricane category alone. The study concluded that the public would benefit from additional education about the ways that the destructive potential of hurricanes increases exponentially as their Saffir-Simpson intensity increases.

The first and second studies suggest that the public needs to learn more about the nonlinear relationship between hurricane intensity and the corresponding damages that may result. The third study suggests that framing possible storm damages in the nonlinearly increasing multiples of damages produced relative to a minimal hurricane may increase compliance with evacuation orders.

The three studies appeared in the most recent issue of the journal Weather, Climate and Society, published quarterly by the American Meteorological Society.
Stewart recommended that citizens examine the website of the National Hurricane Center (www.nhc.noaa.gov/sshws.shtml) to gain a better understanding of the nature and magnitude of hurricane impacts associated with each Saffir-Simpson category.