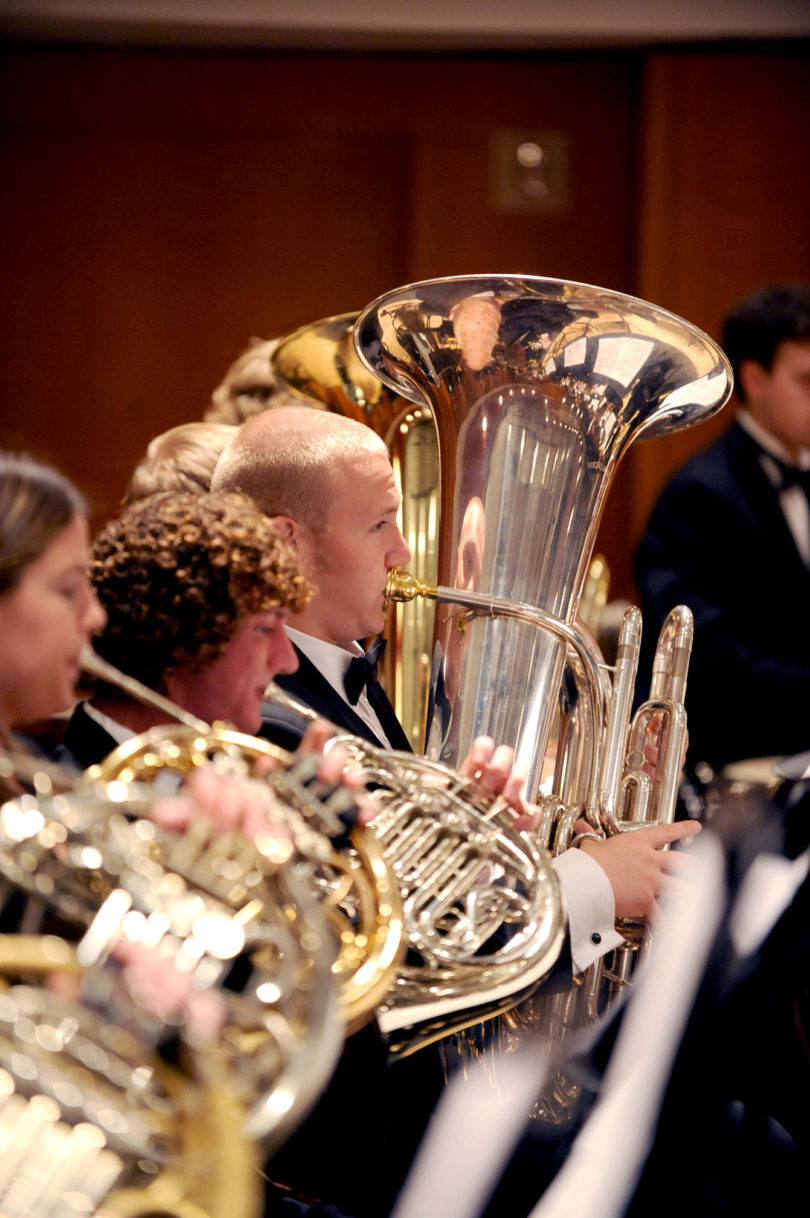 The Wind Ensemble performs works for eight to 80 players and presents repertoire composed from the Middle Ages to tomorrow.

The UGA Wind Ensemble will give its final performance, titled “Dedications,” of the academic year April 12 at 8 p.m. in Hodgson Hall. Tickets for the concert, which will feature more than 60 UGA students, are $10 ($5 for UGA student with ID).

“Dedications” will showcase a variety of challenging compositions for wind band, including an arrangement of Tarentella from John Corigliano’s Symphony No. 1, Richard Wagner’s Huldigungsmarsch, Claude Debussy’s The Engulfed Cathedral and Igor Stravinsky’s Symphonies of Wind Instruments-a work the composer dedicated to Debussy.

A special highlight of the performance will be Carter Pann’s Symphony for Winds: My Brother’s Brain. The composition places unique demands upon the Wind Ensemble, including a massive instrumentation and highly technical passages.

“Carter has really pushed the envelope of the modern wind band’s ability, and his work forces musicians to grow,” said John Lynch, director of the group.