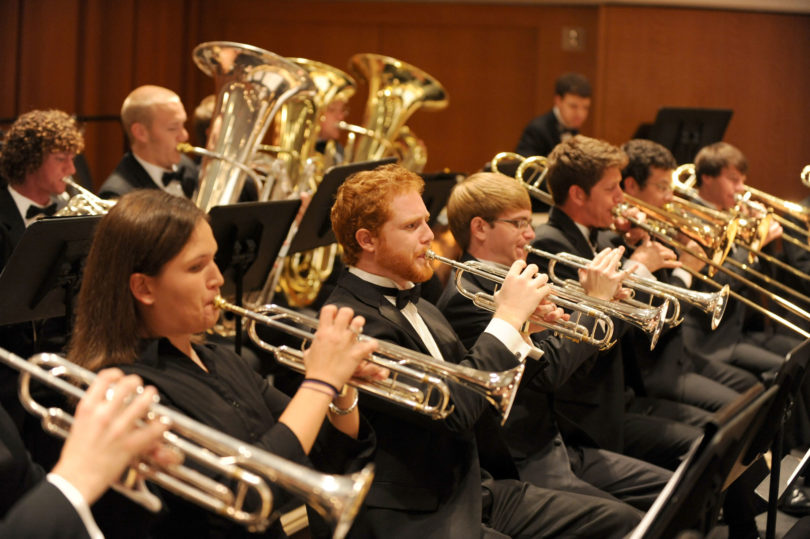 The Hugh Hodgson School of Music’s 2nd Thursday Scholarship Concert Series continues with “On the Road,” a performance by the UGA Wind Ensemble, on Feb. 14 at 8 p.m. in the Hodgson Concert Hall. Tickets, $18 for the general public and $5 for UGA students, are available at the box office, online at www.pac.uga.edu or by calling 706-542-4400.

The concert is a sneak preview of the ensemble’s upcoming performance at the American Bandmasters Association 2013 Convention in Tampa, Fla., as well as its upcoming tour to Paris and Switzerland.

“It’s quite fitting that our Valentine’s Day concert features many of the same compositions that we’ll be performing in Paris, one of the most romantic cities on the planet,” said John P. Lynch, a professor in the music school and director of the 60-member UGA Wind Ensemble. “Joining the UGA Wind Ensemble for a 2nd Thursday performance is the perfect way to spend this romantic evening.”